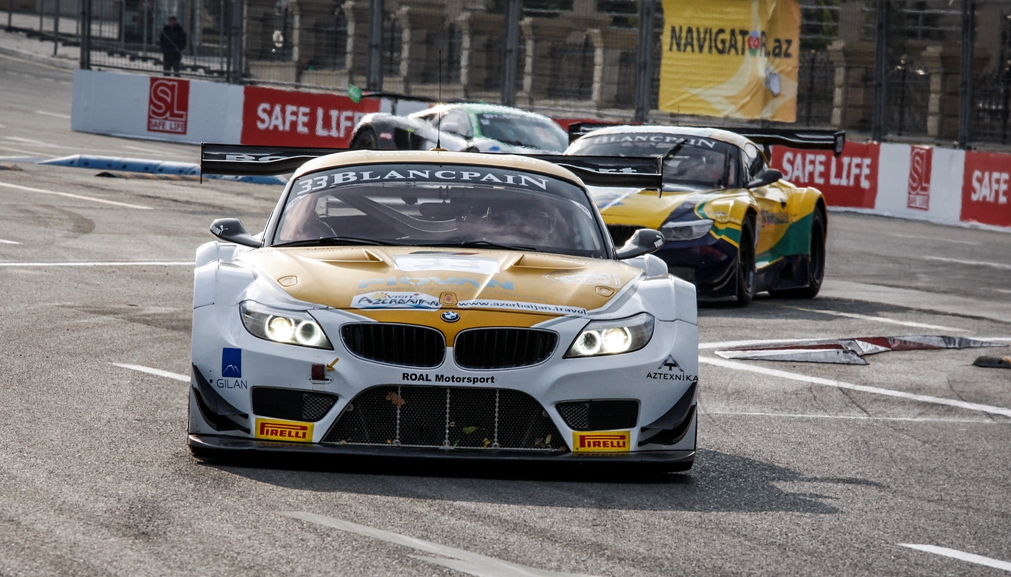 Everything was set for BMW works driver Alessandro Zanardi (IT) to end the 2014 Blancpain Sprint Series on a high. At the season finale in Baku (AZ) both the qualifying race and the main race were held today, Sunday. Zanardi’s BMW Z4 GT3 was handling well on the narrow street circuit and the Italian had a clever race strategy. But lady luck was not on his side, as his race day came to an early end when another competitor put him into the wall halfway through the qualifying race.

Zanardi started the qualifying race from 13th on the grid. His plan was to avoid any trouble, to move up in the order and to secure a good grid position for the main race where he aimed for a strong result. All went according to plan for the first 30 minutes. The opening lap saw several collisions, which caused a long safety car period, but Zanardi came safely through all the turmoil. He improved to 11th and kept moving forward, but after around 30 minutes his race was all of a sudden over. His BMW Z4 GT3 was hit heavily from behind and pushed into the wall. In the impact the car suffered severe damage at the front. When the ROAL Motorsport team, which enters Zanardi’s BMW Z4 GT3, inspected the damage, it had to accept that it could not be repaired in time for the main race.

“I was driving a very good race, the car felt very good and I knew sitting in a BMW would give me an advantage towards the end of the race,” Zanardi reported. “So I was just trying to take care of my equipment and keep the right distance between myself and the car in front in order to keep my tyres and brakes in good condition. I could see that other people in front where experiencing grip or brake problems, which I was not having. So I was waiting for them to lose a little bit of performance and then would have started to try to attack and move forward.”

“Then the car in front of me had a problem and I just needed to pass that guy,” he continued. “When I was basically alongside him going into the corner, the driver behind me misjudged his braking point, hit me quite violently, sent me into the wall and that was it. It is a pity. My BMW Z4 GT3 was working perfectly today and it is a pretty sad reward for all my boys from ROAL Motorsport and BMW who worked so hard all weekend. I think we could have gone home much happier had we just finished the race with no misfortunes.”

Both the qualifying and the main races were won by Cesar Ramos (BR) and Laurens Vanthoor (BE). The best placed BMW car was the BMW Z4 GT3 of BMW Sports Trophy Team Brasil, driven by Ricardo and Rodrigo Sperafico (both BR), who finished tenth and ninth respectively.