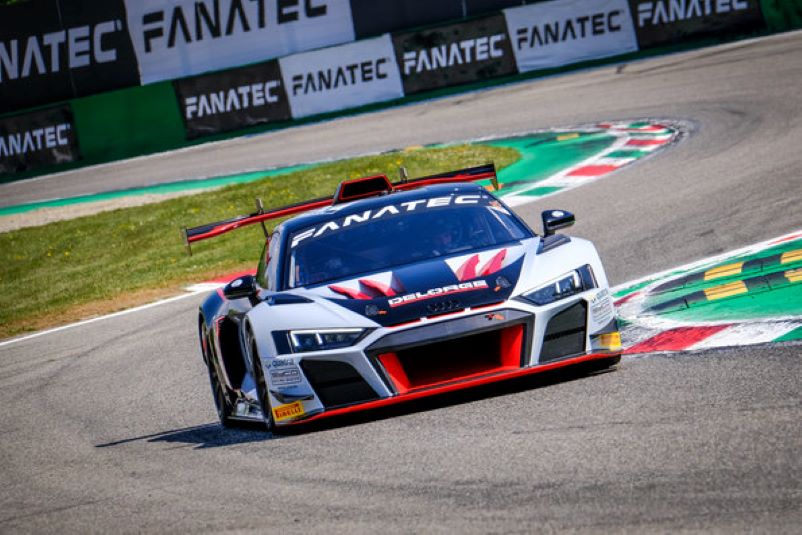 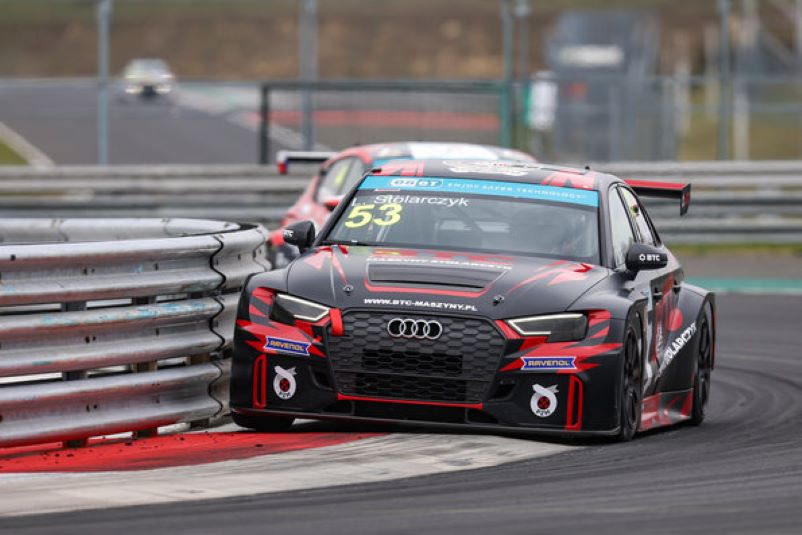 Two victories for Audi Sport’s most powerful model at Monza

Podium results for GT3 version at the Nürburgring and in Hungary

Sensational start at Monza: The Audi R8 LMS GT2 started to its first European season with the best possible result. In the two inaugural races of the new GT2 European Series, the most powerful model in the Audi Sport customer racing lineup with 470 kW (640 hp) has achieved two victories. Three teams relied on the Audi R8 LMS GT2 at the royal park of Monza. Initially, Team High Class Racing put in the best performance.

Anders Fjordbach started the first race from pole position, initially losing one place which he quickly regained. At the driver change towards the middle of the 50-minute race, the Dane handed over his car to teammate Mark Patterson with an eight-second lead. The American increased the gap to 16.6 seconds by the finish.

The first GT2 winners on European soil are two successful returnees to an R8 cockpit: both privateer drivers had already clinched successes with the GT3 version of the model in earlier years. In the second race, two Audi R8 LMS GT2 cars moved to the front of the field after the pit stops. In the end, the PK Carsport team with Bert Longin/Peter Guelinckx won.

Second place with a gap of only 0.65 seconds went to LP Racing with Luca Pirri/Stéphane Ratel. In the standings, Patterson/Fjordbach share the lead with Guelinckx/Longin with 37 points after the first of five events.

Podium finishes in Europe: Phoenix Racing was the best Audi customer team on the Nordschleife in the second round of the Nürburgring Langstrecken-Serie. The Dane Nicki Thiim celebrated third place in the Audi R8 LMS on his 32nd birthday with his Italian driver colleague Michele Beretta ahead of Phoenix teammates Vincent Kolb/Frank Stippler. In the Eastern European Eset Cup, Petr Kačírek in the Audi R8 LMS finished third in the GT3 class in the second sprint at the season opener at the Hungaroring.

Successes at the Nürburgring, in Hungary and in China: At the second round of the Nürburgring Endurance Series, the Audi RS 3 LMS was the best TCR model in the field. The Danes Peter Hansen and Lars Nielsen won the TCR Am classification at the four-hour race on the Nordschleife with a two-lap lead. The model was also unbeatable in the Eastern European Eset Cup.

Bartosz Groszek was the best TCR driver in the endurance race. The Pole won his class at the Hungaroring after 60 minutes of racing with a one-lap lead. The TCR Eastern Europe also kicked off its 2021 season at the same event, with Milovan Vesnić from Serbia finishing third in the Audi RS 3 LMS in the first sprint.

In the second sprint, Pole Lukasz Stolarczyk recorded second place in another Audi. With a total of five RS 3 LMS cars, Audi Sport customer racing was strongly represented at the TCR Eastern Europe season opener. In round one of the Zhuhai Motorsports Association (ZMA) in China, two trophies went to Audi as well.

Lu Zhenming clinched second place in his class on the southern Chinese circuit of Zhuhai in the Audi RS 3 LMS fielded by Team Xinghai TPR Racing ahead of brand colleague Zeng Weiye from Champ Motorsport.

Trophies for the production-based sports car: In the GT4 European Series as the highest-ranking continental GT4 racing series, the Audi R8 LMS GT4 competed in a field of 46 entrants at the season opener at Monza. In the second race, the Saintéloc Racing team with Gregory Guilvert/Fabien Michal improved from tenth on the grid to third position with the entry-level sports car.

The two Frenchmen, champions of GT4 France for the third time in a row last year, were thus the best Pro-Am driver pairing in the field. With a total of eight R8 LMS GT4 cars fielded by four teams, Audi Sport customer racing is strongly represented in the GT4 European Series this year. The Audi R8 LMS GT4 scored another trophy at the Nürburgring.

At the second round of the Nürburgring Endurance Series, the Giti Tire Motorsport by WS Racing team with Carrie Schreiner/Célia Martin was the only contender to win the SP8 class after four hours of racing. There was also a trophy for Audi’s GT4 sports car in Asia. At the Zhuhai Motorsports Association (ZMA) season opener, Cao Qi finished second in his class for Team Champ Motorsport.