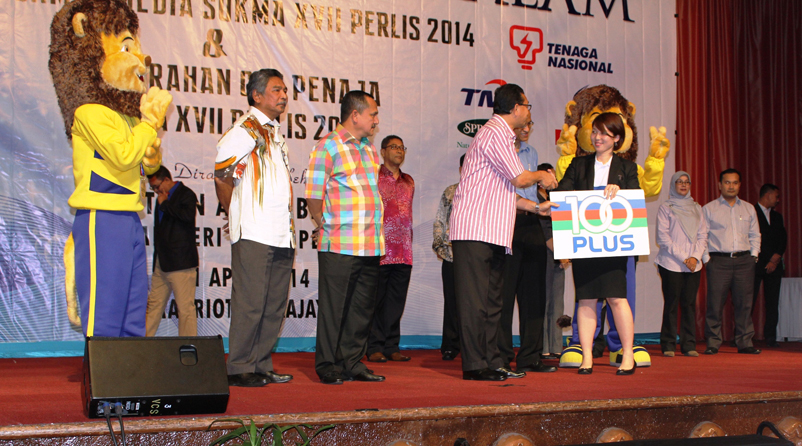 KANGAR (16 April 2014) – Y.A.B. Azlan Man, the Menteri Besar of Perlis, has given the assurance that the state is well and ready to host the 17th edition of the SUKMA with facilities already 95% completed.

Speaking at a sponsors’ event and media briefing dinner earlier this week, Azlan said that most of the infrastructures were undergoing upgrading works which meant that it has put less pressure on the need to deliver totally new, untested venues.

The majority of the facilities will be ready by end of April.

“The last to be completed would be the aquatic centre which we are expecting delivery by the first week of May,” said Azlan, who had received RM 5.8 million from the various sponsors.

“We are a small state being given a big responsibility, so hosting the SUKMA will be a challenge for sure.

“But that does not mean that we are taking things easy. We will do our best to deliver one of the best editions of the SUKMA ever. Security will tight at all venues so as to avoid past problems with PDRM already confirming that they will place a total of 1650 personnel for the duration of the games.”

Azlan said that while the Perlis is not aiming to win the overall crown, it will still be a challenge nonetheless for their athletes at the SUKMA this year where they have been set the target of winning 14 gold medals, 15 silver and 10 bronzes.

“We are not aiming to win the overall crown but it is important that our athletes meet the target which has been set. We have planned the incentives but let them perform first. Then will we make the announcement.”