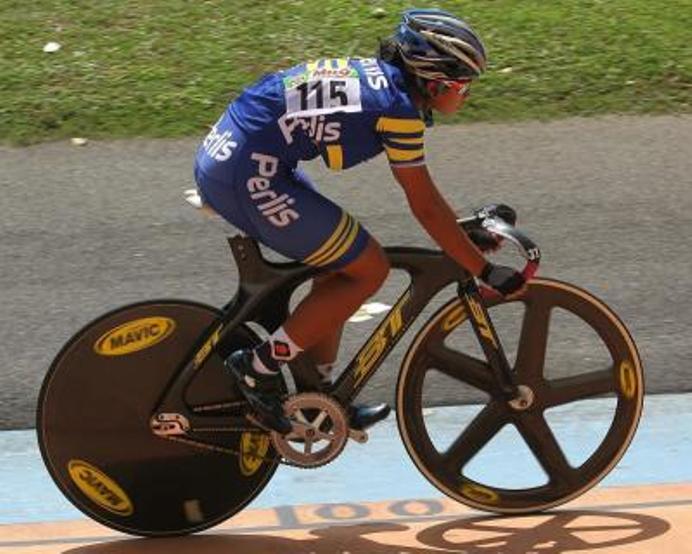 IT has been a hectic month of competing at international level – first at the South-East Asian Track Grand Prix in Cheras before flying off to Astana, Kazakhstan for the Asian Cycling Championships – for national cyclist Jupha Somnet.

And it does not stop at that for Jupha who is Perlis’ hope to achieve their two-gold medal target in the 17th Malaysia Games (Sukma) to be held in Perlis from May 24-June 4.

The 21-year-old who is of Malay-Thai parentage will be rushed to Perlis soon after arriving Kuala Lumpur from Kazakhstan on May 29. Her events are on June 1 and 2, which gives her ample time to recover for the Games. 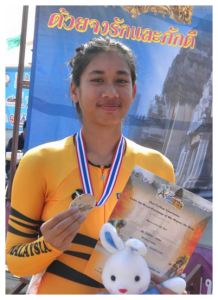 The hosts are counting on the 21-year-old Somnet, who is of Malay-Thai parentage, to deliver in criterium and road race and make up for Perlis’ disappointment of not winning any gold medal in the 2012 Sukma in Pahang. Perlis could only manage one silver and one bronze.

“We hope to win a total of five medals this year. The Perlis cycling team has put in a lot of effort in preparing for this year’s Sukma. We train five hours a day – three hours in the morning and two hours in the evening.

“Jupha is our cycling darling. She is our golden hope. We are confident she will strike gold for the home supporters,” added Afandi.

Jupha is best remembered for winning four gold medals in Kuala Lumpur in 2011 (when the Games are held on a smaller scale and hosting by the National Sports Council) and named the Best Female Athlete for efforts.

Just like any other team, the Perlis stagte government will also give out cash incentives to their medal winners – RM3,000 for a gold medal, RM2,000 (silver) and RM1,000 (bronze). However, Perlis will also give out “instant cash incentives” on the spot to their medal winners. According to Afandi, the amount is not revealed as it is supposed to be a surprise for the athletes.