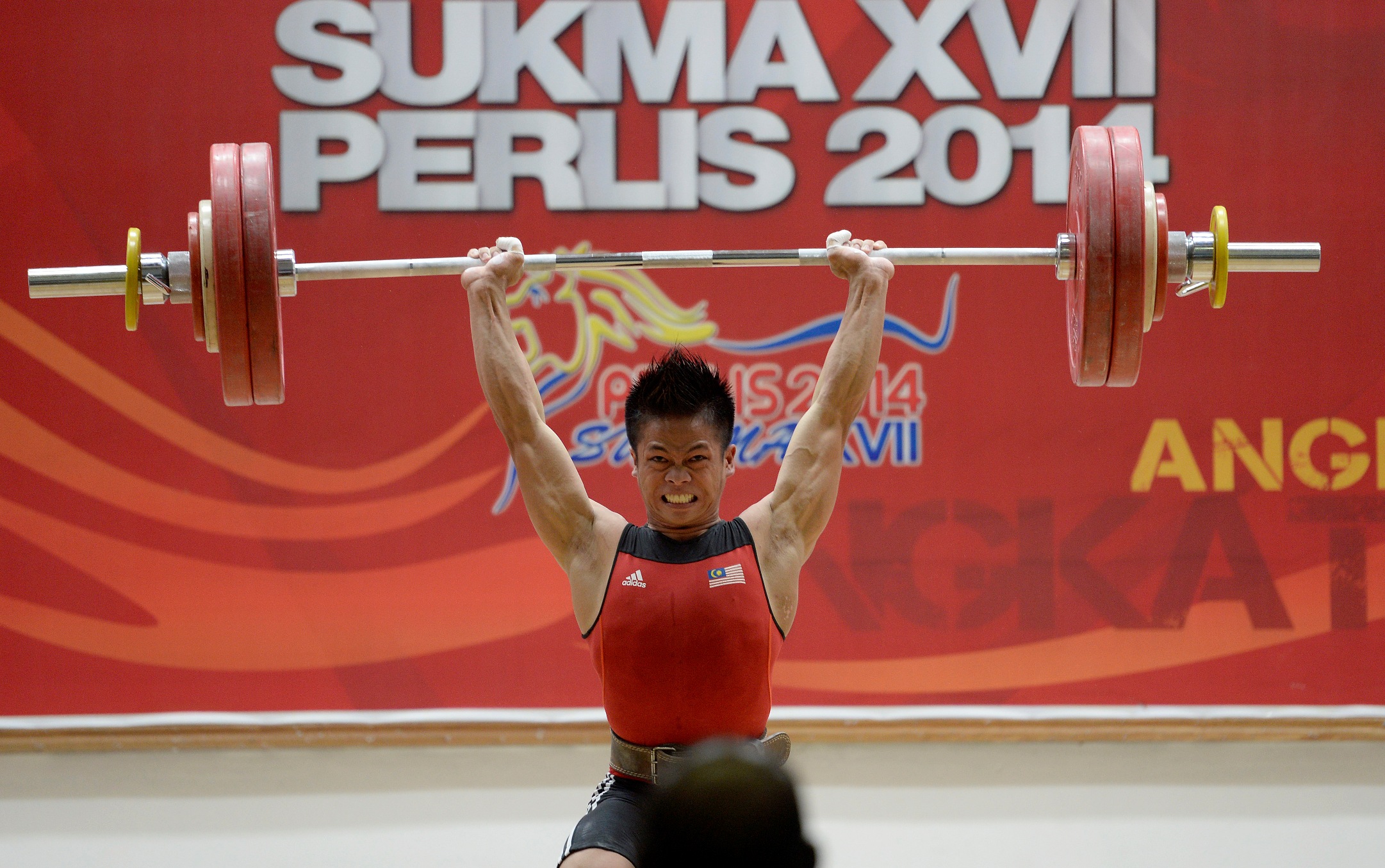 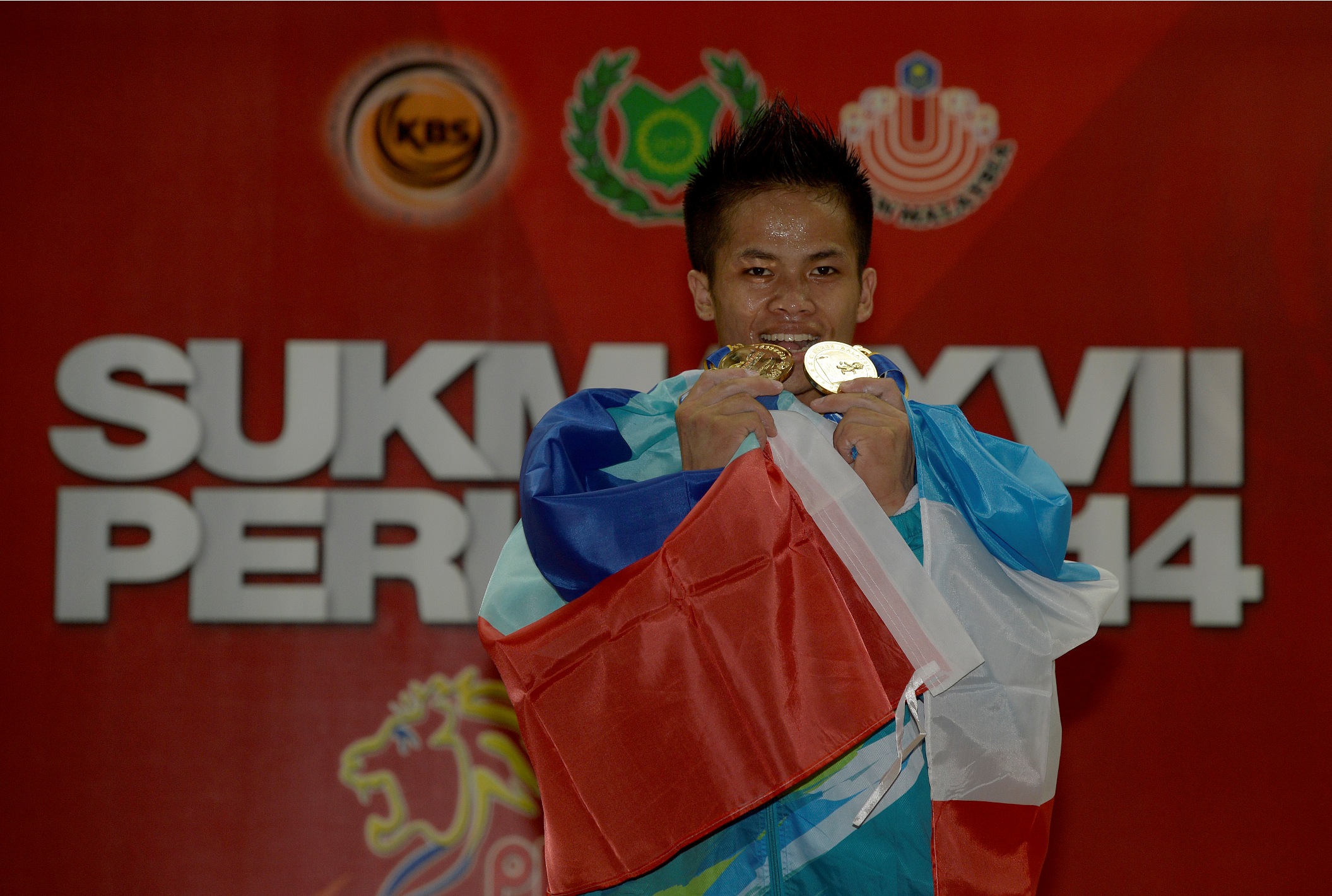 Sabah weightlifter who managed only a fifth place in last year’s SEA Games in Myanmar made up for his disappointment with a double gold-medal haul in Perlis with a new national record in the men’s below 62kg category.

The 20-year-old’s golden performance at the Institute Kemahiran Belia Negara in Kuala Perlis saw the Sabahan set a new record in the snatch with a lift of 127kg with his third lift – erasing Naharudin Mahayudin’s old mark of 126kg.

The silver went to Selangor’s Muhammad Hisyam of Selangor who recorded 105kg with Wilayah Persekutuan’s Muhamad Hazirul (104kg) settled for the bronze.

It was double joy for the Sabah contingent when Constantine came back for the clean and jerk with renewed confidence and rode on his record breaking feat in the snatch to take the gold with 143kg on the bar with his very first attempt.

He then raised the bar to 150kg but was a spent force and failed in his next two attempts. The gold was his for the taking after Kelantan’s Zaidi Nordin could only manage in 140kg in his third and final lift to take the silver. Muhamad Hisyam won the bronze with a 131kg total.

“I was confident of winning a gold but to take two in the event with a new national record is even more sweeter” said a jubilant Constantine.

Earlier in the day Pahang’s Siti Zaleha Yusof also completed a double by winning the snatch and the clean and jerk in the women’s below 48kg category. 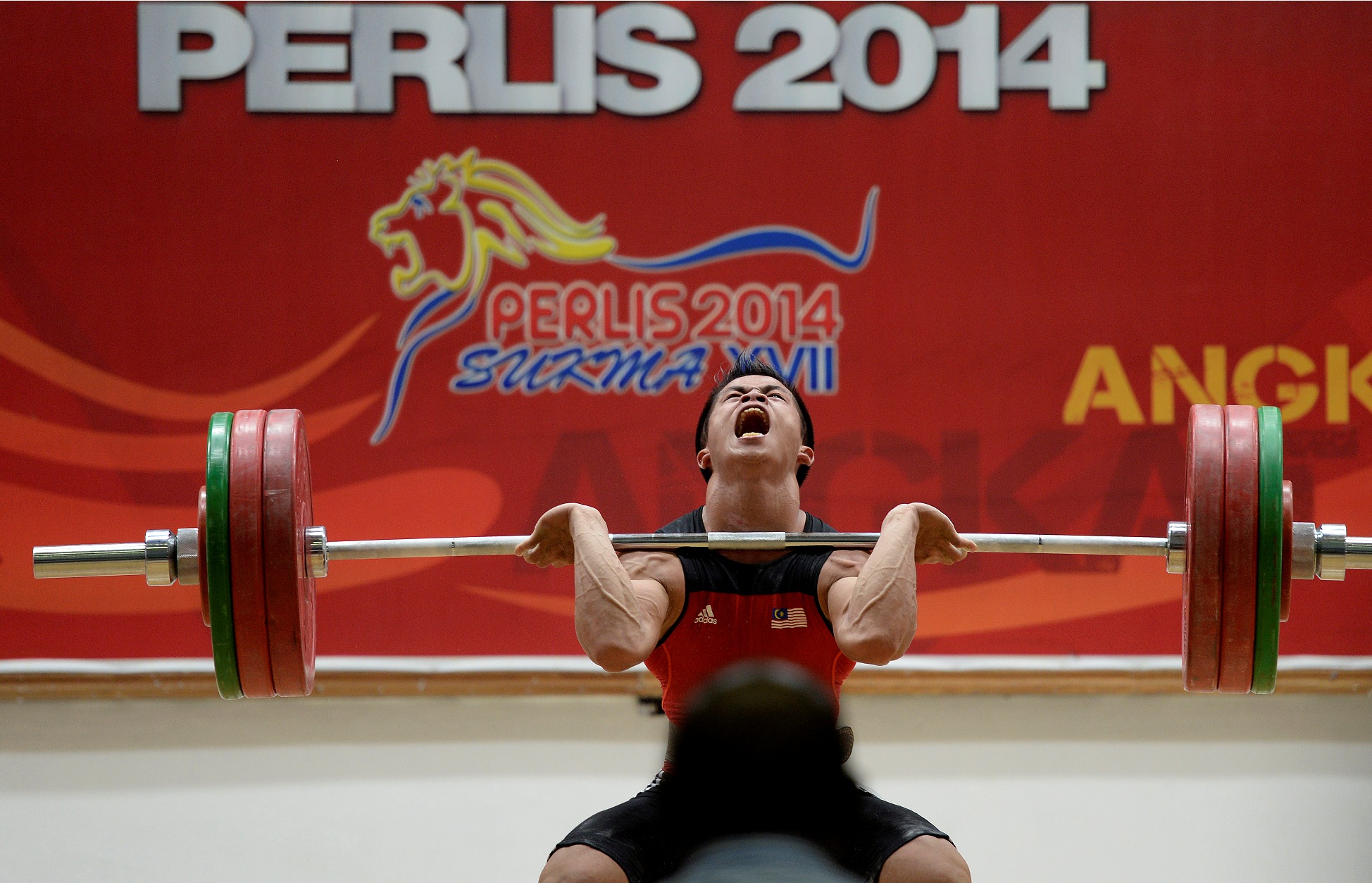 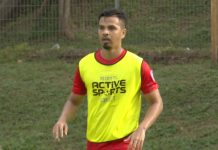