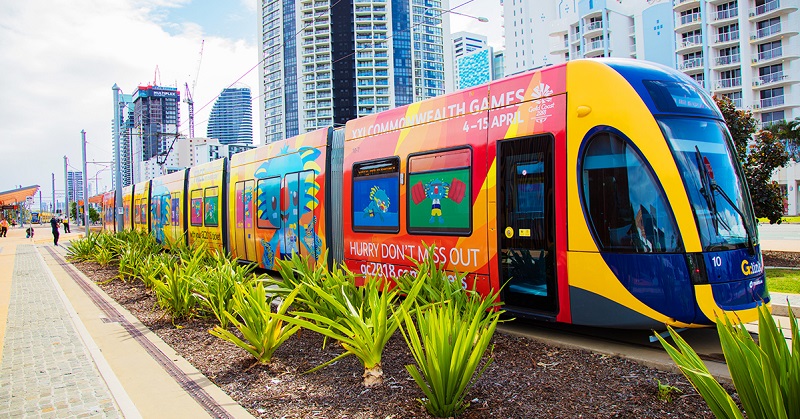 The Commonwealth Games are “more relevant now than ever”, organisers said on Monday as they got ready to fire the starting gun on 11 days of competition at Australia’s Gold Coast.

Questions have been asked about the standing and modern appeal of the tournament, an echo of colonialism which began as the British Empire Games in 1930.

But officials said the Games still had a role to play, pointing to the groundbreaking move to have an equal number of men’s and women’s medal events, and the policy of including para sports in the main programme.

“The Commonwealth has stood for generations now for fighting for fairness and freedom,” said David Grevemberg, chief executive of the Commonwealth Games Federation.

“From our standpoint we’re more relevant now than ever before for the things that have historically challenged the Commonwealth, to the ambitions and aspirations that this Commonwealth looks to uphold: peace, prosperity, good governance and human rights.”

After Wednesday’s opening ceremony, about 4,300 athletes from 71 nations and territories will compete across 23 sports in Gold Coast, a beach-fringed city in Australia’s east.

Games chairman Peter Beattie said the Olympics should take note of the Commonwealth’s move to gender equality for medal events, which he described as a first for a major Games.

“The Commonwealth Games stands for some things that are different: gender equality is one, inclusiveness is another,” Beattie said.

He added: “Of course it makes a difference that there are equal numbers of medals for men and women. Perhaps that’s something the Olympics should follow.”

“The people who seem to critique it and question its relevance are people who perhaps aren’t involved in the sport itself,” the former Olympic and Commonwealth champion said.

“You ask any athlete where the relevance of the Commonwealth Games sit and they’ll tell you it’s right up there.”

However, not everyone is happy about the tournament and indigenous protesters have organised demonstrations against what they call the “Stolenwealth Games”.

As the opening ceremony nears, Games organisers are also grappling with a possible doping controversy after the discovery of syringes in the athletes’ village.

Grevemberg said the syringes were still being analysed but that one team, believed to be India, had been summoned over a breach of the Games’ “no-needle” policy.

Forecasts of wet weather for Wednesday and the following days didn’t deter Beattie, who declared: “A little bit of rain is not going to ruin the opening ceremony.”

He added: “Queenslanders and Australians are very tenacious. We’ll just do singing in the rain if that’s what happens.” – Agence France-Presse