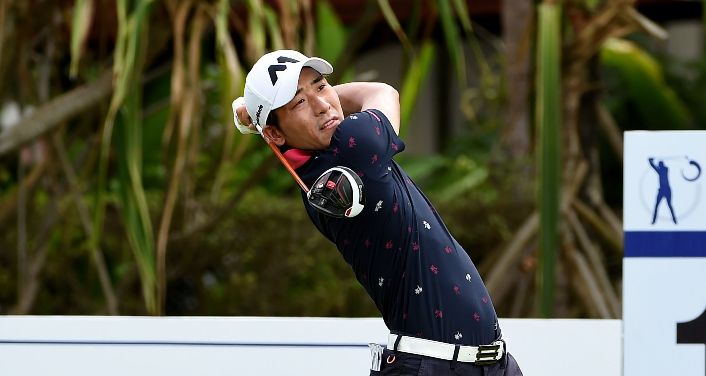 Japan’s Shunya Takeyasu leads the chasing pack in the weather-interrupted third round of the PGM CCM Rahman Putra Championship on Friday.

The consistent Japanese was 14-under through nine holes, two shots ahead of Australia’s Jordan Sherratt before play was suspended at 3.48pm due to inclement weather and could not resume at the Kelab Golf Rahman Putra Malaysia.

A total of 40 players will continue the penultimate round at 7.40am on Saturday with the fourth and final round to be played immediately without a redraw.

Josh Salah of the United States and local hope Hans Jamil stayed within striking distance as they lurk on 11-under after playing 10 holes.

Dodge Kemmer of the United States, who held the lead in the opening two rounds, was a further shot back in the RM200,000 (approximately US$46,600) Asian Development Tour (ADT) event.

The 28-year-old Hans is bracing himself for a marathon finish where he needs to complete 26 holes as he chases for a first ADT victory.

“Golf has been treating me okay this week. I’ve had a lot of good shots and the course is in great shape. It is disappointing with the rain suspensions but this is something which everybody is facing. It is Mother Nature. I just need to keep going,” said Hans.

“I’ve always thought about winning on the ADT. It has been on my mind but I need to go out there, do what I’ve been doing and hopefully the win comes,” he added.

With the Olympic Games looming this July where golf will be reintroduced as a medal sport, players in the region could earn their spots in Rio de Janeiro by earning Official World Golf Ranking points through the Asian Tour and ADT.