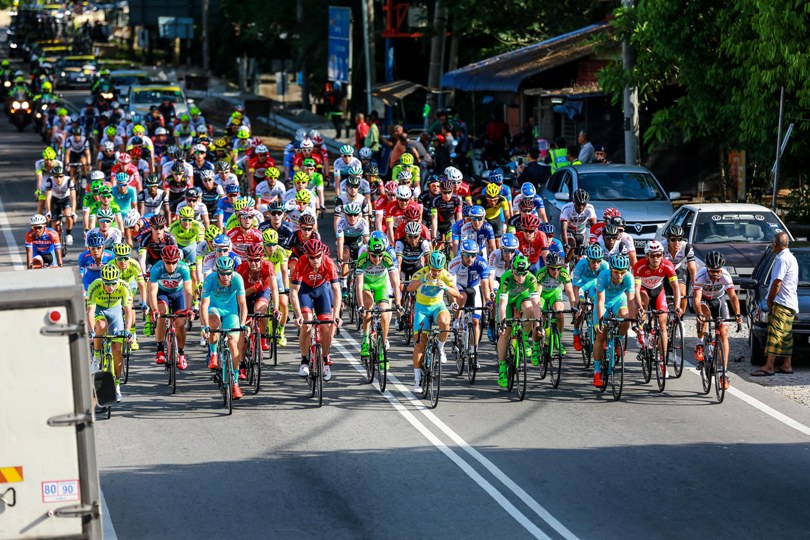 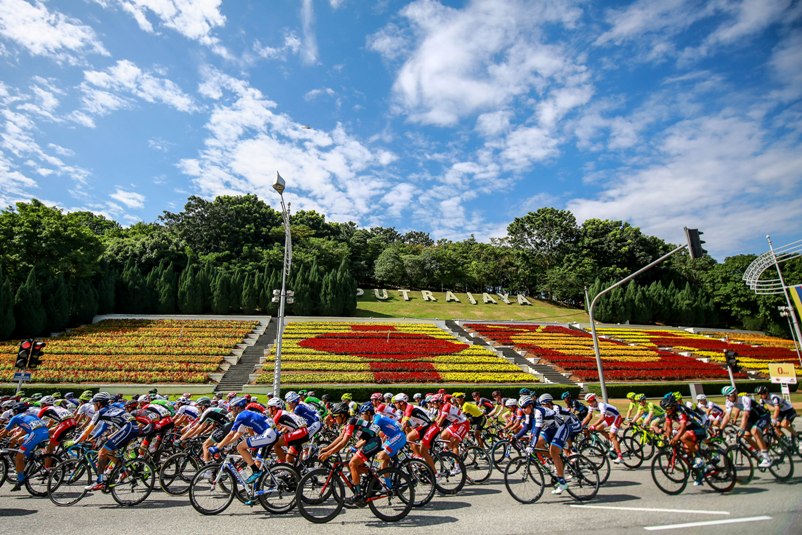 All continents will be represented at the 22nd Le Tour de Langkawi to be held from February 22 to March 1st from Kuala Terengganu on the east coast of the peninsula to Putrajaya, the home of the Malaysian government.

“With the extension of the WorldTour to 37 events, we’ve faced new challenges in our process of inviting teams but we’re glad to announce that once again, the whole world will be looking at Malaysia during our event”, LTdL chief executive officer Emir Abdul Jalal declared.

Defending champions Team Dimension Data will maintain the WorldTour standard on Malaysian roads and represent Africa. Grand Tour wild cards teams Bardiani CSF and Willier Triestina will save the European flavor LTdL has had since its inception in 1996.

“Italy has been the most successful country with 75 stage victories up to date, ahead of Australia with 26”, Emir counted. “So we’ve accommodated all four Italian teams who wanted to come, as well as IsoWhey Sports Swisswellness for the first time. Their motivation to compete in LTdL is enormous and there’s always a place here for Australia.”

Both North and South America will be represented with returning Unitedhealthcare Professional Cycling Team while Manzana Postobon Team from Colombia will make their debut. “This is the former team of Nairo Quintana and Esteban Chaves and the former sponsor of the pioneers of Colombian cycling in the 80s”, Emir said. “We’re delighted to have them as Le Tour de Langkawi always has a large number of followers in Colombia through social media and TV networks.”

Asia will have the largest contingent with 12 teams on the start list, which is one more than last year. “We don’t forget our roots”, Emir insisted. “Le Tour de Langkawi is Asia’s premier bicycle race. It’s the oldest UCI H.C. stage race on this continent. With all the requests we received, we could have filled up the start list with European teams only but we believe it’s our duty to give priority to the Asian cyclists. For them, it’s a fantastic opportunity to challenge the teams from the Tour de France and the Giro d’Italia.”

“We want a very clean race, so our selection policy excluded the teams with a strong doping history”, Emir added. All Asian countries with a solid cycling culture will make their way to Kuala Terengganu for the teams presentation on February 21st alongside three Malaysian teams like in the past two years. Cyclists from China, Japan, Korea, Hong Kong, Indonesia, Philippines, Singapore and Kazakhstan are expected to line up.

“This year’s novelty is the emphasis on our neighbor country Thailand where cycling is booming as well”, Emir concluded. “For the first time they have a UCI-registered team with Thailand Continental Cycling Team and Singapore’s Infinite AIS has a strong base in Thailand too. With their addition, the Asian teams competition will be contested by more teams than ever. It should make the race even more intense than usual. In overall, we have a well balanced field that gives a chance to shine to cyclists from very different horizons.”

Organised by the Ministry of Youth and Sports Malaysia and managed by Ciclista Sports Sdn Bhd, the 22nd edition of Le Tour de Langkawi (LTdL) from 22 February to 1 March, 2017 is set to cover more than 1,200km over 8 stages, the UCI 2.HC (hors category) race featuring again as one of the biggest events on the UCI Asia Tour calendar.