Home 2021 Thai star Kiradech back in a happy place as he seek to... 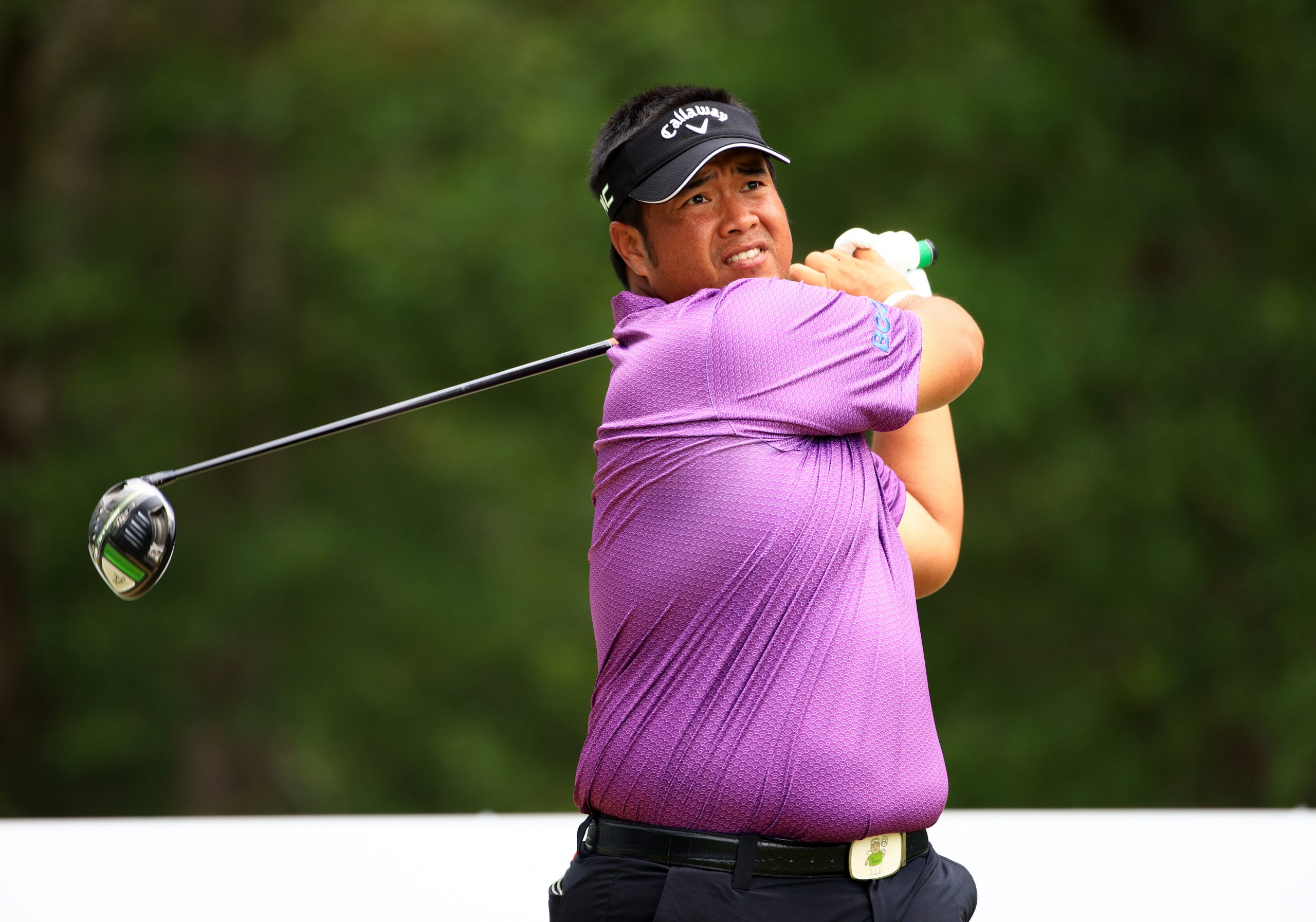 Kiradech Aphibarnrat steps into the pressure-packed Korn Ferry Tour Finals starting on Thursday with the full knowledge that his PGA TOUR career is very much on the line.

But instead of worrying, the Thai star says he is finally back in a happy place, thanks to his family being with him again and a new caddie helping to navigate some turbulent times which has seen his world ranking plummet from 30th to outside the top-500 over the last few years.

The 32-year-old Kiradech will tee up in this week’s Albertsons Boise Open presented by Chevron, which is the first of three Korn Ferry Tour Finals events. The top 25 players after three weeks will earn PGA TOUR cards.

“I’m playing better golf in the last two to three months. I’m happy with the swing and game,” said Kiradech. “My confidence is building up and I think overall, it’s about confidence for me. This is the first time in my career that I’m in this situation. I don’t want to put pressure on myself as I still have my European Tour status in my pocket, if I’m not successful in the U.S.”

The arrival of his wife Tunyantorn, mother Supunnikar and younger sister Sirinporn to the U.S. last month and the hiring of a new caddie, Cole Pensanti, have coincided with Kiradech showing glimpses of his best form. During his prime, the burly Kiradech won four European Tour titles and became the first Thai player to earn a PGA TOUR card in 2018.

He finished equal 39th in the 3M Open last month and tied for 37th place at the Wyndham Championship on Sunday – his best results of the 2020-21 Season – and what was particularly encouraging was his Strokes Gained stats.

“I was top 10 from tee to green at 3M and was 68th in putting and then last week, I was 60th in tee to green and 10th in putting. There’s been a lot of good things. But more importantly now is that I enjoy my golf again,” he said.

“My family came over to the U.S. last month and they will be on the road with me over these next few weeks. It makes feel like I’m home. It wasn’t in the plan for them to come but everyone wanted to be here to support me in the last part of the season. It is making a difference. I get to eat homecooked Thai food, and it makes me feel like I’m in the same moment like when I was playing good golf.

“I’m also happy working with my new caddie. He’s pushing and supporting me on what I used to do, he knows when I am confused, when I’m scared to hit bad shots and he jumps in and talks to me and gives me confidence. I was top 30 in the world to 500-something now, and this game can turn so fast. But I am going to carry more confidence into these next three weeks for sure.”

Kiradech conceded he was stuck in a bad place after missing 10 cuts from 12 starts before slowly turning the corner in the past month. His work with mental coach, Lee Campbell has also been instrumental in giving him some positive vibes as he prepares for the next three weeks. “We talk a lot. Sometimes, I cannot control myself and don’t get the right club selection or make the right shots. One big thing that Lee does is he reminds me I’m the same guy who was in the top 30 in the world,” said Kiradech.

“Missing all those cuts, it was very difficult time. It was a struggle. I tried to work harder, practice harder. The PGA TOUR fields are so much stronger and when I’m not playing my best, I’m just trying to make the cut and finishing 50th.

“If I can play my best again, I have a lot of chances. I have the game to be up there and knocking on the door again. Now, I need one good week to come back. Last week gave me a lot of positive things in every part of my game. In these next three weeks, I’ll just aim to play smart, stay in focus and enjoy the golf. I know I don’t have to be perfect and go out to play my own game.”