Home 2022 THE CJ CUP to be contested at Congaree Golf Club in South... 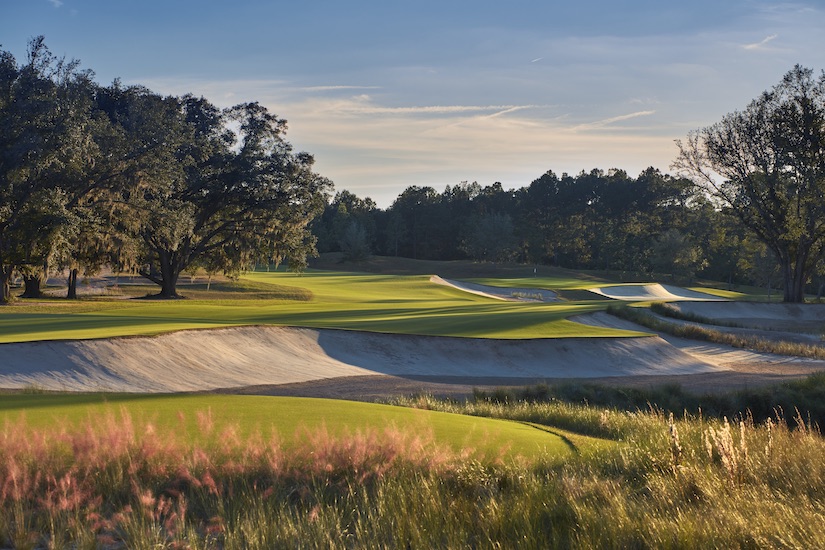 PGA TOUR and CJ Group officials today announced that THE CJ CUP will be contested at Congaree Golf Club in Ridgeland, South Carolina, the week of October 17-23, 2022.

The tournament name will be changed to THE CJ CUP in South Carolina.

The tournament was launched as Korea’s first official PGA TOUR tournament in 2017 and was played for three consecutive years at Nine Bridges on Jeju Island before being relocated to the U.S. due to the challenges of COVID-19.

This will be the first time THE CJ CUP will be played in the Southeast region of the U.S. following the staging of the tournament in Las Vegas, first at Shadow Creek Golf Course in 2020 and The Summit Club last year.

“Thanks to the tremendous commitment from CJ Group, the PGA TOUR is thrilled to bring THE CJ CUP in South Carolina to the United States this October,” said Christian Hardy, the PGA TOUR’s Senior Vice President, International.

“This event has provided a great platform on which to showcase golf’s top Korean players, and we are confident that Congaree will once again serve as a fantastic venue for hosting one of the TOUR’s premier tournaments.”

THE CJ CUP in South Carolina will feature a 78-man field comprised of five players designated by the Korea Professional Golfers’ Association (KPGA), as well as the top-3 available players of Korean nationality from the Official World Golf Ranking as part of CJ Group’s vision to support the development of professional golf in Korea.

The remainder of the field will be made up of the leading players from the 2021-22 FedExCup points list and sponsor exemptions. There will be no 36-hole cut.

“We are excited to host THE CJ CUP at Congaree this October. Over the last five years, our tournament has established itself on the PGA TOUR through the caliber of champions who have emerged, and we are also proud the tournament has been well received by players, thanks especially to our bibigo chefs who help deliver an amazing dining experience on site,” said Wookho Kyeong, Chief Marketing Officer of CJ Group. “We look forward to engaging with our fans in a new region and celebrating another fantastic week of golf.”

Congaree, a Tom Fazio design, is located about an hour northwest of Hilton Head Island, South Carolina. The club, which debuted at No. 39 in Golf Digest’s America’s 100 Greatest Golf Courses last May, hosted the PGA TOUR’s Palmetto Championship at Congaree in June of 2021, won by South African Garrick Higgo. The course was built to challenge the world’s top golfers and has earned widespread praise among PGA TOUR players.

Congaree was founded with a philanthropic mission to positively impact the lives of young people through the game of golf. The Congaree Foundation supports a number of educational and vocational initiatives within its local community and internationally through the Congaree Global Golf Initiative.

Instead of members, the club invites “ambassadors” to join who are passionate about supporting Congaree Foundation’s philanthropic programs and becoming personally involved through a shared devotion to the game and giving their time to mentorship opportunities.

“It’s a privilege to welcome THE CJ CUP to South Carolina and Congaree. From day one, our steadfast belief has been that Congaree can be a conduit to make a difference in the lives of young people locally and around the world,” said Dan Friedkin, founder of Congaree.

“In addition to providing a significant economic impact for the state, THE CJ CUP will enable Congaree Foundation to give back to youth in the Lowcountry and beyond in even more meaningful ways.”

THE CJ CUP in South Carolina will be held in partnership with The State of South Carolina, which also supported the Palmetto Championship.

With more than 300 courses and an annual economic impact in the billions, golf is one of the most important markets in South Carolina’s tourism industry. THE CJ CUP in South Carolina joins the list of other significant tournaments in South Carolina in 2022, including the annual RBC Heritage on Hilton Head Island, and the Korn Ferry Tour’s BMW Charity Pro-Am presented by SYNNEX Corporation in Greenville.

“This success, coupled with the rapidly growing popularity of golf in our state, has made South Carolina a top destination for major golf events. We look forward to continuing to grow this reputation with THE CJ CUP in South Carolina and beyond.”

Tickets, volunteer opportunities and additional tournament news regarding THE CJ CUP in South Carolina will be released soon. For more information on the event, please visit PGATOUR.com