Home International Thongchai stays in the mix at WGC-HSBC Champions 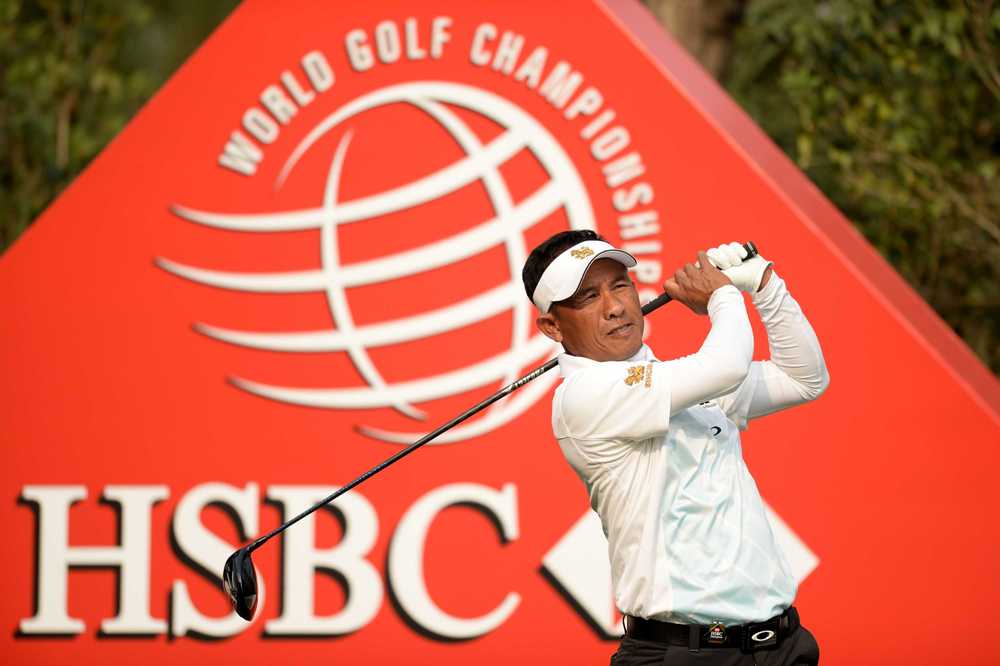 Thailand’s Thongchai Jaidee ensured an Asian presence among the early leaders when he posted a one-under-par 71 after the opening round of the US$8.5 million WGC-HSBC Champions on Thursday.

The Thai, who is one of the highest ranked Asian players at the Chinese showpiece this week, trails Northern Ireland’s Graeme McDowell by four shots after the former US Open champion opened his accounts with a 67 to take prime position at the Sheshan International Golf Club.

“Considering how tough the course conditions were out there today, I’m pleased with how I’ve played. An under-par score is something I can be happy about,” said the world number 42.

Starting on the par-four 10, Thongchai birdied 11 but dropped his only shot of the day at 15. He parred the next six holes before picking up another gain on the fourth hole in his homeward run.

“You wouldn’t want to miss the fairways here as it’ll be very difficult from the rough and the pin positions can be very challenging too,” said the three-time Asian Tour Order of Merit winner.

The Thai maestro has already enjoyed one win and seven top-10s this season and is looking forward to another memorable outing at the WGC-HSBC Champions, which brings together 40 of the top 50 players in the world.

“Tomorrow’s another day and hopefully it can get even better. My putting is okay but I’ve got to work on my driver as this is a fairly long course and it’s a big test with the distance,” said Thongchai.

McDowell produced a flawless outward-nine by firing five birdies before mixing two birdies against two bogeys on his homerun to establish a two-shot lead over six players that include American Rickie Fowler and Germany’s Martin Kaymer.

“Obviously the course played fairly difficult today. The wind direction had switched completely from practice, some of the game plan had switched a little bit and some of the holes were playing pretty long. This is as tough off the tee as I think I’ve ever seen this golf course.

“Seven under par through 12 holes was a beautiful start, and although I dropped a couple coming in, all in all I’m very, very pleased with five under par on what I thought was a reasonably tricky day,” said McDowell.

Kaymer, who won the WGC-HSBC Champions in 2011, echoed McDowell’s assessment of the challenging conditions but is banking on his ‘feel-good’ memories for another grandstand finish.

“I think it’s a very good score, especially the first nine we played, which was difficult.  It was windy and we were one of the groups in the back of the field today so the greens, although still good, were a little slower.

“It’s a good start and I really enjoy playing here. At one point I was level par today, but I just kept telling myself that I enjoy the golf course so much, and there will be plenty of birdie chances, so I just need to wait. Fortunately on the back nine it turned out well,” said Kaymer.

Leading scores after round 1 of the WGC – HSBC Champions being played at the par 72, 7261 Yards Sheshan International Golf Club course (am – denotes amateur):