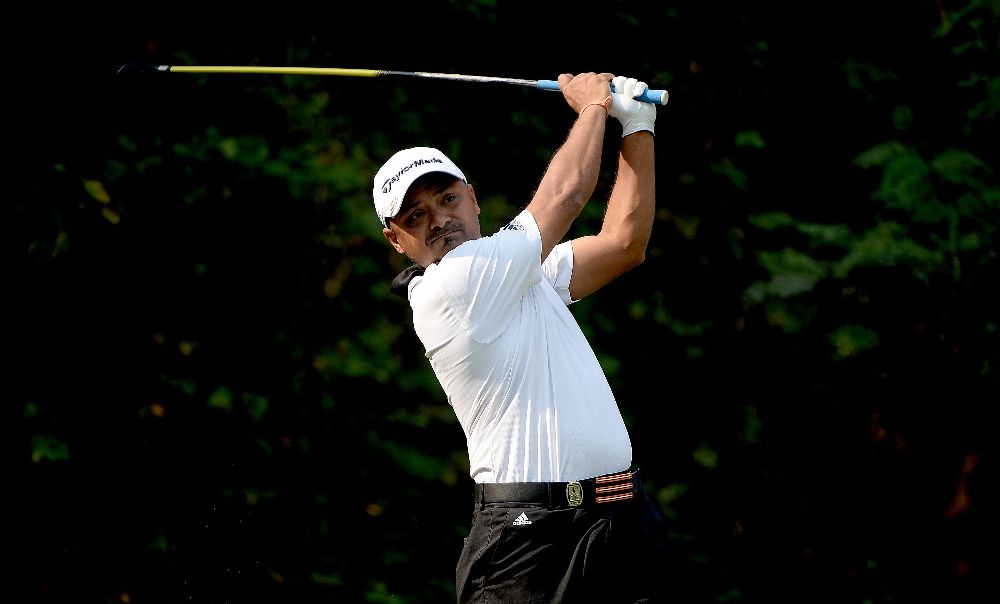 Home favourite Rahil Gangjee fired a brilliant six-under-par 66 to seize a two-shot lead after the opening round of the Panasonic Open India on Thursday.

Treating his round like a game of chess, the amiable Indian birdied the last two holes in near benign morning conditions at the Delhi Golf Club to put himself in position to end a 10-year title drought on the Asian Tour.

Title holder Wade Ormsby of Australia birdied the last hole from close range after missing an eagle chance to tie for second place on 68 with Singapore’s Choo Tze Huang, Bangladeshi Zamal Hossain and Rashid Khan of India, who won at the Delhi course in March.

Thailand’s Jazz Janewattananond and Australia’s Unho Park were amongst seven players tied in sixth place on identical 69s, three shots off the pace in the event sanctioned by the Asian Tour and Professional Golf Tour of India (PGTI).

“My coach Ajay Gupta showed me a really nice way to play on this golf course. He said play the course like it is a chest game. You go from point A to point B and you make a putt. That kind of mind-set really helps because you pick a yardage off the tees and you hit it to a spot you want. It’s like playing a par three,” explained the 36-year-old Gangjee.

Gangjee, who won his first Asian Tour title in China in his rookie season in 2004, battled from an opening bogey with seven birdies which included an eight-footer birdie on hole eight followed by a 15-footer on his closing ninth hole.

“Things happened gradually and slowly for me. I’m glad it did because that’s what builds momentum. If things happen in a hurry, you tend to slow down sometimes. Even though I bogeyed the first hole, I thought to myself that people have come back to shoot a really low round. By the time I got to nine, I was well on my way,” he smiled.

Ormsby got off to a flying start in his title defence after shooting four straight birdies from the fifth hole which cancelled out his only bogey of the day on hole four. A sublime chip on 14 kept him in the hunt after an errant tee shot forced him to take an unplayable.

“The conditions were perfect. It is always a bit windy here in the afternoon which makes things tricky but it will be perfect in the morning. It is nice to get through the afternoon without too much damage,” said the 34-year-old Ormsby.

“I made a great par save on the par five 14th hole. I took an unplayable then hit a great lob shot from the right rough from 75 yards and made the putt. That kept the momentum going,” he added.

Without a driver in the golf bag, Choo, who started on hole 10, played brilliantly before losing focus and dropping shots on holes seven and nine.

“I’m definitely more prepared this year compared to my first two years. I holed a lot of putts but lost focus on the last few holes. Maybe I got a bit nervous. My driver is in the house, it is not even close to the golf club. I just have a three-wood, hybrid and driving iron,” said Choo.

After winning his first Asian Tour title at the SAIL-SBI Open in March on the same venue, Khan rolled in a 25-footer on the 18th hole to stay within sight of the leader.

“I’m eager to play well at my home course once again. I’m carrying the good memories from my win earlier this year. t’s been a fantastic year for me so far and another good week here would help me make an impact on the Order of Merit,” said Khan, who ranked 22nd on the Merit rankings.

Scores after round 1 of the Panasonic Open India 2014 being played at the par 72, 6983 Yards Delhi GC course (a- denotes amateur):