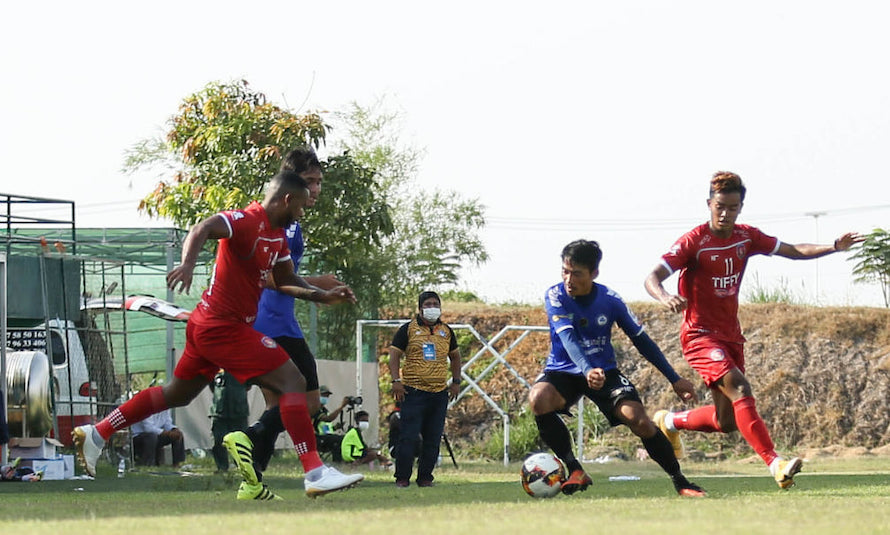 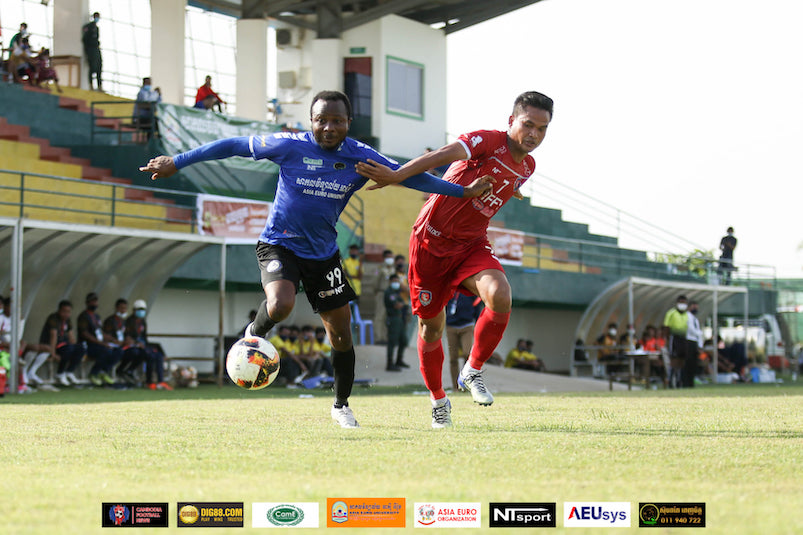 Tiffy Army FC moved up to second in the 2021 Metfone Cambodia League when they edged Asia Euro United (AEU) 2-1 in the only game that was played earlier today.

In an intense encounter where both teams were not giving much in the first half, the game came alive in the 66th minute when Narong Kakada had the easiest of finishes to give Tiffy Army the lead in front of an open goal.

Seven minutes to the end, AEU then capitalised on some lackadaisical Tiffy defending to equalise through Abbee Ndjoo to put the score back on level terms.

However, Tiffy Army would have the final say in the game when Bata Debiro fired in the winner from the edge of the box deep in injury time for the full points.

While Tiffy Army improved to second at the standings, the loss meant that AUE stayed second from the bottom of the standings