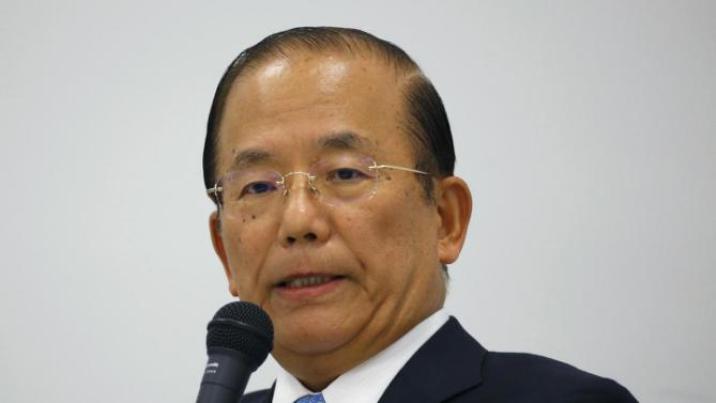 The chief organiser of the 2020 Tokyo Olympics has expressed confidence the Games will overcome their “hurdles” after a series of problems, including a French inquiry into the bidding process.

“Preparations are going smoothly,” Tokyo CEO Toshiro Muto told AFP in an interview. “It’s important to overcome hurdles one by one.”

Tokyo has lurched from one crisis to another since beating Madrid and Istanbul in the race to host the Games, the low point coming when Prime Minister Shinzo Abe scrapped plans for the main stadium last July over its $2 billion price tag.

A comedy of errors continued when claims of plagiarism then forced organisers to ditch the Olympic logo, while the decision by French prosecutors to investigate how Tokyo and this year’s Rio Games won their bids is set to cause further embarrassment.

“Tokyo 2020 considers that the allegation is beyond our understanding,” said Muto, a former deputy governor of the Bank of Japan.

“We understand that the Games were awarded to Tokyo because the city presented the best bid.”

International Olympic Committee president Thomas Bach has stressed there is “so far no evidence” of corruption surrounding bidding for the Rio or Tokyo Games.

Its image problems aside, Tokyo has struggled to contain escalating costs since being selected by the International Olympic Committee in 2013, with fears the total budget could exceed $15 billion — six times the original plan and three times more than Rio.

“Of course the budget will get more expensive as a result of the rise in the cost of living and as plans change,” said Muto.

“It is unclear at this stage by how much,” he added. “We will not get a complete picture of the overall figures until the Olympics are close.

“Construction costs in Japan are among the highest in the world. Given that, I believe it is a reasonable budget. However, we will keep a close eye on costs and make annual revisions to keep them under control. The public should bear as little burden for the overall cost as possible.”

Organisers have shaved $1.5 billion off the cost by factoring in existing venues — some used in the 1964 Tokyo Olympics — with the hamburger-shaped replacement for the National Stadium coming in at half the price of London-based architect Zaha Hadid’s futuristic design.

With the Tokyo Olympics likely to boost the Japanese economy by as much as 30 trillion yen ($263 billion) by 2020, the stakes are high.

But Muto promised the jewel in the crown would be finished in time for the Olympics, despite slipping too far behind schedule to be used for the final of the 2019 Rugby World Cup.

“The National Stadium is built by the government and will be completed in time,” he said, adding: “The prime minister is responsible for it.

“If I say it will be finished in time perhaps nobody will believe me, but the prime minister has assured us it will be.”

Unsavoury public rows between Tokyo organisers and politicians at city and national level, all pointing the finger of blame at each other, have also left a bad taste.

“There’s no question of Tokyo blaming the government,” said Muto.

“Tokyo has the full support of the government and it’s the job of the organising committee to manage the Games,” he added.

“At the beginning there may have been a lot of differing opinions, but now we perfectly understand our roles.”

“Compared to the 1964 Tokyo Olympics, the issue of public safety has changed,” he said.

“Tokyo is still one of the world’s safest cities but if you look at what happened in Paris, there’s no guarantee that it won’t happen in Japan.

“Security is of paramount importance and plans are already in progress to ensure we keep the Games safe.” – Agence France-Presse