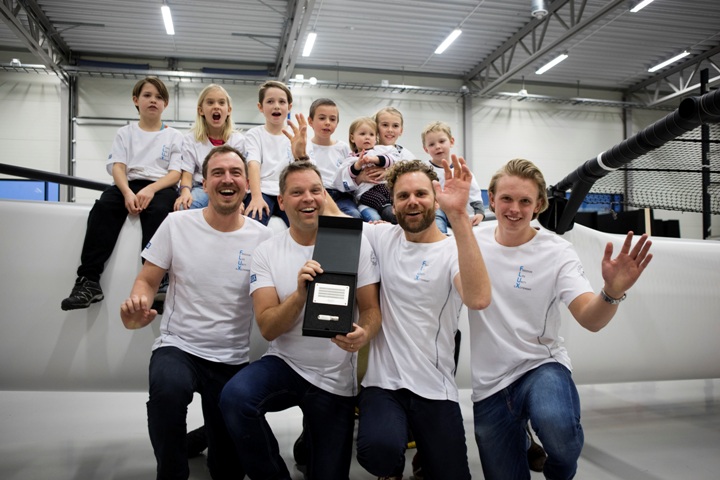 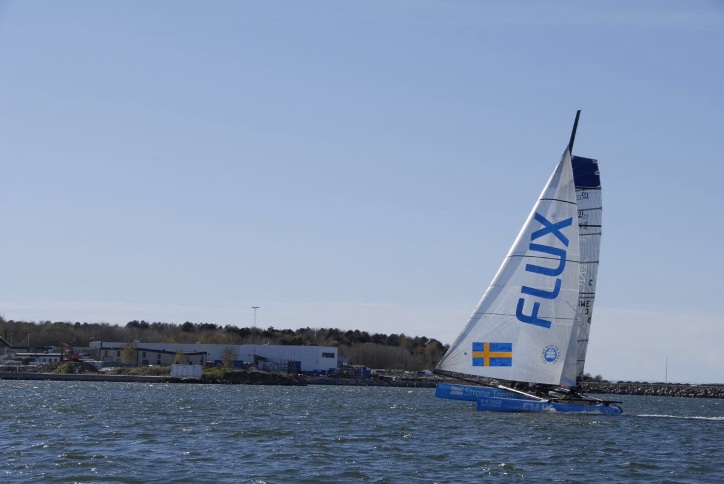 Making his catamaran race debut when the M32 Series Scandinavia fires up next week on Tuborg Havn, Copenhagen will be Swedish match racing ace, Johnie Berntsson and his brand new FLUX Team.

Berntsson and his crew got their finished boat, in its smart blue livery, only two weeks ago and have since been piling in the practice time to get as race-ready as possible for Copenhagen. For when that starts, at 1400 local time next Thursday, they be up against international heavyweights such as six time Match Racing World Champion Ian Williams, Taylor Canfield, and wily French multihull veteran Yann Guichard.

While he has been sailing all his life, Berntsson’s sailing career blossomed fairly late, the 43-year-old only achieving his best race results in the last decade. But his successes have been big. He was victorious in the Congressional Cup in Long Beach, CA in 2009.

The ARGO Group Gold Cup in Bermuda – an event that during its 80 year history has been claimed by top names in yacht racing, including Russell Coutts, Ben Ainslie, Chris Dickson and Peter Gilmour – he won twice, in 2008 and 2014. Berntsson is the only Swede to have won either of these two top match racing events.

Given this, perhaps what is most surprising about Berntsson, is that while his competitors are mostly full-time professional sailors, he manages to achieve success while also holding down his own full-time job in the ‘real world’. When he’s not ruthlessly dispatching his opposition on the race course, he runs an IT department within Gothenburg’s University Hospital – the biggest hospital in Scandinavia. As he puts it: “I do my sailing for six weeks a year and the rest of the time I work as a normal guy.”

However the latest chapter in his sailing career, will take up more of his time, as he competes on both the M32 Series Scandinavia and as many match racing events as he can. To achieve this financially he has managed to secure sponsorship from FLUX, a leading Scandinavian brand of mouthwash (there is the obvious water connection…) while his regular collection of backers are continuing with him for his match racing campaign.

As usual Berntsson has been canny with the way he works his sponsorships. Rather than just thinking about 2016, his is a three year campaign. Also, alongside the M32 Scandinavian Series he is running a program called ‘Getting Kids on Board’. As he explains: “What we try to do at all these events is to get as many kids involved and get them on the boat and get them into sailing, because we think it is a good sport and a good atmosphere to be in for kids.”

For 2016 Berntsson is sailing with experienced catamaran sailor Jakob Gustavsson, his long term tactician Robert Skarp, while in Copenhagen Erik Malmberg is standing in for regular crew Carl-Johan Uckelstam, who is on paternity leave. The training is also an opportunity for them to gel as a unit.

Some sailors who work for the M32’s manufacturer Aston Harald, have been helping to fast track Berntsson and his crew’s metamorphosis into M32 catamaran sailors, teaching them about the running of the boat, how to rig it, the best set-ups, etc. “The development is going really fast,” says Berntsson.

“It is an advantage to being used to match racing because we are used to being thrown into new boats and having to explore the skills and what is necessary to handle a new boat. That helps, even though it is a big change going into catamarans.”

Despite the fairly momentous change from being a monohull match racer, into becoming a catamaran fleet racer, Berntsson is relishing the challenge. “Sometimes you get a bit confident in what you are doing. We have been doing match racing for many years now, so getting ourselves into a new boat forces us to keep on our toes and really work at staying focussed and improving all the time.

“Of course our goal is to be on the top of the podium, which would be really good to do by the end of this season. But as this is a three year project, our goal is to a get a good set-up for this year, ready to be really competitive for the second and third years.”

The first event for the M32 Series Scandinavia takes place on Tuborg Havn in Copenhagen, Denmark from Thursday 5th to Saturday 7th May with racing taking place between the world class teams between 1400 and 1700 local time daily.