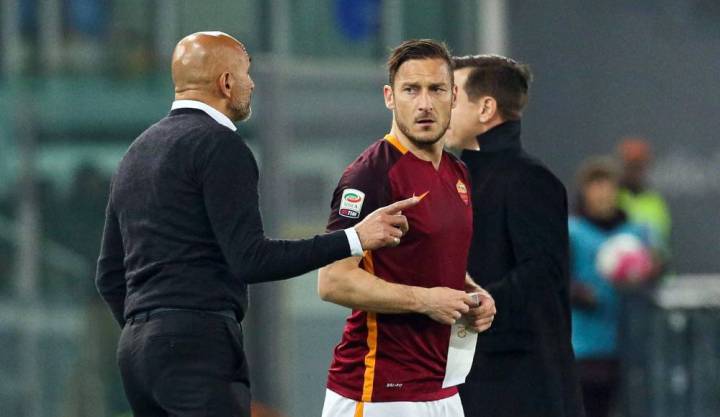 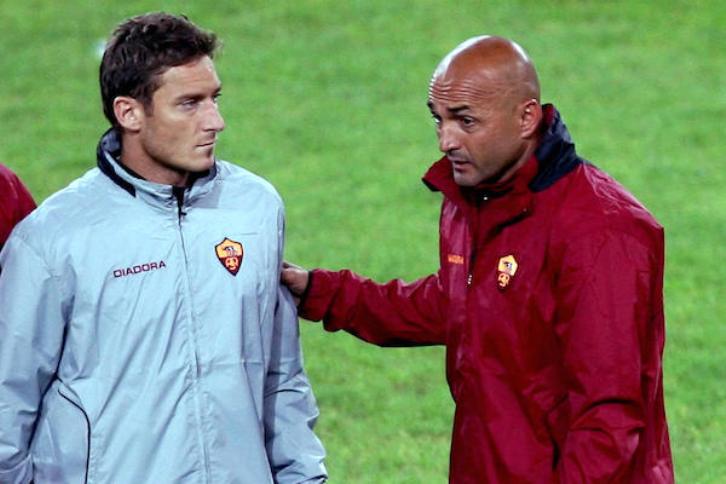 Francesco Totti’s late leveller in a 3-3 thriller at Atalanta has done little to ease relations with Roma coach Luciano Spalletti amid reports of a post-match bust-up on Sunday.

With Roma trailing 3-2 in Bergamo after a pair of goals by former club striker Marco Borriello, Totti came off the bench to make a rare appearance and promptly levelled four minutes from time.

The result kept Roma in third place, 14 points behind Serie A leaders Juventus, and in contention for a third consecutive appearance in the Champions League next season.

But barely two months after a feud caused by Totti telling Spalletti, via a television interview, that he should be playing more often and shown more respect, the Roma coach remains unimpressed.

According to several reports on Sunday, tensions reached a new high during a bust-up outside the Roma dressing room following Spalletti’s media conference.

Spalletti appears not to have forgiven Totti for his self-centred comments last February and played down the captain’s role in securing a share of the points in a hard-fought match in Bergamo.

“Totti didn’t save anything, it was the team that saved the result for us,” Spalletti told media. “They helped set him up for the goal, he scored a good goal and gave us the chance to level the game.

Now in his 23rd season with Roma, one-club man Totti is angling for an extra year’s contract although president James Pallotta has been reluctant to offer it in the hope the 39-year-old takes a director’s role.

Although the fans are on Totti’s side, Spalletti is taking every opportunity to put the captain — who has made less than 10 appearances this season — in his place.

Speaking directly to media after the game, Spalletti suggested the undercurrents at the club were far more relevant than Totti’s goal.

“The goal that Totti scored, he could score one like that in three years’ time, but it’s the other things going on that haven’t yet come to light.

“Maybe if you worked a little bit harder (on it), you would find out.”

Ironically, Spalletti and Totti were famously close during the coach’s previous spell at the club in 2005-2009, during which Totti lifted the Italian Cup twice in succession in 2007 and 2008 — the latter Roma’s last piece of silverware — and the Italian SuperCup (2007).

When Spalletti quit Roma in 2009 before moving to the Russian Premier League, Totti left a heartfelt message on the club’s website: “Thanks for everything Luciano, I would have liked to finish my career with you.”

With five games remaining and no news of a contract extension, Totti’s wish may come true. – Agence France-Presse