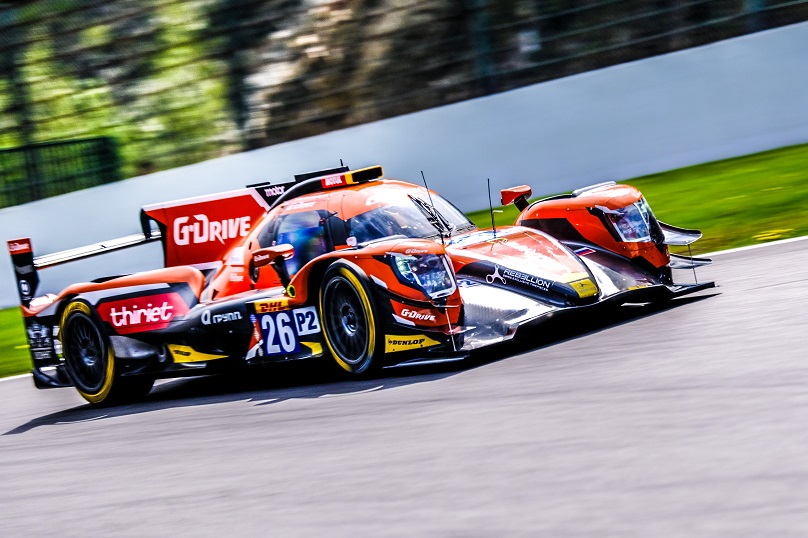 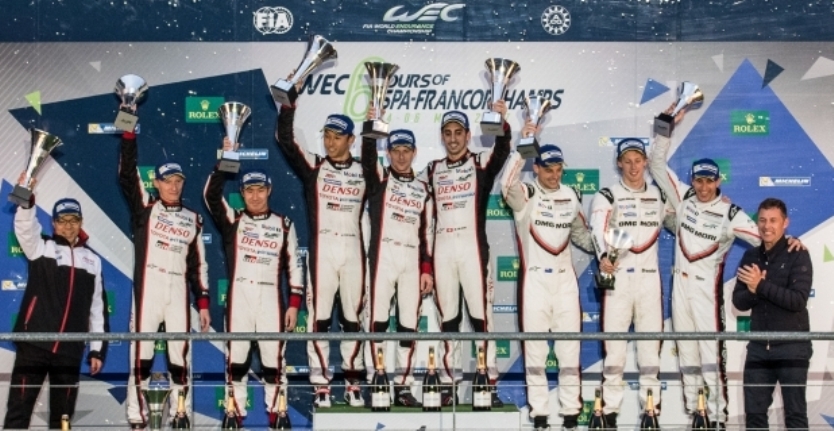 Sébastien Buemi held off Kamui Kobayashi in the final stage amid light rain on the legendary 7km Spa-Francorchamps circuit to win by just 1.992s in a grandstand finish.

It was the second consecutive victory for the #8 Toyota Gazoo Racing TS050 HYBRID of Buemi and his teammates Anthony Davidson and Kazuki Nakajima.

Mike Conway and Kamui Kobayashi, driving as a duo after teammate José María López was ruled out through a back injury, looked to have been in prime position to take the win but were unfortunate to lose out in both of the Full course Yellow periods.

It looked like it would be a close finish between the two but a final hour issue for the Vaillante Rebellion ensured that G-Drive took maximum points from the weekend.

The Headlines from the final stages at Spa….

At the 2017 edition of the WEC 6 Hours of Spa-Francorchamps, 61,000 people enjoyed the action and atmosphere from the WEC plus the three support series over the three days of the event.  The huge crowds on race day (Saturday 6 May) profited from bright sunshine, incredible track battles and great entertainment on and off track.

The next round of the FIA World Endurance Championship will be the 24 Hours of Le Mans on 17/18 June.  See you at the greatest sportscar race of them all!