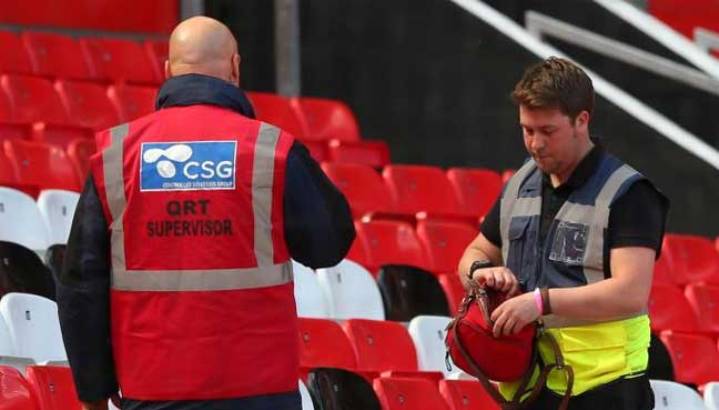 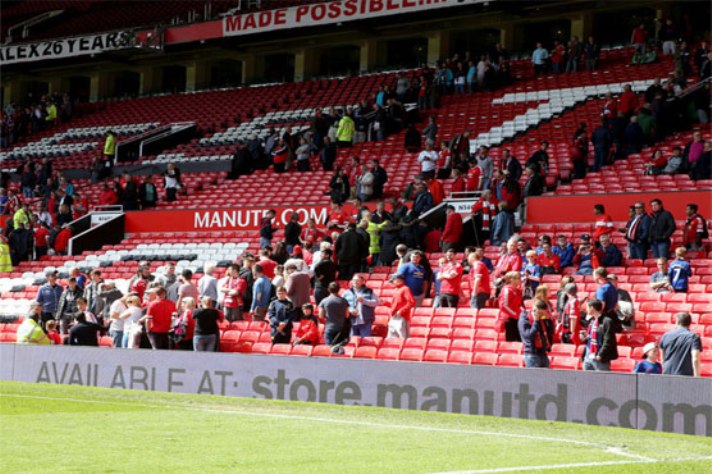 The suspect package that saw Manchester United’s Premier League game with Bournemouth at Old Trafford abandoned on Sunday was in fact a dummy device left behind following a training exercise held at the ground four days earlier, police announced.

Amid a nerve-jangling scare with much of Europe on alert for militant attacks, Greater Manchester Police confirmed late on Sunday that the controlled explosion that took place to neutralise the device was carried out on a dummy ‘bomb’ left in toilets in the Stretford End on Wednesday.

GMP Assistant Chief Constable John O’Hare said: “Following today’s controlled explosion, we have since found out that the item was a training device which had accidentally been left by a private company following a training exercise involving explosive search dogs.

“Whilst this item did not turn out to be a viable explosive, on appearance this device was as real as could be, and the decision to evacuate the stadium was the right thing to do, until we could be sure that people were not at risk.”

The Premier League said the rescheduled fixture, the clubs’ last league game of the season, will now be played on Tuesday, with an 8:00pm (1900 GMT) local kick-off time.

But the postponement of the original game raises a number of embarrassing questions for United and their security procedures — not least the fact that the device remained in place for four days.

The vast expense and inconvenience suffered by a capacity crowd of over 75,000 will also leave the English club red-faced.

In addition to numerous supporters who travelled from overseas for the fixture, around 3,500 Bournemouth supporters made a round trip of 500-miles (800 kilometres) from the south coast.

United executive vice-chairman Ed Woodward, in a statement issued in conjunction with GMP, said: “The safety of fans is always our highest priority.

“I’d like to thank the support from the police which was first class and the impeccable response from fans of both teams.”

He added: “The club takes security very seriously and staff are regularly trained with the police and emergency services to identify and deal with these incidents.

“We will investigate the incident to inform future actions and decisions.” – Agence France-Presse