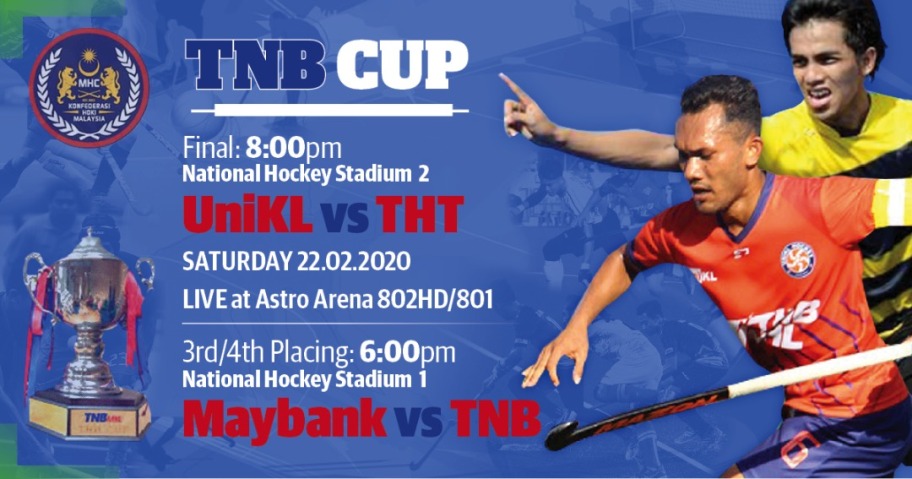 The battle will be keen between two titans as UniKL look to do battle against Terengganu Hockey Team (THT) in the final of the TNB Cup tomorrow night at the National Hockey Stadium in Bukit Jalil.

As the Charity Shield winners and also the TNB-Malaysia Hockey League champions, UniKL will be all out to make a clean sweep against a side they lost to in the final of the TNB Cup last year.

So who will hoist aloft the TNB Cup this year?

Hockey fans or just plain sports fans should flood the National Hockey Stadium tomorrow night and bear witness to a momentous battle on the cards.