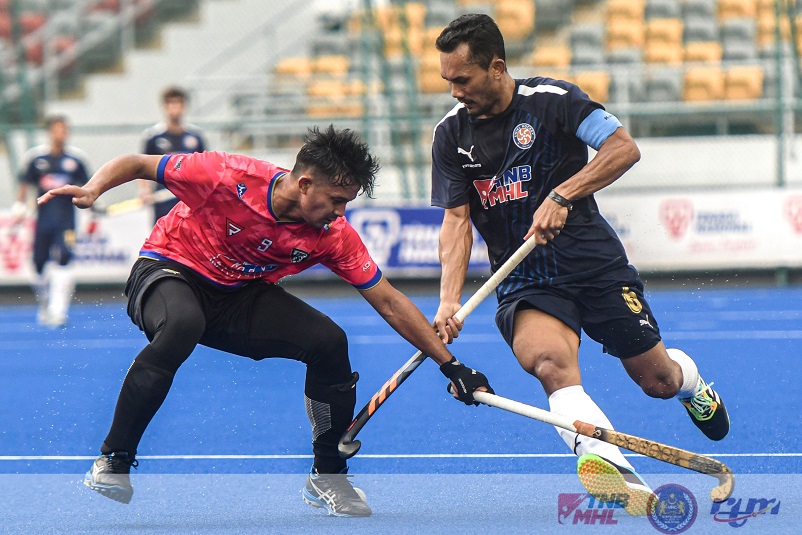 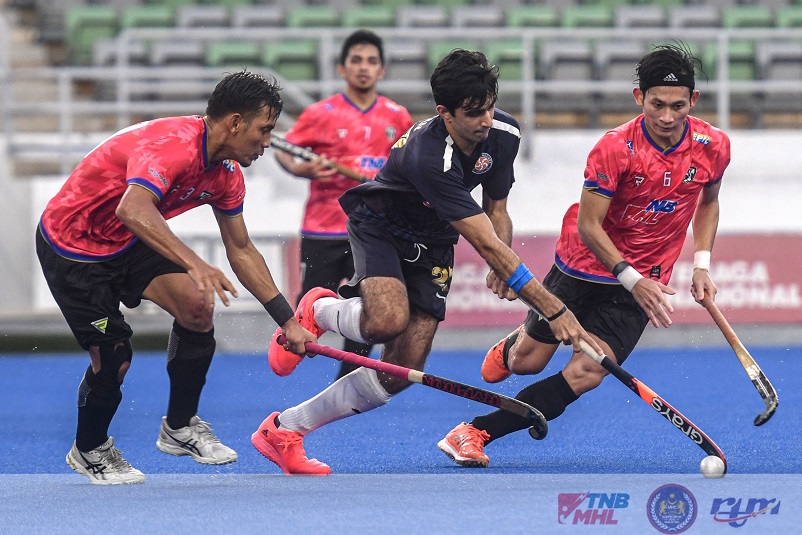 Defending champions Universiti Kuala Lumpur (UniKL) rolled back into the TNBMHL 2021 Premier League to keep their mission of a treble once again deeply intact in a nail-biting 4-2 victory over Terengganu Hockey Team (THT) at the National Hockey Stadium in Bukit Jalil today.

UniKL were held to a scoreless draw against Tenaga Nasional Berhad (TNB) in regulation time of their Charity Shield match on Friday before going on to cinch the Shield 4-3 in penalty shootout.

Battling fifth in the table standings with one-equal point with TNB following the draw, the varsity team had pledged to put on a better performance against THT.

UniKL Hockey President and team manager Dato’Amir Azhar Ibrahim said though he is happy with the win as this is the first competitive match UniKL is playing in the league he cautioned the players not to let their guard down in the remaining matches.

“We took a comfortable 4-0 lead due to the good work by the players and coach against a strong side. Nevertheless, the players should look back and rectify what went wrong in the last quarter that allowed the opponents to comeback strongly,” said Dato’Amir.

“Throughout the match, both teams played brilliant hockey and I must credit UniKL for staying on top for three quarters. However, they need to look back and improve on their defensive errors that allowed THT to score two quick goals in the fourth quarter. I am confident they will do much better against Sabah in the next match,” he stressed.

UniKL and THT started on an attacking mode in the first quarter with fair share of domination but it was UniKL who raced first to go ahead in the 13th minute through a penalty corner conversion by Razie Rahim, guiding the ball past goalkeeper Muhammad Hafizuddin Othman after the initial penalty corner was parried by a defender.

Pavandeep Singh then converted the second goal in the 27th minute from a brilliant penalty corner set piece to give the 2020 treble winners the much needed optimism in the match.

The third quarter saw both teams battling for possession but UniKL once again kept dominance for most part of the match, earning two more penalty corners.

Razie successfully scored the third goal from UniKL’s fifth penalty corner attempt in the 35th minute and Sukri nailed the fourth from a goalmouth melee in the 42nd minute – three minutes before end of the third quarter.

They gave everything as the clock ticked away with five minute remaining and earned two more penalty corners to square things off but were unsuccessful. UniKL will take on debutants Sabah on Tuesday.

The East Malaysian state suffered an 11-0 thrashing against THT in their opening match last Friday and will need all the luck to keep UniKL’s attacking machinery at bay or suffer another record defeat.