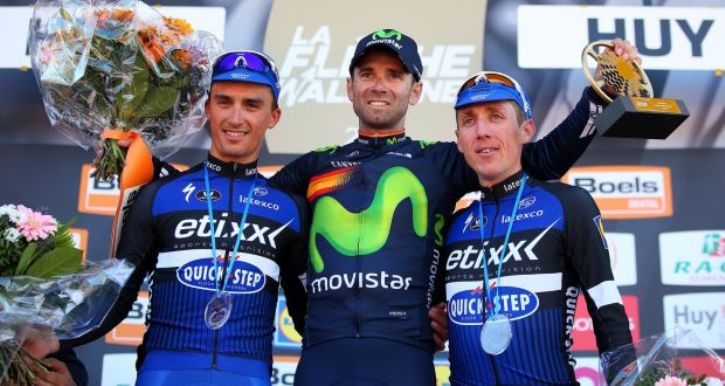 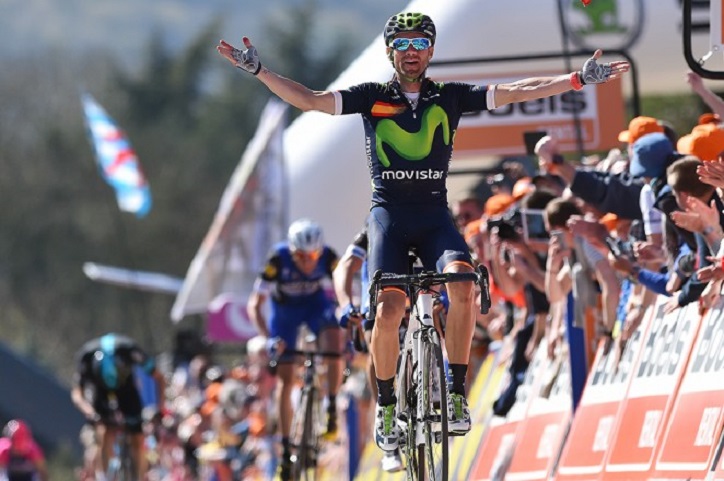 Spain’s Alejandro Valverde timed his finish to perfection to claim the Fleche Wallonne for a record fourth time on Wednesday.

The near 200km midweek Ardennes Classic came down to a dramatic shoot-out up the 1.3km long final ascent of the Mur de Huy, with Valverde seeing off Frenchman Julian Alaphilippe.

“This is really my race!” the 35-year-old Movistar veteran smiled.

Valverde waited until the last 300m before launching his attack.

His compatriot Joaquim Rodriguez had already made an impressive lunge for victory, before he faded and was overtaken by Martin.

But he would also be proven to have jumped the gun as Valverde delivered the coup de grace on the final stretch.

“I was feeling more nervous than normal, I didn’t want to miss out. I worked out the right distance to make my move,” Valverde reported.

He went into the race sharing the record of three wins with four other riders including Belgian great Eddy Merckx.

His love affair with the Fleche Wallonne began with his first success in 2006.

He then had to wait eight years for his next win in 2014, with the veteran Spaniard following up last year when Alaphilippe also filled the runner-up spot. – Agence France-Presse