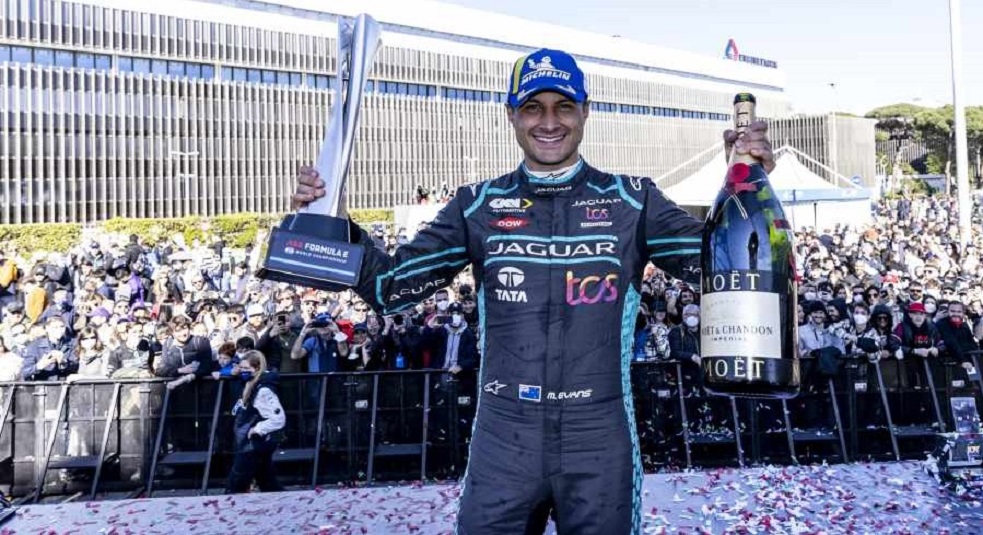 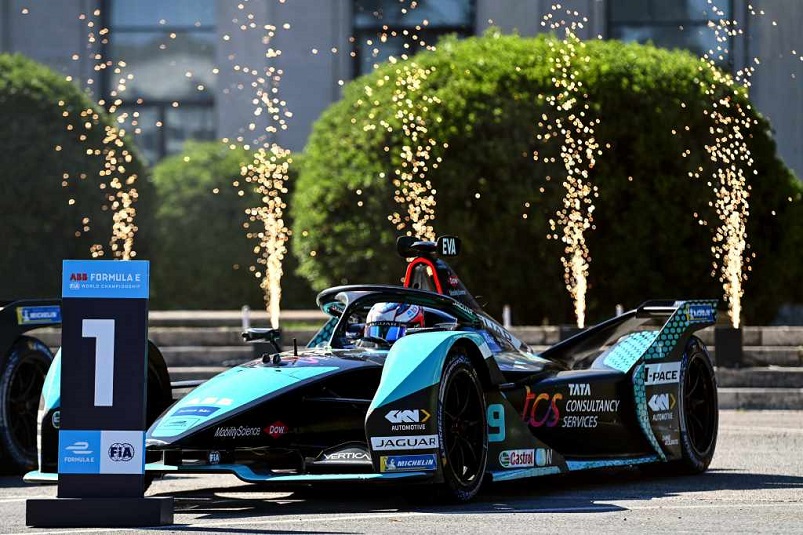 Mitch Evans and Sam Bird lined up fourth and fifth on the grid respectively after a successful qualifying session saw both drivers compete in the quarter-final duel against each other. Mitch progressed to make his first visit to the semi-finals this season.

In the first ten minutes of the race, Mitch Evans made a decisive overtake on Jake Dennis to move into a podium position. He continued to execute a flawless drive, overtaking André Lotterer and Jean- Éric Vergne to take the lead of the Rome E-Prix.

The New Zealander tussled with the front runners for a number of laps before a late safety car was deployed. A late and fearless ATTACK MODE strategy coupled with good efficiency enabled Evans to regain the lead of the race and take back-to-back victories on the streets of Rome.

Teammate Sam Bird, also had a strong race, and was set to score more valuable points for the team. Sam showed the exceptional pace of the Jaguar I-TYPE 5 before a collision while battling for position with Nick Cassidy forced him to retire in the final lap of the race.

“A double win for Jaguar TCS Racing in Rome. Weekends like this are incredibly hard to achieve but it’s down to the huge effort from all of the team to deliver this historic weekend for Jaguar. Rome has been kind to us with five podiums and three wins in three years and it’s great to have our season back on track after such a strong performance from Mitch and the team. We know how competitive this championship is so we’ll take this momentum forward from Rome, keep working hard and keep building on our championship in Monaco.” – JAMES BARCLAY, JAGUAR TCS RACING TEAM PRINCIPAL

“This weekend has been a dream. I was hoping to come to Rome and get some solid points but a double win is just incredible. Yesterday was amazing but I knew it would be really hard to do repeat again today as these double-headers can be tricky. The Jaguar I-TYPE 5 has been just perfect. This is our third win here now and I’m going to take this incredible feeling and momentum into Monaco. It is time to celebrate!” – MITCH EVANS, JAGUAR TCS RACING DRIVER #9

“Amazing weekend for the team. To come away with two wins with Mitch is absolutely unbelievable. The race car was fantastic, and Jaguar TCS Racing have done a stunning job in the break to transform what was a difficult start into a winning formula. Congratulations to every team member involved and we look forward to Monaco.” – SAM BIRD, JAGUAR TCS RACING DRIVER #10

The sixth round of the 2022 ABB FIA Formula E World Championship takes place on the iconic streets of Monte Carlo, Monaco on 30 April 2022.