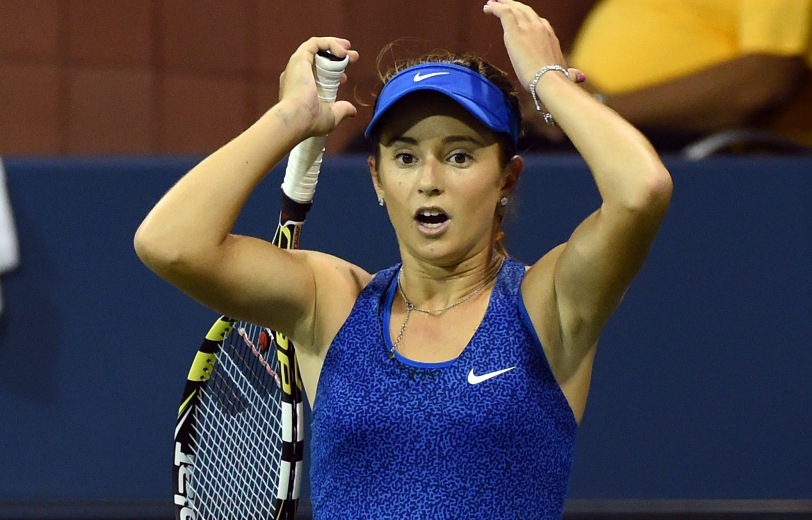 Top-seeded Venus Williams booked her semi-final berth at the WTA hardcourt tournament in Stanford, California, on Friday with a 6-4, 6-1 victory over 17-year-old wild card CiCi Bellis.

Ranked seventh in the world, the 36-year-old Williams needed only an hour to get past the 203rd-ranked Bellis in an all-American clash.

Williams, who captured the most recent of her 49 singles titles in February in Taiwan, next faces another American, Alison Riske, who was leading 6-3, 0-1 when fourth-seeded Coco Vandeweghe retired from their quarter-final with a right ankle injury.

Vandeweghe left the court in a wheelchair, pressing an ice pack to her ankle.

Bellis, playing in her first WTA quarter-final was buoyed by an early service break.

But former world number one Williams quickly regained the break and broke again with a backhand winner down the line to secure the opening set.

It was all Williams in the second set as she moved a step closer to a third Stanford title to go with those she won in 2000 and 2002.

The other semi-final will pit second-seeded Dominika Cibulkova of Slovakia against third-seeded Johanna Konta of Britain.

Cibulkova’s victory ensures she will return to the top 10 in the world rankings for the first time in more than 18 months.

Her 2016 campaign has included two titles and a run to the quarter-finals at Wimbledon.

“Today was really, really tough. She was playing fast from the first ball, but once I found out what I needed to do to win I was doing the right thing all the way through the match,” said Cibulkova, who won the Stanford title three years ago.

“I know the court, I know the balls, I know what I have to do to go all the way here,” she said. – Agence France-Presse