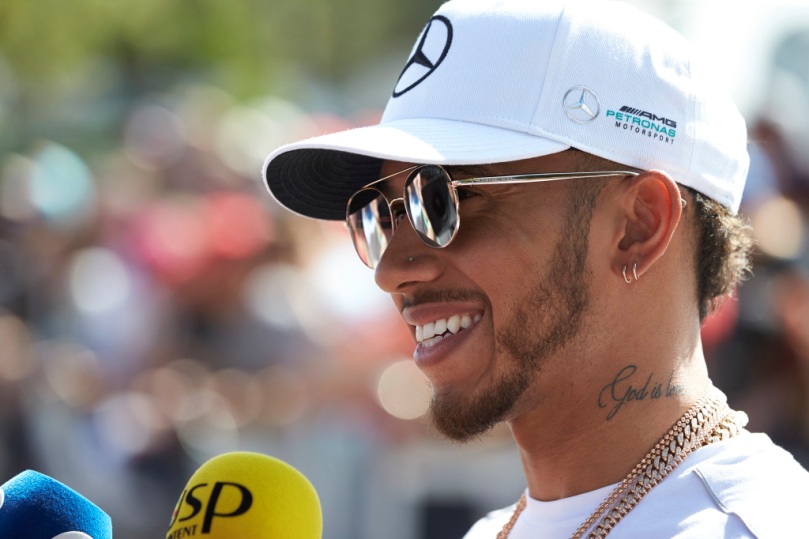 Championship leader Sebastian Vettel will this weekend seek to increase his advantage and inflict a demoralising blow to his rivals by securing Ferrari’s first win at the Monaco Grand Prix since 2001.

The four-time champion leads Lewis Hamilton of Mercedes by six points after five of this season’s 20 races, but heads into the classic 78-lap contest on the unforgiving streets of the Mediterranean principality knowing a victory could prove decisive in their tight title fight.

He knows also that there is some concern at Mercedes that their car, with a much longer wheel-base, could struggle to match Ferrari’s agility on the famous tight and twisting track where Hamilton, who loves the challenge, won last year.

The three-time champion will be seeking his third Monaco win after triumphing also in 2008 while Vettel, who won for Red Bull in 2011, is chasing his second win and, learning of Mercedes’ worries, will fancy his chances.

“We will have our problems with our longest wheel-base through the tight corners. It will be even worse than in Singapore.”

Despite winning every race in Monte Carlo since 2013, Mercedes appear to be truly afraid that they will start with a disadvantage.

Valtteri Bottas, who has replaced retired world champion Nico Rosberg as Hamilton’s team-mate, warned: “A car with the longest wheelbase on a track with so many slow corners -– we could be slower than them.”

Daniel Ricciardo, who lost a near-certain victory last year due to a Red Bull tactical bungle, will also be a threat to the leaders in what is expected to be an intriguing scrap in qualifying and the race.

“Last year was disappointing for me as I felt a win was on the cards,” said Ricciardo.

“But I am old enough and mature enough now to put that behind me and look forward and take back what I lost last year.”

Hamilton, however, will be certain to mount a fierce challenge for victory after winning in Spain two weeks ago and knows that he cannot afford to allow Vettel any chance to build up momentum.

The race will be billed as the 64th running of the Monaco Grand Prix as part of the world championship –- though it is the 75th race since 1929 — and will see back-from-retirement former winner Jenson Button, the 2009 champion, replacing two-time champion Fernando Alonso at McLaren.

Alonso will instead be at the Indianapolis 500 while Button, making his 306th F1 start, hopes Honda’s package of upgrades can enable him to make an impressive return for Monaco’s historically most successful team.  – Agence France-Presse