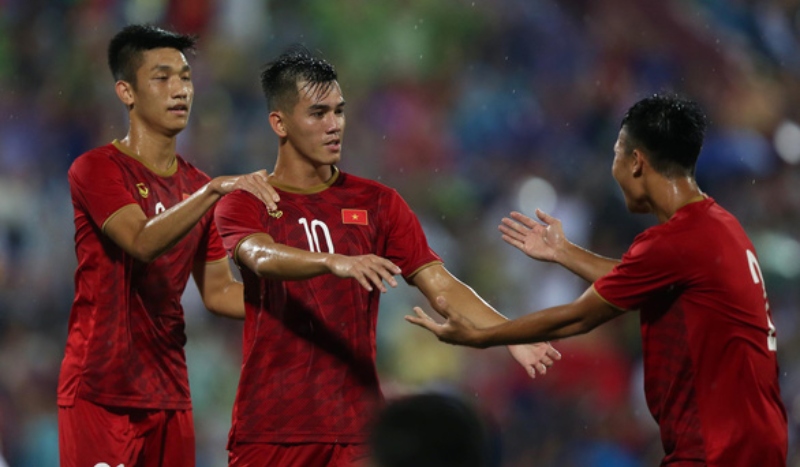 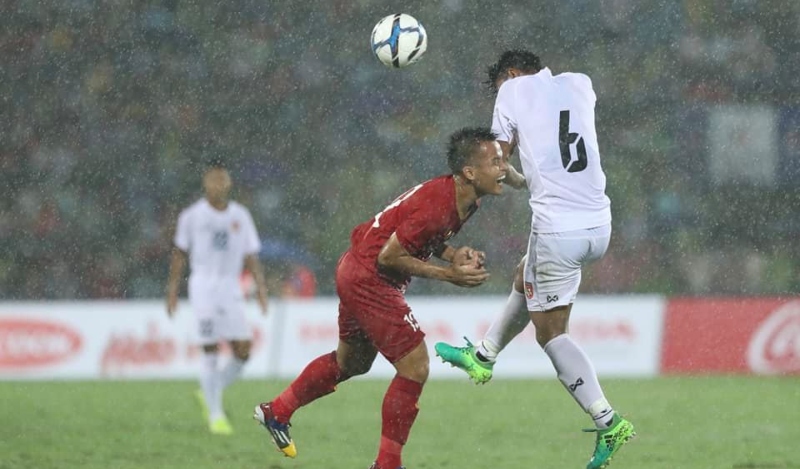 The Vietnam Under-23 team emerged 2-0 winners over Myanmar in an ill-tempered friendly that saw both teams playing with ten men at the Viet Tri Stadium over the weekend.

The friendly was meant as a test for both teams ahead of the SEA Games 2019 that will be hosted by the Philippines later in the year.

But in spite of the heavy downpour, Vietnam and Myanmar put up an absorbing encounter as the hosts taking the opening after just 14 minutes off Trieu Viet Hung making good on a corner kick.

The continued rain disrupted play for a good 30 minutes although it did not in any way dilute Vietnam’s eagerness for goal.

And just 30 minutes back, Vietnam again found the back of the with Nguyen Tien Linh’s finish from close.

Myanmar’s Win Naing Tun was sent off in the 77th minute for a second bookable offense while Vietnam’s Nguyen Trong Huy was red carded right at the end. 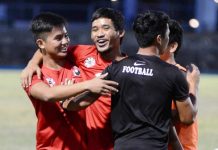