Home News Others VW US chief steps down amid emission scandal 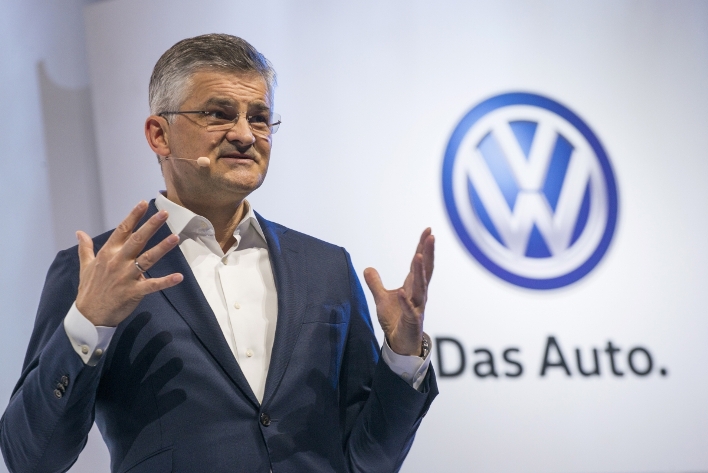 Volkswagen’s straight-talking US chief Michael Horn has quit the automaker as it struggles with the fallout of a massive pollution cheating scandal, a decision that caught the industry by surprise.

The departure of Horn, the 54-year-old car executive who made headlines worldwide in September 2015 with his frank admission that VW had “totally screwed up”, is effective immediately, Volkswagen said in a statement Wednesday.

He left by mutual consent “to pursue other opportunities”, the company said without further explanation.

“During his time in the US, Michael Horn built up a strong relationship with our national dealer body and showed exemplary leadership during difficult times for the brand,” said Herbert Diess, chief executive of the Volkswagen passenger cars brand.

Horn, the highest ranking US executive to quit the firm since the emissions scandal broke, became the public face of the German carmaker during the crisis.

He is to be replaced on an interim basis by Hinrich Woebcken, the North American regional chief and chairman of Volkswagen Group of America, Volkswagen said.

“People know this scandal was rooted in Germany, which is why this is so surprising,” Rebecca Lindland, senior analyst for auto researcher Kelley Blue Book, told Bloomberg News.

“In terms of scapegoats, there are other goats out there who would have been better.”

VW, which until recently had ambitions to become the world’s biggest carmaker, is battling to resolve its deepest-ever crisis sparked by revelations that it installed emissions-cheating software into 11 million diesel engines worldwide.

The software, known as a “defeat device”, limits the output of toxic nitrogen oxides to US legal limits during emissions test by regulators.

But when the vehicles are in actual use, the software allows them to spew poisonous gases at up to 40 times the permitted levels, giving the vehicle better acceleration and fuel economy.

Nitrogen oxide is a pollutant associated with respiratory problems and defeat devices are prohibited in the United States, where the VW scam was originally exposed, as well as in other countries.

On top of still unquantifiable regulatory fines in a range of countries, VW is facing a slew of legal suits, notably in the United States and Germany, from angry car owners, as well as from shareholders seeking damages for the massive loss in the value of their shares since September.

This week, German prosecutors said they had broadened their investigation into the cheating from six to 17 suspects at Volkswagen. No board member are among the suspects, however.

French prosecutors said they, too, have opened an investigation into “serious fraud” at the automobile manufacturer.

Volkswagen has since revealed that Winterkorn was sent a memo in May 2014 highlighting some of the diesel engine irregularities that have since come to light. – Agence France-Presse