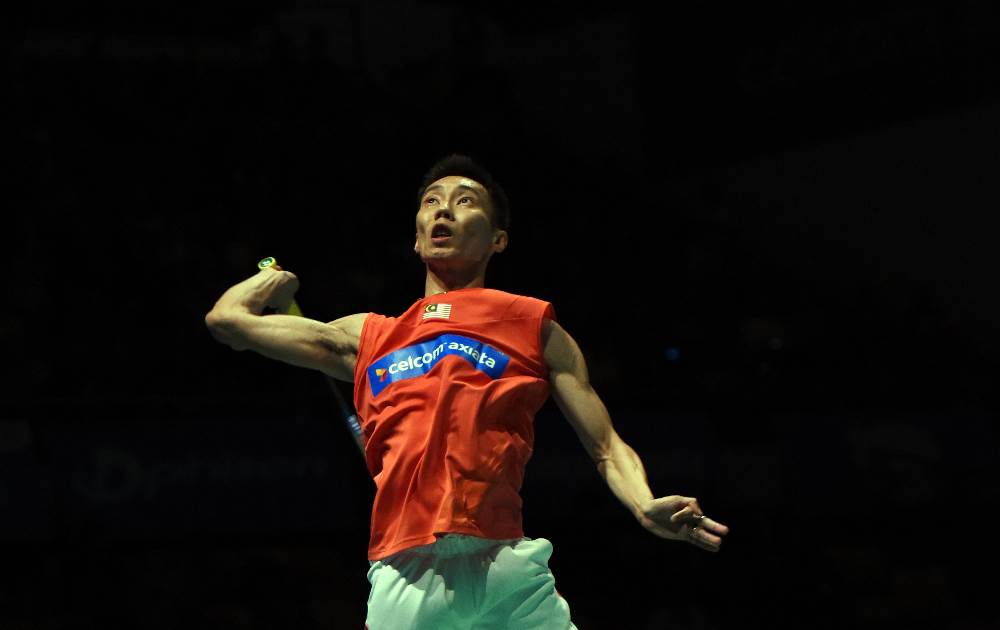 # ‘The win in Hong Kong has given me the confidence in my game – Chong Wei
# All England will be his first Superseries tournament again next year
Datuk Lee Chong Wei started the 2017 season with a bang by winning the Yonex All-England and ended the season with a bang also – by winning last week’s Yonex-Sunrise Hong Kong Open Superseries – for only his second title this year.
In between Chong Wei’s game took a dive with some disastrous results – results which his critics took advantage of.
The win in the Hong Kong Open, means the Malaysian ace, has to keep a date with the season-ending BWF Superseries Finals in Dubai from Dec 13-17. Chong Wei made the cut for Dubai in seventh place. Only the top eight get to play in the Finals.
“Yes. I will be going to Dubai. It is a big tournament with only the top getting to play in Dubai,” said on his arrival from Hong Kong on Monday.
“It is the last tournament of the year and I hope to give my best shot in Dubai. The Hong Kong win has given me the confidence and the rhythm in the game.”
Chong Wei has won the Superseries Finals four times and is eager to give the title another shot with the hope of ending the season on a high note after a spate of poor results after winning the prestigious All-England in March.
His biggest disappointment was his first round exit in this year’s World Championships in Glasgow, August when he fell to Frenchman Brice Leverdez. This was followed by more disappointments in Europe when he failed miserably in the Denmark Open and the French Open.
The win in Kowloon has given his badminton career a shot in the arm for the 35-year-old Malaysian ace who has repeatedly said he is not quitting the shuttle sport just yet.
To the large base of his Hong Kong fans who were there to cheer him in his win in the final against Olympic champion Chen Long (21-14, 21-19) he acknowledged their presence with a big smile and said: “I will be back next year (to defend his title)” – clear message that retirement is not on his mind.
It was Chong Wei’s fifth Hong Kong Open title. He had also won in 2009, 2010, 2013 and 2015.
“Time is factor but I will prepare well for the Dubai Finals,” adding that his first tournament next year will be the All-England.
“After the Dubai Final it is time to spend time with my family. My family needs my time and I want to be with them before playing in my first tournament next…the All-England,” added the father of two sons.BY RIZAL ABDULLAH