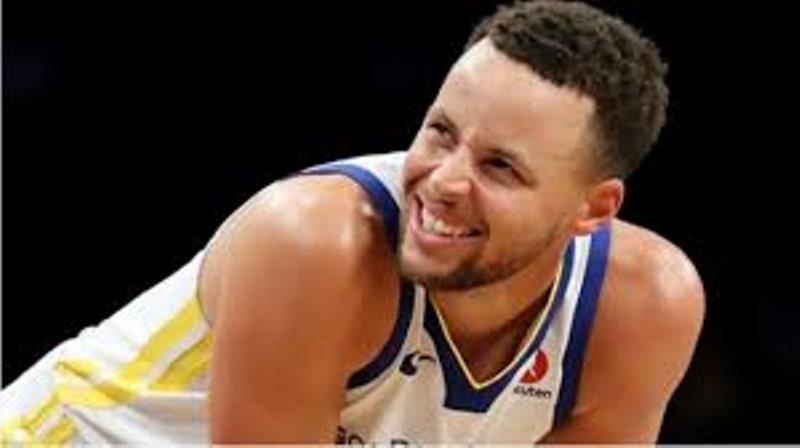 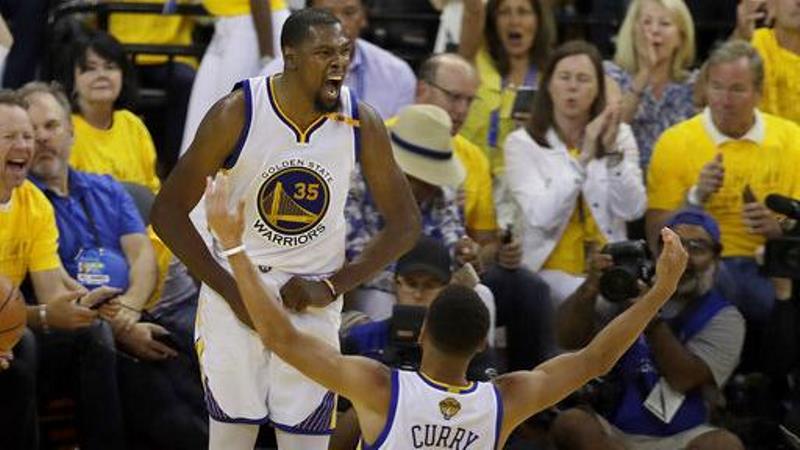 But the 3-point sharpshooter doesn’t need to look to the rafters to know the Warriors remain the team to beat as they begin the quest for a third consecutive NBA title and fourth crown in five seasons.

“I’m still glowing,” Curry said. “The glow won’t wear down until you get beat.”

Working Cousins into the lineup once he returns could add some zest to the regular season for Golden State, which has so far avoided letting repetitive domination lead to complacency.

“That’s the thing I’m most proud of with our team,” Curry said. “We’re talented and all that, but the work that goes into it, the mental approach to turn the page, has been there the last three years.

“You work so hard to earn the right to be proud of yourself at the end of the summer.”

Golden State will try to become the first team since the 2000-2002 Los Angeles Lakers to win three consecutive NBA titles and join the 1950s Minneapolis Lakers and 1960s Boston Celtics as the only clubs to win four titles in five years.

The Celtics dynasty, with eight titles in a row and nine in all from 1957-1966, is the only NBA squad to reach five consecutive NBA Finals — a feat the Warriors can achieve this season.

The Houston Rockets, who pushed the Warriors to seven games in last season’s Western Conference finals, and the Boston Celtics, bringing back injured stars Kyrie Irving and Gordon Hayward to a team that was one win from last season’s Eastern Conference crown, figure to lead a pack of rivals who ache for a chance to play for the championship.

“To be honest, it’s fun,” Curry said of wearing the target for every NBA rival. “No matter if it’s a Tuesday night at home or a back-to-back in some random East Coast city, you’re going to be tested and you can’t just sleepwalk through stuff.

“We’ve been exposed at times in terms of when we’re not extremely locked in that we can be beat. But when we are focused and in tune with each other, understanding what we’re trying to do to be successful, obviously we’re tough.”

No one knows that better than the Rockets, who won a league-best 65 games last season behind NBA Most Valuable Player and scoring champion James Harden. Houston led Golden State 3-2 in the West finals before Chris Paul suffered an injured hamstring and missed the last two games, both won by the Warriors to reach the NBA Finals, where they swept Cleveland for the crown.

While four-time NBA MVP LeBron James left Cleveland for the Los Angeles Lakers, he’s unlikely to lift them from 35 wins to title contenders in a season, leaving the Rockets to again offer the best threat in the West to Golden State’s supremacy after adding 10-time All-Star Carmelo Anthony to the lineup.

“We’re trying to win a championship. The margin for error is very little,” Rockets coach Mike D’Antoni said. “With this team, the depth we have, I think we’ve got an answer for everything. We’ve just got to figure out what that answer is.”

The Celtics have some sorting to do as well in an East up for grabs with James gone from Cleveland. Toronto added Kawhi Leonard and Philadelphia offers young star talent but Boston figures to be the best in the East.

All-Stars Irving and Hayward suffered season-ending injuries that allowed Jayson Tatum, Jaylen Brown and Terry Rozier to make an impact and nearly put the Celtics in the finals anyway. Blending the talent into a formidable lineup over the six-month season figures to make Boston a title threat.

“This franchise is really built for the next few years of being at the top tier of teams in the league,” Irving said. “Who wouldn’t want to be a part of that? What more could you ask for from an organization to really elevate your game? I’m looking forward to the challenge this year.” – Agence France-Presse