Home 2022 ‘We have to be competitive against Thailand’ – Hey 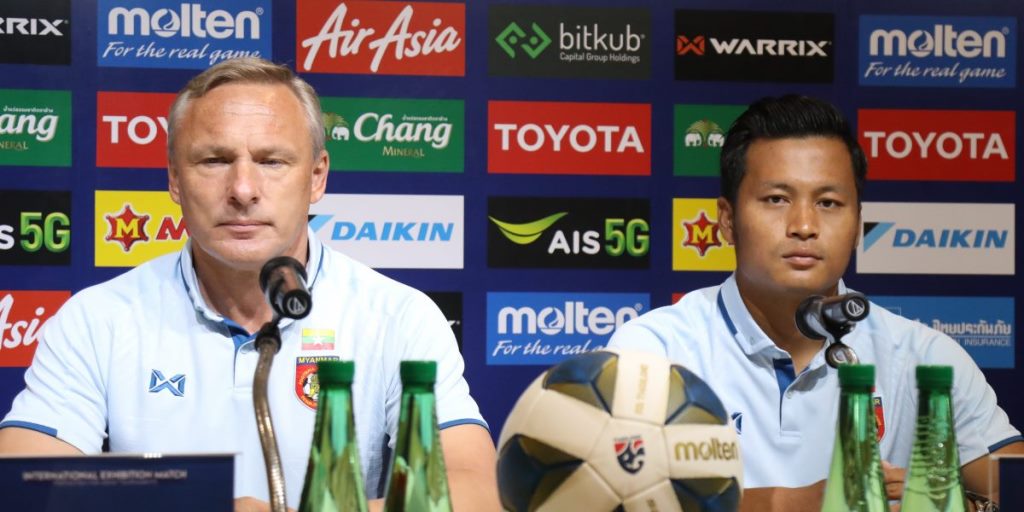 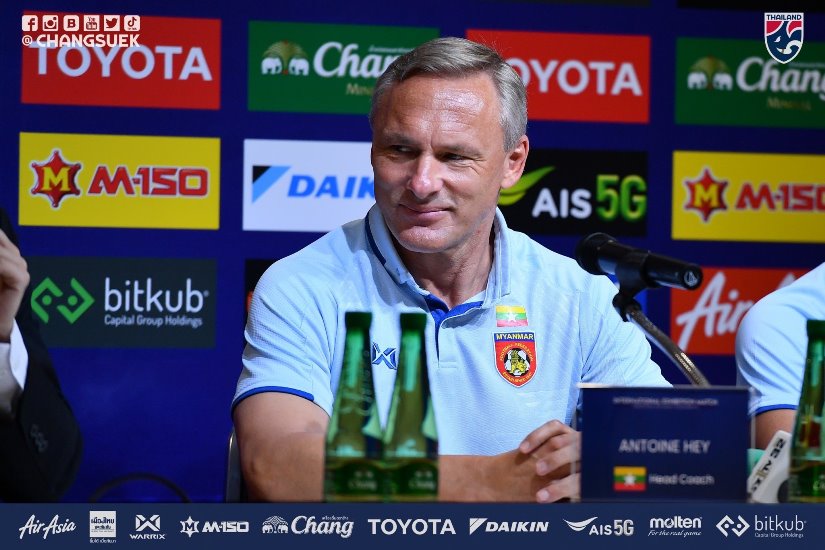 Myanmar head coach Antoine Hey is not putting too much pressure on his players ahead of tomorrow night’s clash against Thailand in a friendly where the idea is ’just to be competitive.’

The Myanmar national side is currently in Thailand preparing for the AFF Mitsubishi Electric Cup 2022 later this month.

“The whole team will have to compete (against Thailand tomorrow). We have been in preparation, so tomorrow, we will see how prepared we are,” said Hey.

“It has been good preparation. And to play Thailand will be good as they are a good team and we will play against the best.

“I would like to thank the FA of Thailand for arranging this match. It has been good training here where it has allowed us to test against club sides, which has helped us in the selection of players.”

Prior to playing against Thailand tomorrow at the Thammasat Stadium, Myanmar had ran out winners in two previous friendlies against Chonburi FC and Samut Prakan FC.

For the AFF Mitsubishi Electric Cup 2022, Myanmar are in Group B against Vietnam, Malaysia, Singapore and Laos.

Their opening game would be against Malaysia on 21 December 2022 at the Thuwunna Stadium in Yangon.