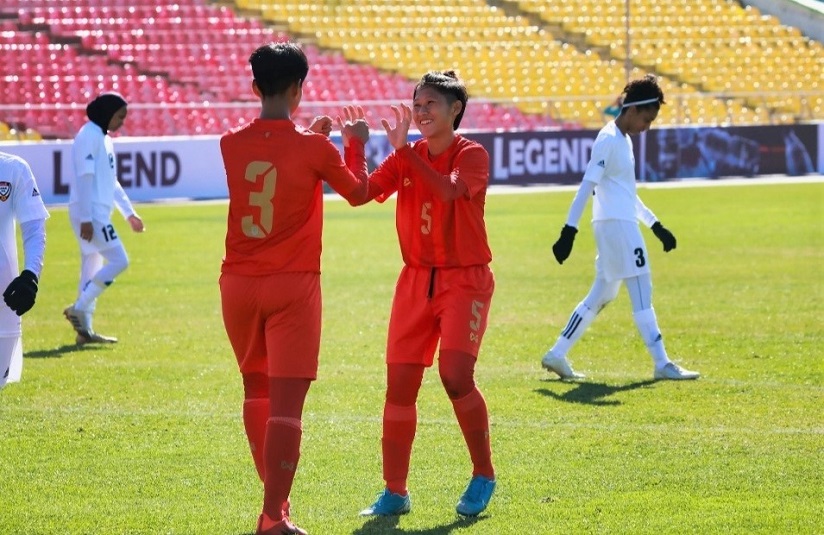 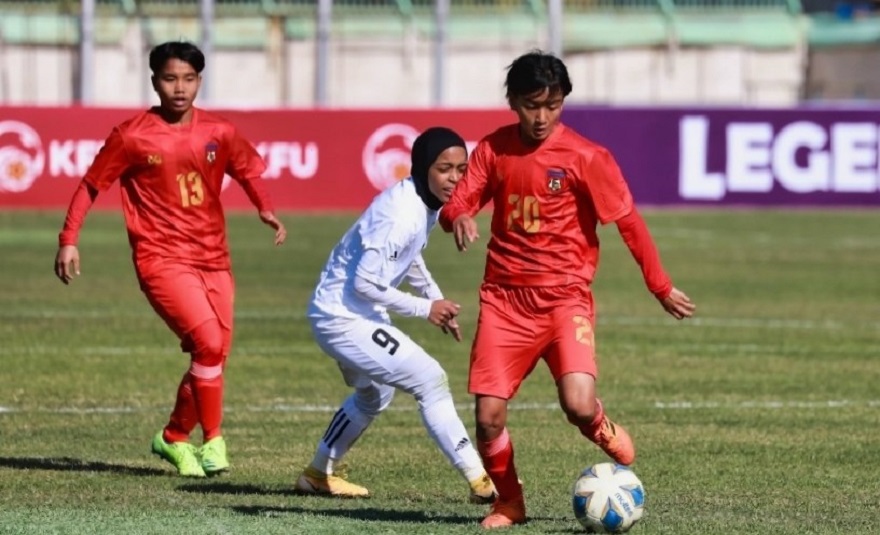 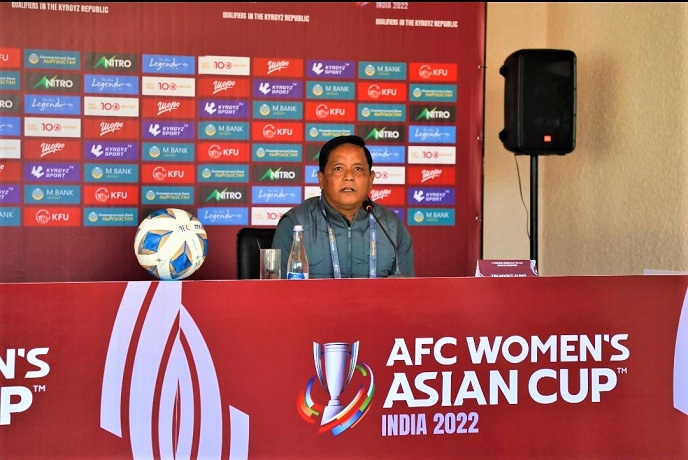 Shortly after confirming their win of Group D of the qualifiers, Myanmar women’s team head coach Tin Myint Aung has already shifted his focus to the tournament proper slated for end of January in India.

Myanmar confirmed their slot into the 2022 AFC Women’s Asian Cup after disposing the United Arab Emirates 2-0 earlier today at the Dolen Omurzakov Stadium.

And what made the win of the group even more satisfying for Myint Aung was the fact that the team scored a total of 14 goals in three matches played and conceded none.

“I would like to thank all the players for making our campaign here a success. We have taken the first step. Now, we have to compete against high-profile teams next at the AFC Women’s Asian Cup,” said Myint Aung.

“We already have a plan of what we want to do after this tournament and that is we have to play against higher quality opponents. We have to keep continuing to play to be better until the tournament proper.”

After Myanmar’s eight-goal thrashing of Guam in their last match, the United Arab Emirates (UAE) were not about to be mauled as they played it tight at the back.

But the Myanmar girls were just too motivated with the opening goal from Khin Mo Mo Tun in the fourth minute and then Chit Chit’s opportunistic strike in the 23rd minute to settle things.

Myanmar will be making a return to the AFC Women’s Asian Cup since 2014.