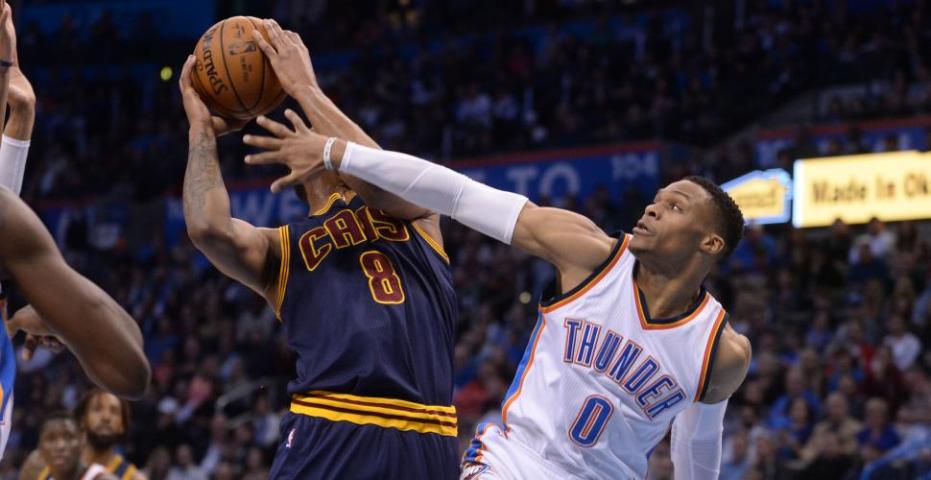 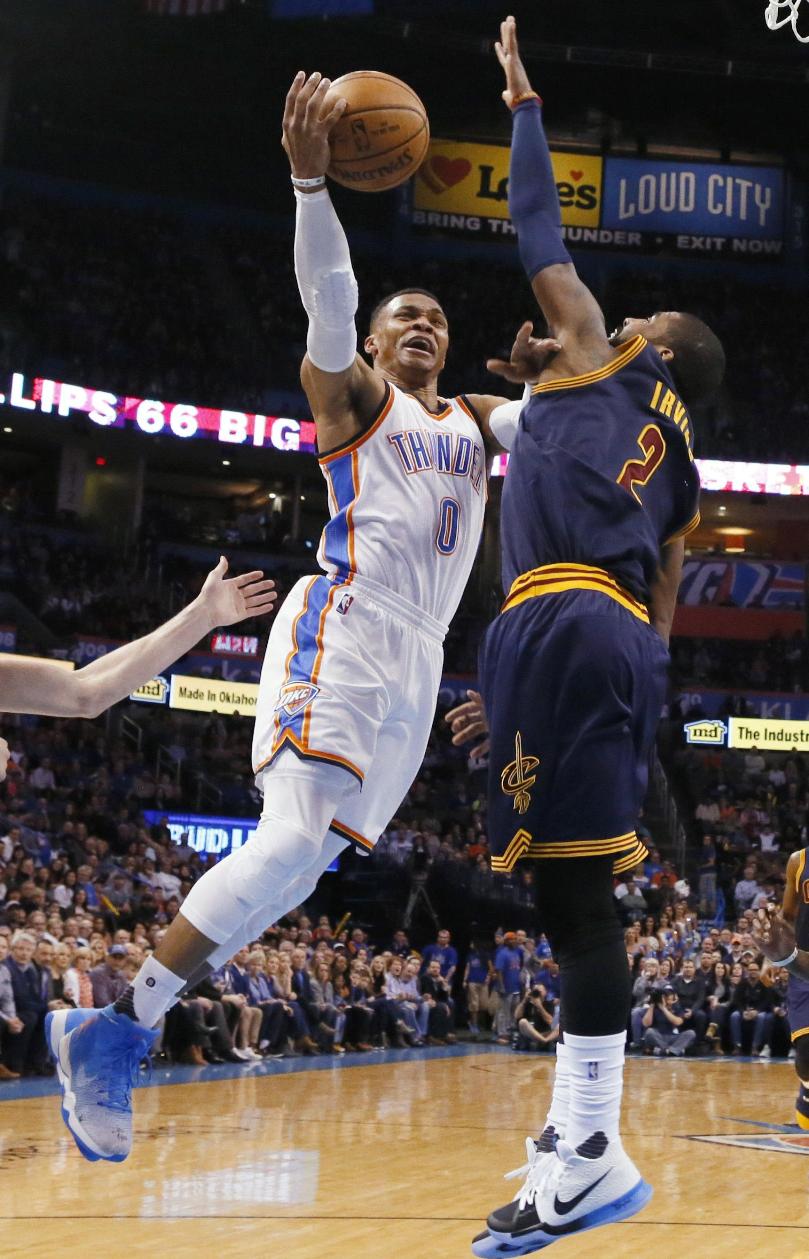 The relentless Russell Westbrook produced his 26th triple-double of the season Thursday to lead the Oklahoma City Thunder to a 118-109 triumph over the NBA champion Cleveland Cavaliers.

Westbrook poured in 29 points with 11 assists and 12 rebounds. Victor Oladipo added 23 points and seven rebounds and center Steven Adams of New Zealand added 21 points and 13 rebounds for Oklahoma City, who improved to 31-23.

Kyrie Irving led the Cavs with 28 points. LeBron James chipped in 18 to go with seven assists but was held scoreless in the fourth quarter.

Irving’s layup tied it at 99-99 with less than six minutes remaining, but two Westbrook baskets put Oklahoma City up 103-99 with 4:59 to play.

Irving answered with a driving layup, but after a Westbrook jump shot, Thunder reserve Jerami Grant blocked a shot at the other end. Westbrook sank another jumper to stretch Oklahoma City’s lead to 107-101 with 3:42 remaining.

James missed a fadeaway jumper before Westbrook fed Adams for an easy basket. After another block, Westbrook had the ball again, dishing to Oladipo for a layup that gave Westbrook his 10th assist and clinched his triple-double.

Westbrook matched the third-highest total for triple-doubles in a season. Oscar Robertson collected 26 in 1960-61 and 1963-64.

“Russ is a heck of a player,” James said. “What he’s doing is unbelievable, averaging a triple-double this year. He proved tonight why he is an MVP candidate.”

The Cavs suffered just their second defeat in their last eight games.

After coach Tyronn Lue said James, Irving and Kevin Love might all sit out to rest, all three stars played, with Lue saying all told him they were feeling “pretty good.”

Lue said he didn’t regret the decision to play the trio.

“It was a tough game for us. Four games in six nights, it was just good to fight through and not give in,” he said.

That game on Saturday will be Kevin Durant’s first return to Oklahoma City since he forsook the Thunder for the Warriors as a free agent.

“It’s going to be a fun game,” Westbrook said. “It’s an exciting game that a lot of people have been waiting for. I’m looking forward to it.” 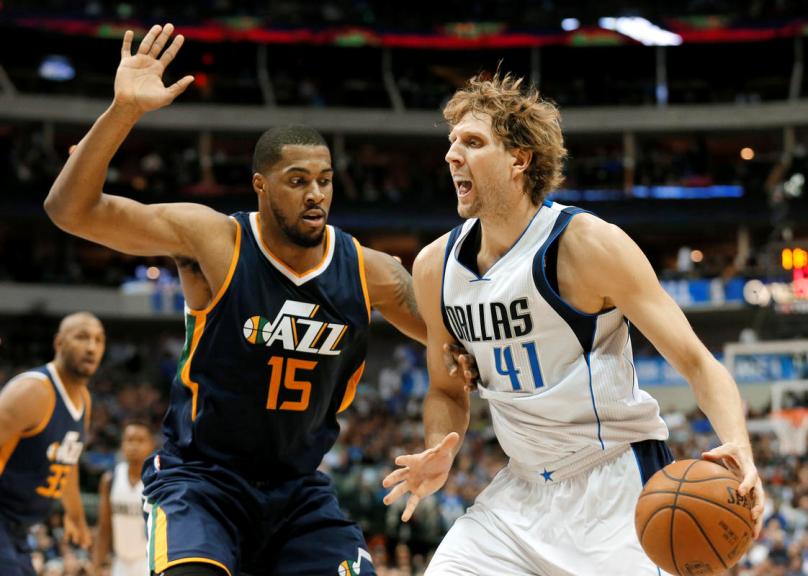 In Dallas, the Mavericks rallied from a 21-point third-quarter deficit to stun the Utah Jazz 112-105 in overtime.

Dirk Nowitzki’s jump shot with three seconds remaining sent the game into the extra session. Harrison Barnes scored eight of his 31 points in overtime as the Mavs withstood 36 points from Utah’s Gordon Hayward and snapped the Jazz’s four-game winning streak.

Boston guard Isaiah Thomas scored 15 of his 34 points in the fourth quarter as the Celtics erased a 17-point deficit to beat the Trail Blazers 120-111 in Portland.

Seven Celtics scored in double figures as the team won for the eighth time in nine games.

In Charlotte, James Harden scored 30 points, pulled down 11 rebounds and handed out eight assists to lead the Houston Rockets to a 107-95 victory over the reeling Hornets.

The Rockets trailed by four at halftime. But they out-scored the Hornets 36-22 in the third and led by double digits for much of the final quarter.

Harden, who finished just two assists shy of his 15th triple-double of the season, connected on eight of 21 attempts from the field to help the injury depleted Rockets notch a third-straight victory.

They made 13 three-pointers, including seven in their third-quarter surge, and harried the Hornets into 22 turnovers.

“The defense was better tonight, a lot better,” Harden said. “The communication, the awareness, just everything as a whole we were really good tonight.” – Agence France-Presse