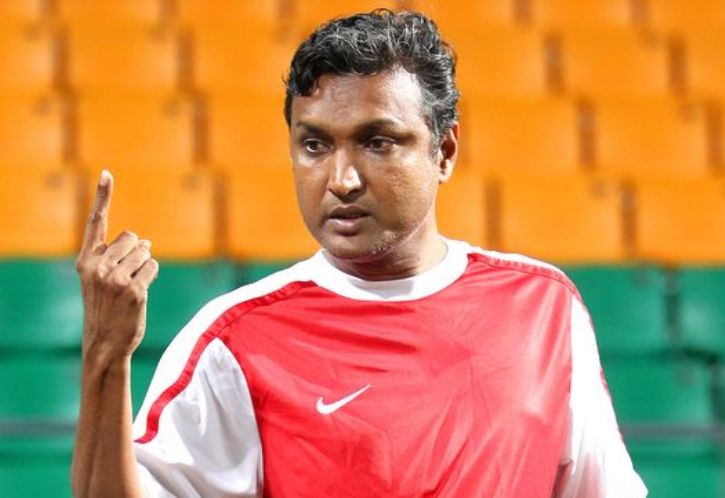 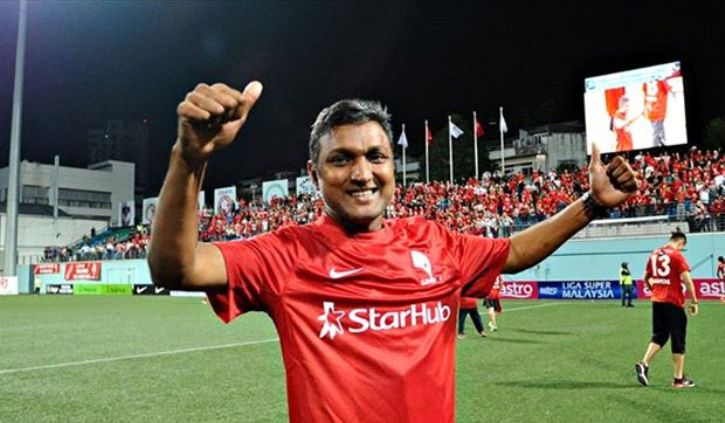 THERE were plenty of brickbats and criticisms for the Football Association of Singapore (FAS) as V. Sundramoorthy was crowned the new “bola” boss on Friday. Simply because the first Singaporean coach to lead the Lions after 16 years was named “caretaker” coach.

I had to dribble to Collins dictionary to find out the meaning of the nine-letter word  “caretaker” and it says, among other definitions, someone “holding office temporarily, in interim”.

Nowhere in the world would a newly-minted home-grown coach be branded with the word “caretaker”, except in Singapore, and I feel it’s a slippery slap in the face for Sundram, who holds the FIFA/AFC Pro Licence certificate, the highest FIFA-recognised global coaching badge.

Why “caretaker”? Why just on a one-year contract? Is this a temporary or stop-gap appointment? Is this a no-confidence longer-term signal to a talented Singaporean? Or is Sundram merely warming the bench for someone else?

These are quick questions sports-minded Singaporeans are asking this weekend, as they ponder over the contradiction to ridiculously brand him “caretaker”.

In my opinion, he definitely deserves to be more graciously recognised and saluted as perhaps one of the most gifted football prodigies of this generation, rightly hailed as “The Dazzler”, for his extraordinary playing skills, which saw him do a professional player stint with FC Basle in Switzerland.

As Godfrey Robert (The New Paper sports consultant) says, Sundram is no “spring chicken when it comes to coaching”.  Yet in terms of dollars and cents, he’s only paid a fraction of pay compared to the “ang mohs”, who have wriggled their way to Singapore from the mid-1970s.

Perhaps “caretaker” means having a pitten of a pay-packet, compared to what foreigners would ever settle for, and in Singapore’s globally-lauded non-corrupt and meritocratic work arena, it’s an absolute disgrace.

Typically, meritocracy is referred to as pay-for-performance. If a company has a culture of rewarding a job well done, its employees naturally will be more highly motivated. “Meritocratic” organisations most highly value those things that might never have been documented, but which trigger a revolution in how the company does what it does.

Football fan Siva Govindasamy blasted over FACEBOOK: “If (the FAS) trusts him (Sundram) to assume the position after such a rigorous interview process, why not give him a two-year contract like the predecessors? So Sundram, as a local, has less value than his predecessors?”

FAS vice-president Lim Kia Tong when asked by journalists, why the football body decided to term the position as “caretaker coach”, said: “Technically, legally, contractually, if Sundram is prepared to reveal the terms of his contract, all the terms suggest he is, in substance, the national coach.”

FAS president Zainudin Nordin, audaciously suggested, the “caretaker” label would mean less pressure for Sundram. “Have you heard of the term “Acting Minister” before?” Zainudin puzzlingly asked The New Paper.

The clock is ticking: What can anyone do, with genuine pride and passion, if allowed only 365 days to prove his mettle?

Sundram’s first assignment will be next week’s AYA Bank Cup in Myanmar which will feature the hosts, Singapore, Vietnam and Hong Kong. His real acid test though will be the AFF Suzuki Cup at year’s end. He has set himself the target of leading the Lions to the semi-finals after their embarrassing group-stage exit on home soil in 2014.

For the record, Sundram is the first local coach in 16 years to helm the Lions. Vincent Subramaniam, who led Singapore from 1998 to 2000, was the last Singaporean to hold the post. He has since migrated to Bangalore, India.

Still lauding over the lousy “caretaker” name-tag, let me reiterate that it vividly suggests a lack of faith in his ability. But at FAS, probably, who cares…and for Sundram, it’s cracking time to prove his cynical critics, his miscarried masters, wrong.