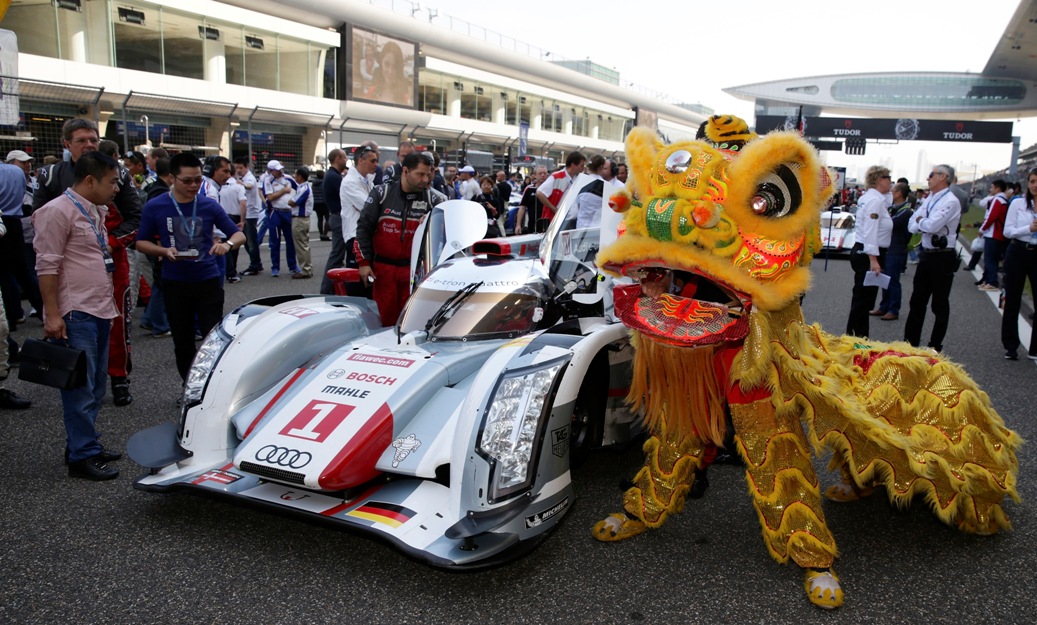 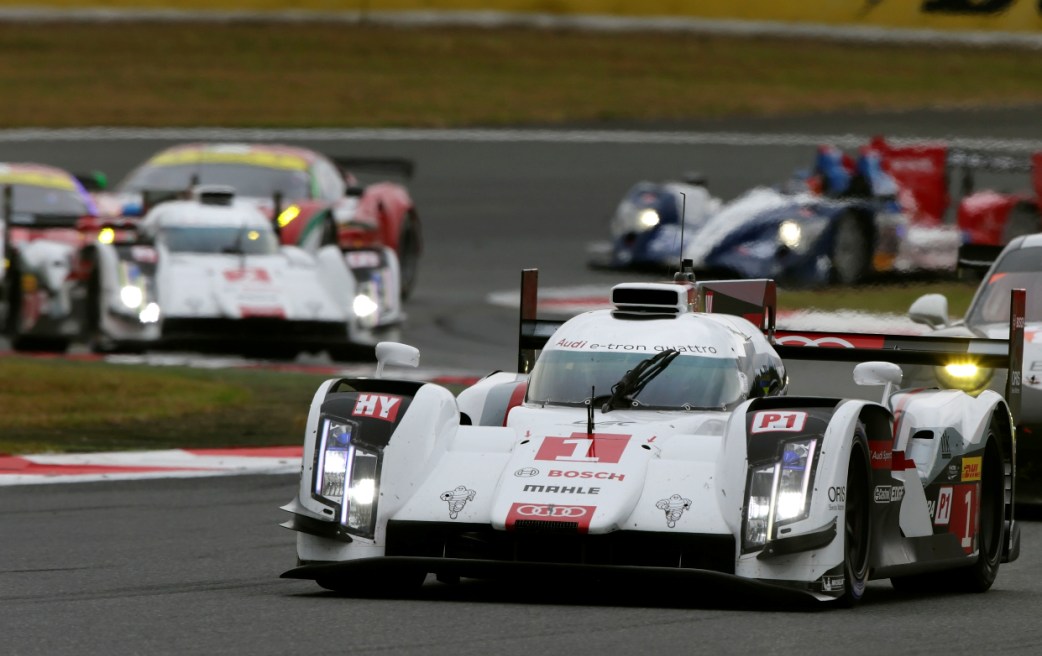 The FIA World Endurance Championship (WEC) is wound up to a high pitch. Within the space of three weeks, sports car fans have been thrilled by the lead in the manufacturers? championship changing twice. Following two one-two victories in succession, Audi had taken the top spot in the standings at the season?s midpoint. Although the brand had to relinquish its lead in the race in Japan, it remains in striking distance of the leader of the standings. Now the World Championship decision is coming to a head, as the sixth of eight WEC races is on the agenda at Shanghai on November 2.

The brand with the four rings is separated by merely eight points from leader of the standings Toyota in the manufacturers? classification, while the brand?s advantage over the third-placed brand, Porsche, is 66 points. A total of 132 points are yet to be awarded until the finale. The WEC round in China has special significance for Audi for several reasons. The track is regarded as very challenging, the team achieved victory there last year, and the ?Middle Kingdom? has evolved into the largest sales market for AUDI AG. In China, the company delivered 415,704 automobiles between January and September ? 16 percent more than a year ago. Audi operates production sites in the cities of Changchun and Foshan.

Its extreme configuration makes this race track unique. The Shanghai International Circuit features the longest corners in the motorsport world in the form of helical bends. In addition, the sequence of several long straights, interrupted by very narrow turns, results in a downright ?stop-and-go? rhythm that provides good overtaking opportunities. A year ago, the brand with the four rings scored its first victory in Mainland China: Marcel Fässler/André Lotterer/Benoît Tréluyer (CH/D/F) decided an extremely thrilling 6-hour race in the WEC in their favor with an advantage of 15.374 seconds. In addition, the brand, in 2013, recorded an early win of the drivers? world championship by Loïc Duval/Tom Kristensen/Allan McNish (F/DK/GB) there. This year, the FIA WEC is more thrilling than ever before because an early decision of the title is mathematically impossible in China in the manufacturers? championship and highly improbable in the drivers? championship.

The Chinese racing fans can look forward not only to seeing the two WEC sports cars from Ingolstadt and Neckarsulm. On the first weekend in November, the Audi R8 LMS Cup will be held there as well. In 2012, the series was Audi?s first one-make cup in Asia. Thrilling close battles between the 570-hp GT race cars are guaranteed in rounds 9 and 10 of the season, as the decisive stage in the contest for the title has begun in the Cup too.

Dr. Wolfgang Ullrich (Head of Audi Motorsport): ?The Chinese market is one of the most important ones for us on an international scale. Therefore, we?re committed to our claim of making a successful appearance there in motorsport as well. A year ago, we managed to decide the round at Shanghai in our favor with a very good showing and a strong team performance, although the track doesn?t suit our race car concept particularly well. This year, we?re again going to leave no stone unturned to achieve a good result.?

Chris Reinke (Head of LMP): ?The WEC race at Shanghai has a special significance for us. China as a market has long become something like a second home for Audi. As we?re always received with open arms, we?re traveling there with great enthusiasm. Even though the prerequisites are anything but easy, we?re set on battling for the top spot like last year.?

Ralf Jüttner (Team Director Audi Sport Team Joest): ?Although Shanghai wasn?t easy for us in the past season, we won. In the second half of the race in changing track conditions and with clever tire management we were able to turn the tide in our favor. That was a sensational success and gives us tremendous motivation this year.?


Facts and quotes by the Audi drivers

Lucas di Grassi (30/BR), Audi R18 e-tron quattro #1 (Audi Sport Team Joest)
-Has mounted the podium three times this year
?Shanghai is an amazing track that I know from Formula One. Driving a race in this metropolis is a real highlight. And everybody knows how important the country is for Audi. I can hardly wait to drive the R18 e-tron quattro on this track for the first time.?

Tom Kristensen (47/DK), Audi R18 e-tron quattro #1 (Audi Sport Team Joest)
-Was previously on the grid with Audi in the DTM, ILMC and WEC racing series in China
?I?ve been competing with Audi for many years in China. The enthusiastic Chinese fans are becoming more and more knowledgeable about motorsport every year. And they have close ties to our brand. The track is very special. For example, it has the world?s longest corner following the start and finish. It?s so long that we divide it into sections 1 and 2. This event is fantastic and we?re set on achieving a good result.?

André Lotterer (32/D), Audi R18 e-tron quattro #2 (Audi Sport Team Joest)
-Is in third place of the drivers? standings together with his team-mates
?Winning in China a year ago was a brilliant experience. It was particularly great for Audi also because the market is so important. Our team-mate Benoît Tréluyer was running incredibly well last year. Now we?re going to give our very best again.?

Benoît Tréluyer (37/F), Audi R18 e-tron quattro #2 (Audi Sport Team Joest)
-Set the fastest race lap in China last year
?At Shanghai in 2013, we made a strong showing. The pace was right. Now we?d like to continue that, even though we know that this is no mean feat because the track doesn?t suit our current car. In the battle for the title, the crucial stage is coming up now. Of course we?re going to give everything to come home with trophies.?

The Audi drivers at Shanghai

Related articles across the web