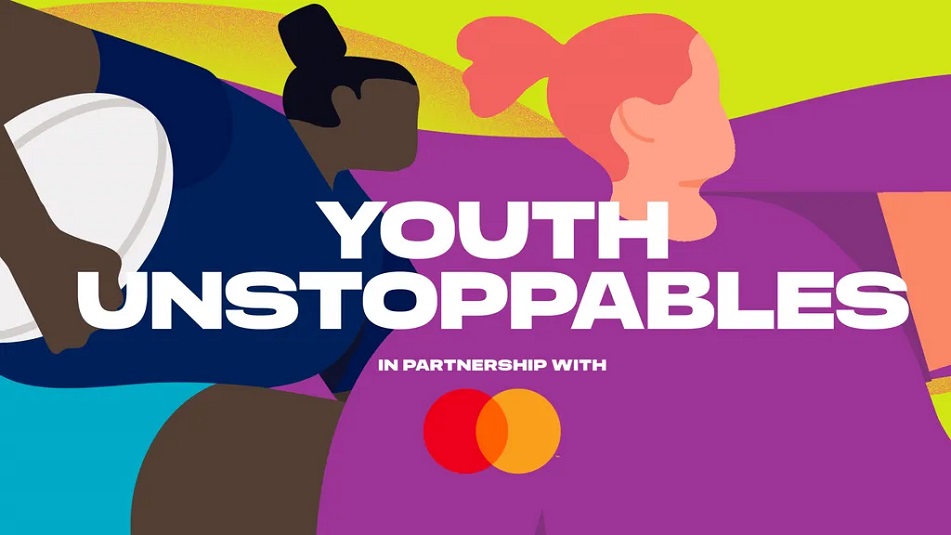 Youth Unstoppables content series, in partnership with Mastercard, will champion and inspire the next generation of women’s rugby players and fans worldwide

World Rugby and Mastercard have today unveiled the first group of seven Youth Unstoppables from South Africa, USA, France, Norway and Paraguay to celebrate one year to go until Rugby World Cup 2021, playing in 2022.

The Youth Unstoppables stories will be told through a bespoke digital content series championing the 17 inspirational young female athletes from 14 unions around the world.

The series aims to inspire more women and girls to play and watch the sport by showcasing women’s rugby as the ultimate and most diverse team sport – on and off the pitch – and how, through the power of togetherness and strong unity, a team is greater than the sum of its parts.

The first episode will feature South African Youth Unstoppable Zikhona and will premiere across World Rugby digital platforms on Monday, 11 October in celebration of International Day of the Girl Child 2021.

In addition, Mastercard is strengthening its commitment to women’s rugby as some of the biggest names in women’s rugby, Maggie Alphonsi, Portia Woodman and Safi N’Diaye join the all-star roster of athletes who serve as Mastercard Global Brand Ambassadors in recognition of their advocacy for advancing women in global sport.

Following the release of each Youth Unstoppables episode, World Rugby and Mastercard will be curating Priceless Experiences and content for young women who are inspired and want to get involved in the sport, giving them the opportunity to grow their passion.

World Rugby Women’s General Manager Katie Sadleir today said: “We are excited to work together with Mastercard to continue to accelerate the sport’s incredible growth in participation and appeal. Our inspirational group of Youth Unstoppables are the next generation of inspiring women’s rugby players and advocates worldwide. They embody so many of rugby’s values on so many levels and will no doubt inspire women and girls worldwide to play and watch the game as we build towards RWC 2021 in New Zealand next year.”

“Mastercard and World Rugby are united by our unwavering commitment to the advancement of women in sports and business,” said Raja Rajamannar, chief marketing and communications officer, Mastercard.

“Through Priceless Experiences and inspiring content, we have the opportunity to foster connections to the game with audiences around the world, encouraging young fans to follow their passion and become involved with this empowering sport.”

The campaign is part of World Rugby’s ambitious Accelerating the Development of Women in Rugby 2017-25 strategic plan and builds on strong foundations, with women’s rugby experiencing unprecedented growth in recent years – more than 2.7 million women and girls are currently playing globally, making up a quarter of the world’s playing population.

A long-time supporter of the sport and women in rugby, Mastercard is the exclusive partner of the Youth Unstoppables campaign, in addition to being founding Global Partner of the Women in Rugby programme.

The transformational five-year partnership will also see Mastercard become the first Worldwide Partner for Rugby World Cup 2021 and Rugby World Cup 2025, as Preferred Card for both tournaments, founding partner of Pacific Four Series and the Global Partner of WXV, the annual global women’s competition due to start in 2023. – WORLD RUGBY