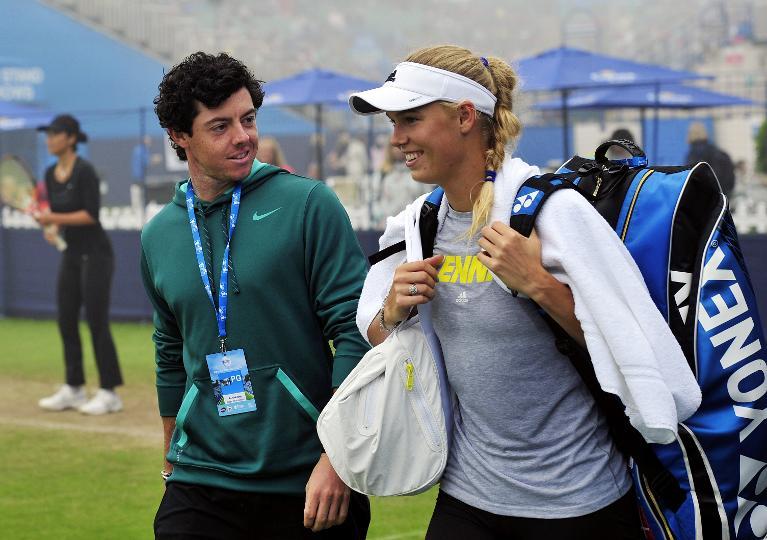 CAROLINE WOZNIACKI admitted she was being inspired by the imminence of her wedding to Rory McIlroy after bringing about a great survival in the first round of the Dubai Open.

“I’m so excited – it’s such an exciting time,” Wozniacki said after her 2-6, 6-3, 6-3 win over Lisicki which, it transpired, had not really been the thing uppermost in her mind.

“We have set the date,” she admitted, without being prepared to say when that was. Was it this year? “You never know,” she responded, but with a mile wide smile which gave the impression it was.

Wozniacki was more forthcoming when asked whether she is a better golfer than he is a tennis player. “It used to be I was a better golfer, but it’s not anymore, because in the off season he was hitting every day,” she said.