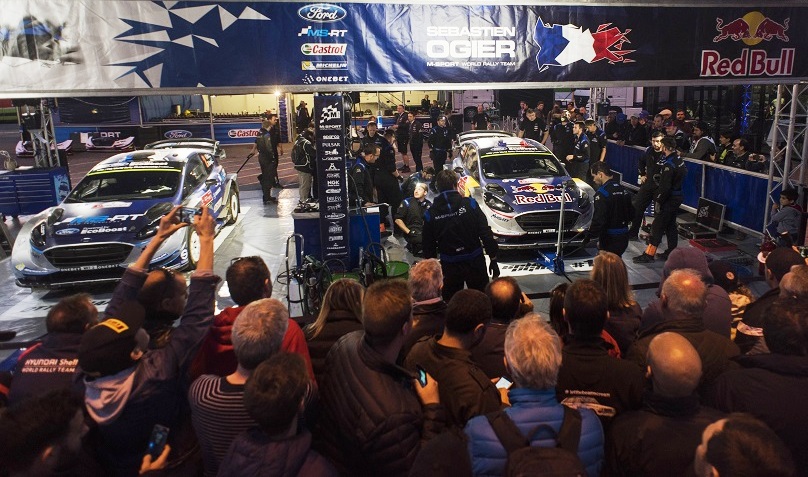 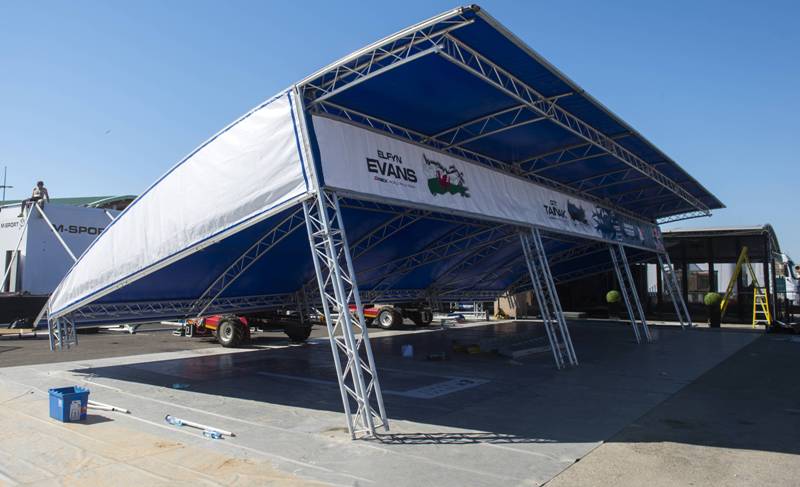 The last day in May and the car park alongside Via Giuseppe Garibaldi is just that: a car park. Alghero’s going about its daily routine. Espresso’s being drunk, boats fixed, fish caught.

A day later and there’s not a car in sight. Overnight, somebody’s been in and marked out areas, each one 64 metres long. Now, not long after sunrise, trucks are coming in from the north. From Porto Torres.

It might be a full week before the start of Rally Italia Sardegna, but the World Rally Championship is coming and a village is about to be built in the port town on the island’s west coast. This village will house hundreds of people and machinery measured in millions of Euros.

Everything has to be right. Thirteen times a year, nothing is left to chance as open spaces are converted in the beating heart of a World Rally Championship round.

The first job is to get the trucks in place. Each of the four manufacturer teams brings, on average, 10 articulated lorries packed with all the kit needed to construct what will become the world’s most advanced centres of rally engineering with a near Michelin-starred restaurant alongside. And then there are the offices, driver rooms, kitchens and bathrooms. They all come and go in 12 days either side of a three-day WRC round.

World championship leader M-Sport has two options when it comes to its service park presence. Since Ford’s departure left the Brits working as a private team, that presence has been scaled back.

Where once a two-storey mansion stood – known affectionately in the sport as Terminal Five in deference to a glass front similar to London’s latest airport addition – these days there’s a more modest structure.

“The two-storey building came in pods which came on the back of the trucks,” says M-Sport co-ordinator Iain Tullie. The first truck had a crane on it, it parked in the centre and dropped the pods in a U-shape around it. It was a big job and one that could be affected quite badly by the weather – high winds could stop the job in its tracks.

“What we have now is smaller, but it still takes a while to put it up. The 10 trucks arrived on Thursday morning and those 10 truck drivers become the set-up crew, joined by four others who fly in to help. The basic structure is in for Saturday, including the hospitality area, but it’s the kitchen that’s the priority – by Sunday we need to be starting to prepare food for the recce.

“The car bays, the areas where the cars will be worked on during the event, are ready for Sunday. Some of the cars will be tested on Sunday or Monday and they need to be re-prepared for the event. The main team cars (for Sebastien Ogier, Ott Tanak and Elfyn Evans) arrive on a transporter on Tuesday and it’s obviously very important that we’re ready for them. Tuesday and Wednesday is when the rest of the team starts to arrive.”

By then, the village is up and running. And most of it now sits in the shadow of Hyundai’s impressive building. The Korean manufacturer is the first team to bring in a second floor.

Hired in from an expert firm which has worked with MotoGP teams in recent seasons, Hyundai’s structure is essentially an IKEA-style flat-pack construction. Except on a massive scale. Roofs, walls and floors come in on the back of six trucks and are craned into place and bolted together by a team of 20 in four days flat.

Floor two was introduced when a bit more room was needed to house VIPs ranging from visiting rock stars to the highest level execs inbound from Seoul. That’s the beauty of the Hyundai structure: being flat-pack and with stronger supports inside, the sky is quite literally the limit in terms of how high it can go.

Pack down, as its known among the WRC villagers, is a whole lot quicker.

Once the final working service is complete, it begins. M-Sport’s dismantling job is near complete just six hours after the finish.

“We have a lot more people working on pack down,” says Tullie. “But this is definitely not a job we rush. We have a very well prepared plan for this, but there are also very strict health and safety guidelines to be followed in countries like Britain.”

It’s hard hats and safety lines all around as the dismantling begins.

While M-Sport’s kit is locked down and loaded up into its truck by late Sunday night, the Hyundai boys will still be at it through Monday.

The car park’s back and Alghero life returns to normal.