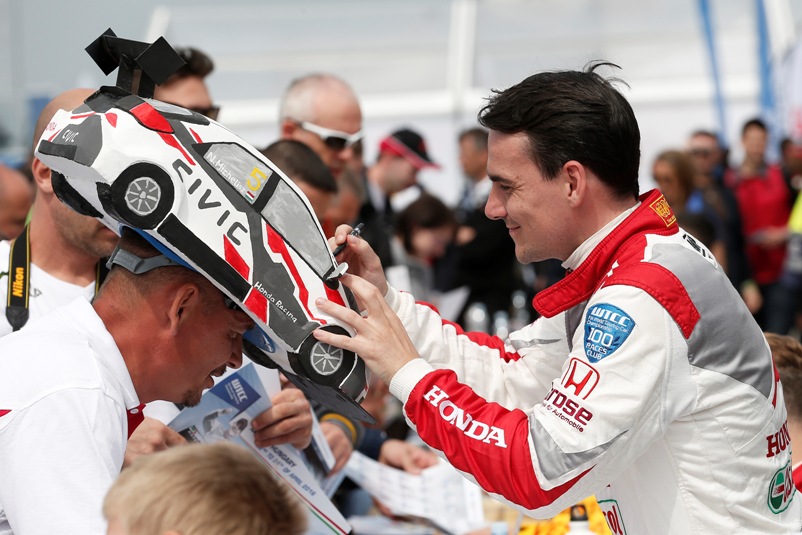 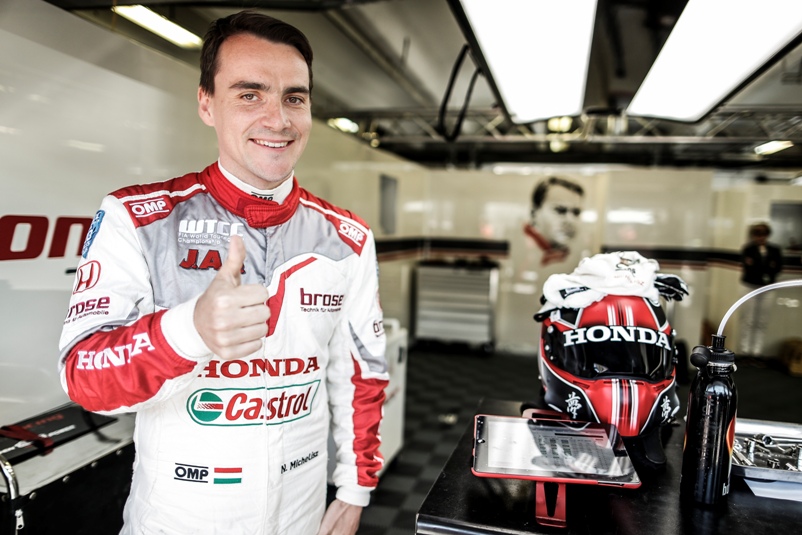 Your 2017 testing programme with the Castrol Honda World Touring Car Team began in Aragon last month – how did it go?
“Very good, I enjoyed getting back in the car because too much time has passed since [last season’s final round in] Qatar and I really missed driving the Honda Civic. It was fun, but on top of that I was really happy because we did three days [of testing] and the car was working very good. We had some updates and all of them were working fine. You always need reliability with the car, but we managed to get that so everyone is really happy inside the team.”

But what about performance, were you happy with that?
“The target was not to exploit maximum performance now; it was just about seeing how all the new parts are working and if they are a good combination. Then we have many more test sessions coming where we can focus on performance rather than reliability.”

Has a successful test raised your hopes for the year ahead?
“I was quite confident already in November and December with the updates that were coming. The potential of the car is there; we just have to exploit it and I’m sure we will do that.”

Your new team-mate Ryo Michigami was testing. Was it good working with him and how much did you help him?
“We had two cars at the test. My main focus was on driving the updated car, but whenever I had some time I was keen to help Ryo. I like him a lot, he’s very focused. I’ve known him since Motegi last year. I really like his attitude – calm, quiet and focused 100 per cent on what he is doing. He did a lot of running and that was useful for him because he has the least experience. He improved quite a lot from the first lap to the end of the third day. He will be a strong contender.”

How much will you miss your former team-mate Rob Huff?
“Having a world champion in a team is a big asset. I loved having Rob in the team, but seeing Ryo’s improvement in performance I am sure he will be there as well. Of course, it’s bad to lose an asset like Rob, but with Ryo we have another very strong asset inside the team.”

Do you see Rob, now at ALL-INKL.COM Münnich Motorsport, as being a title threat?
“Of course. I know especially after last year that he’s a world-class driver and with the Citroën it will be a very strong combination. He’s a really strong contender, but not only Rob. I hear Volvo is testing a lot and rumours about a very strong line-up, so it will be an exciting season. I enjoy competition. I know we’ll be much stronger than in 2016 because we will have a better car, but I also expect some real competition from the others and this is why I am looking so much forward to this season.”

It’s your second year as a factory driver. How much easier will that make things for you?
“Now it’s a bit easier than at the beginning. I knew some people from testing previously with Honda in 2015, but on a race weekend you have to work with a new engineer and new mechanics, and there are not the familiar faces. To work together with them in testing is different to a race weekend where you have the pressure, where you have to perform. It’s a different environment and I have to say I really enjoyed working with JAS and Honda. They were always kind enough to understand it was a new situation for me and I got the support I needed. With the information from last year and knowing the team like I do now, we can form a stronger package for next season. I expect from the first moment to put in 100 per cent. Last year, especially at the beginning of the season, I was a bit affected by the new environment because it was a huge responsibility for me to work with Honda as a factory driver. Nice and difficult times have to be experienced to form a strong package. I really enjoy working with the people, not only because they are kind but because we understand each other 100 per cent.”

Do you have anything more to prove to Honda, or is your driving at its best?
“There’s always some pressure when you are racing for a factory team. But the biggest pressure is what I put on myself. I have high expectations, it’s not just the expectations from Honda. There is some pressure, but most of the pressure is coming from myself.”

Are you confident of winning the world title this year?
“I am always afraid of being too confident before the start of the season. Now it’s really important to keep the head down, to work in the same rhythm, with the same kind of approach we did last year. If we do that we will be a very strong contender for the title. There is still a long way to go with the development parts we have before the first race in Marrakech. I have to give 100 per cent to be ready for then, to be able to fight for the world championship. With the current information I have, if everything goes like we planned we could have the chance to fight for the title.”

If you don’t win the world title, who would you put your money on?
“For me, it’s [team-mate] Tiago [Monteiro]. He showed last season that he’s a fantastic driver. He’s improved a lot in terms of driving from 2015-16. Then most probably it will be Rob and all the Volvo drivers. It’s difficult to tell you only one name because I strongly believe there can be six to eight drivers fighting for the championship to the end.”

Macau and Monza are back on the calendar this year. What do you think of those venues?
“Yeah, I love them. In Monza, I won my first international race in 2008. And in Macau I won my first WTCC race in 2010. So I have really special and nice memories. Both of the tracks are among my favourites.”

And you’re going back to the Nürburgring Nordschleife – are you a fan or not?
“I absolutely love it. You cannot compare the Nürburgring to anything else. Previously I thought Macau was the most difficult circuit in the world, but when we visited the Nürburgring in 2015 I soon realised it’s on another level. During the race weekend, if it’s free practice or a qualifying session, you always have these cautious feelings because on this circuit you do one mistake and you can have a huge accident – because of the high speed, because of there not being any run-off area. The Nürburgring is really special because it’s really, really difficult. Because of this the whole approach on a race weekend is different to all the other places we have.”

‘Joker laps’ are new for this year. What’s your view on them?
“I think it’s a really good idea. It’s hard to drive on a street track, but I totally understand for Vila Real [the fans] don’t see that it’s not much fun for us. They would like to see some overtaking and some kind of action. ‘Joker laps’ can be a nice strategy for us and because of this possibility we should be able to do some overtaking, which is always nice, and it should also be nice for the audience.”

And how good does it feel knowing all the Hungarian fans are behind you?
“It’s amazing. It’s always huge pressure in the week before the races. But as soon as I jump out of the car in the second race I cannot wait to be back in the car racing in front of my fans. It’s the most special feeling I have racing at home. I have so many nice memories since my first podium there, since my first race in 2012. I remember the great feeling, just moments and memories for the lifetime. I hugely appreciate all the support I have from my Hungarian fans because it’s really special to have these people standing behind me. No matter what happens they are 100 per cent there and supporting me. It gives me an extra boost many times and extra energy, especially when things are not really going my way.”