Home 2019 Yamahas take the fight to Marquez on Day 1 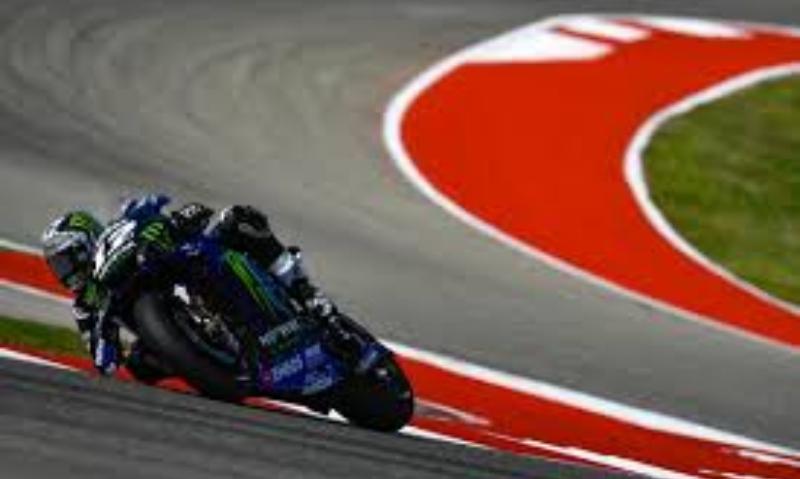 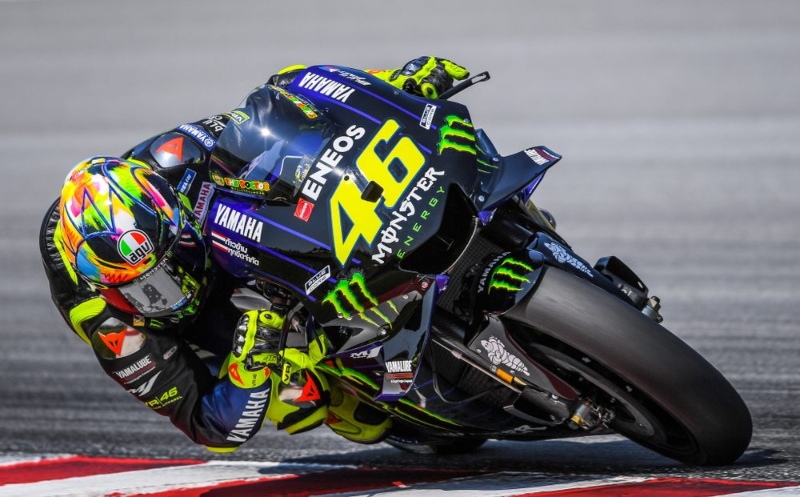 Viñales leads the Repsol Honda rider with Rossi P3, but it wasn’t the afternoon Dovizioso was looking for in Austin as times tumble in FP2

Track temperatures had increased by around 20 degrees compared to FP1 as track conditions looked good for the premier class riders to improve their times from Friday morning. And with 11 minutes to go, the stage was set for a mini qualifying session to take place in Austin. Wet weather is forecast for most of Saturday, meaning the times in FP2 look likely to be your Q1 and automatic Q2 classifications.

Valentino Rossi (Monster Energy Yamaha MotoGP) was the first big improver, ‘The Doctor’ jumping up to P2 from P9 on the soft-soft tyre combination to place himself 0.105 off leader Marquez, with Rossi then pulling into pitlane to put a fresh rear tyre into his M1 machine.

It was red sectors galore as FP2 entered the final seven minutes with Jack Miller (Pramac Racing) shadowing Marquez – who was sporting a Ducati style ‘swingarm attachment ‘ in FP2 – as the pair went into qualifying mode, and it was the Ducati man who took top spot as the pair crossed the line exchanging fastest laps. But it wouldn’t last long as Viñales took the P1 baton, going quicker by over a tenth and just when it looked like Marquez would go back to the summit, a mistake at Turn 18 cost him time.

Rossi then went up to second with 15 seconds to go, with Alex Rins (Team Ecstar Suzuki) and Andrea Dovizioso (Mission Winnow Ducati) on the fringes of being out of the top 10. Rookies Fabio Quartararo (Petronas Yamaha SRT) and Francesco Bagnaia (Pramac Racing) had managed to get themselves into the top 10 and as the chequered flag dropped, Rins needed to pull something out the bag on his last flying lap. And that’s exactly what he did, the Spaniard clambering his way to P6 to push Dovizioso out of the top 10 – a disaster for Dovi, with teammate Danilo Petrucci also missing out on a provisional automatic Q2 place.

So in the end, Viñales took spoils on Marquez turf to lead the reigning Champion by 0.044, with Rossi and Miller both a tenth away. Cal Crutchlow (LCR Honda Castrol) is fifth at the end of Friday’s running, the British rider 0.261 off Viñales, with Rins P6. Red Bull KTM Factory Racing’s Pol Espargaro went very well on the soft-soft tyre combination to finish 0.507 from P1, cementing his top ten pace shown by finishing P6 in FP1.

Franco Morbidelli (Petronas Yamaha SRT) got himself into the top ten in the latter stages to finish eighth after an 11th place in FP1, just ahead of teammate Quartararo. Bagnaia occupies the final provisional automatic Q2 spot in P10, a good improvement from his P19 in FP1 as the two Pramac Racing Ducatis are the only Desmosedicis in the top ten.

Will the weather allow for improvements to be made to times in FP3 on Saturday morning? It doesn’t look like it, but we’ll wait and see if the likes of Dovizioso can claim an automatic Q2 spot if it’s dry.