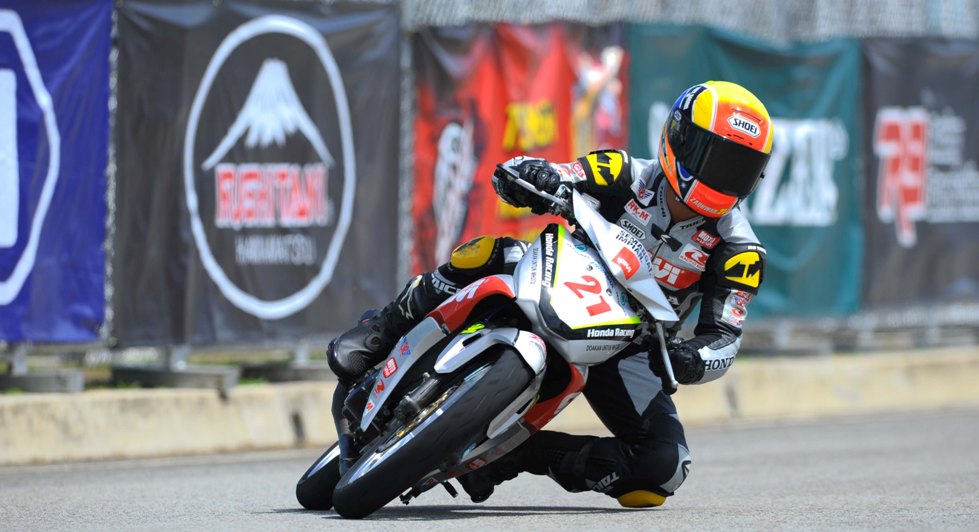 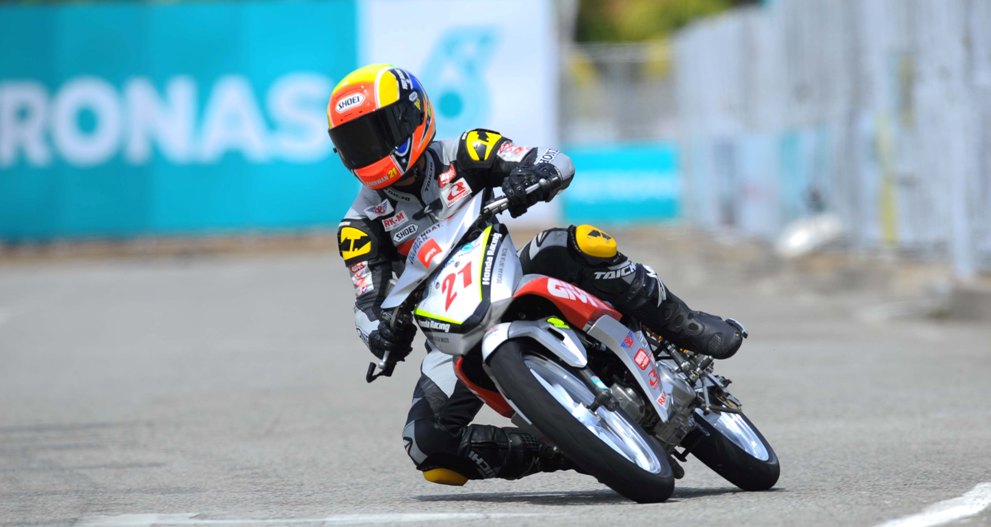 Zaqhwan who was forced to retire from the previous leg due to a wrecked engine proved untouchable as he became the sole rider to dip under the 40-second barrier, setting the Stadium Sultan Mizan Gong Badak track ablaze with 40.432s.

“I’m glad to see we still have a strong pace even after the mishaps in Muar. The engineers did a solid job bringing up the bike back to par,” said Zaqhwan who sits in fourth overall in the CP130 standings with 25 points.

“Based on our run today, I feel confident for the SuperPole and race tomorrow because the bike feels really fast and durable. I have yet to win here (Terengganu) so hopefully we can change that,” he added.

Mohd Zamri Baba who was feeling a bit under the weather came in fourth fastest with 41.365s while Harian Metro Y-TEQ SCK Honda Racing teammate, Norizman Ismail rounded up the top five with 41.465s.

The Terengganu born rider looking to impress his home crowd was certainly on the right path as he logged an impressive 41.551s to lead the intermediate timesheets ahead of Elly Idzlianizar Ilias of M Seki Liberty Honda and Mohd Izzat Zaidi Salehan who timed 41.626s and 41.687s respectively.

“Racing in front of family and friends gives me the motivation to win here in Terengganu. I hope we can keep the momentum rolling for the Shoot-out and race tomorrow. It would make a great follow-up to my podium finish in Batu Kawan and my recent victory in Muar,” said Tengku Amirul.