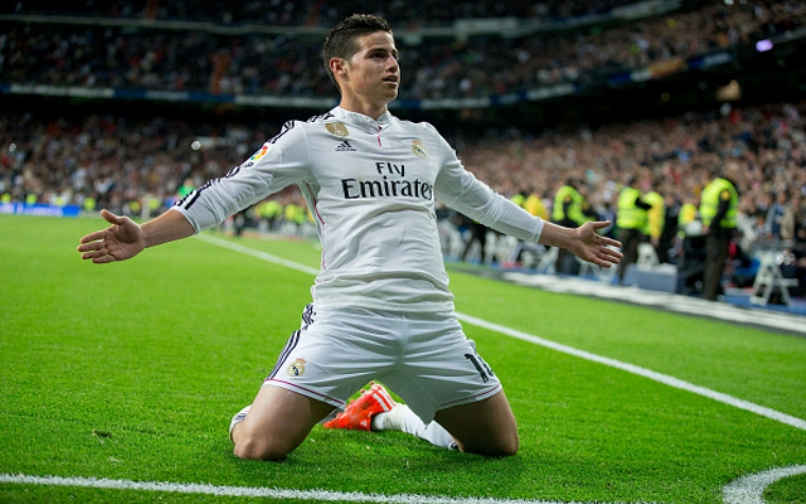 Rodriguez has fallen down the pecking order at the Bernabeu since Zidane took charge in January with Madrid’s latest sensation Marco Asensio joining the likes of Isco, Toni Kroos and Luka Modric ahead of him for a place in Real’s congested midfield.

However, Zidane insisted Rodriguez will remain in the Spanish capital beyond the transfer deadline on Wednesday with even the Premier League’s cash-rich clubs unlikely to match the reported 80 million euros ($90 million, £68 million) Real paid for him after the World Cup two years ago.

Rodriguez only came on for the final 21 minutes as Kroos’s fine long-range effort 10 minutes from time salvaged all three points for the hosts despite the absence of Cristiano Ronaldo and Karim Benzema from Zidane’s starting line-up through injury.

“I thought James played well. It is not easy to come and have to make the difference,” said Zidane.

“He is going to stay here.”

Without Ronaldo and Benzema, Gareth Bale failed to build on his fine start to the campaign with two goals in a 3-0 win at Real Sociedad to start the season.

However, Zidane highlighted the need to win even without shining, particularly with a two-week international break to come.

“It is true that we didn’t shine. In some game we can’t play as we want,” said Zidane.

“We can improve, but I feel calm with how we have started the season. Two league games won and another official game (UEFA Super Cup) won.

“Now there are the international games and many players will leave, but that is something we can’t change.”

And Zidane hailed his players belief to keep going until the end despite being far from their best.

“I am left with the fact the players believed until the end and we achieved what we wanted.”

Spanish international Lucas Vazquez started alongside Rodriguez on the bench and was introduced before his teammate in search of a winner.

And Vazquez was less comprehensive than his coach when questioned whether Rodriguez had played his last game in the white shirt.

“I don’t think it was his last game, but we have to wait and see what happens.” – Agence France-Presse