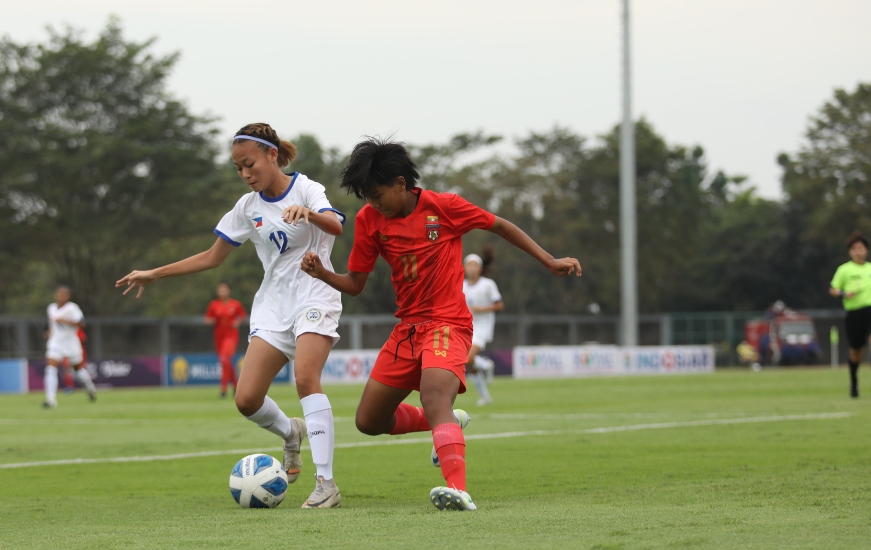 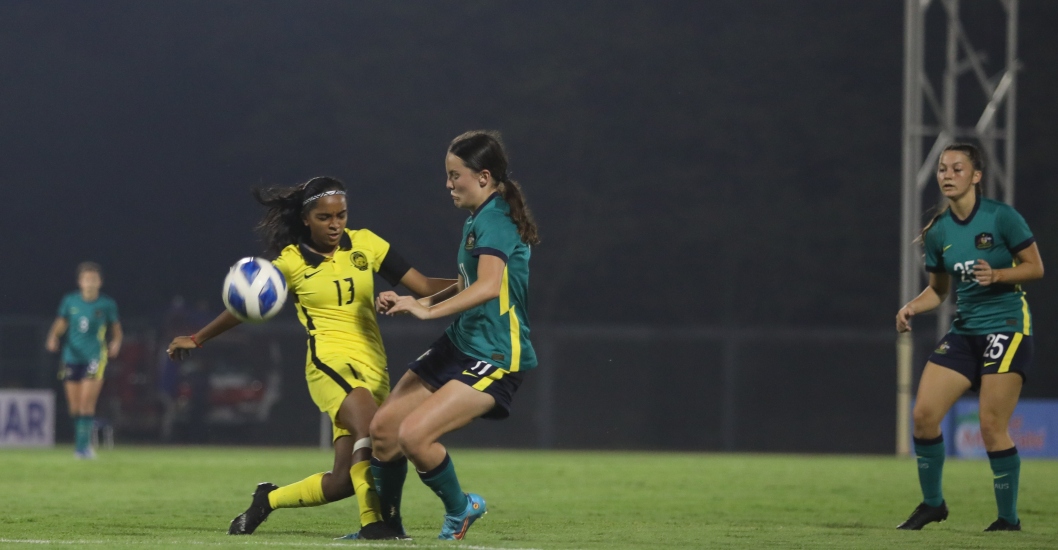 Myanmar and Australia confirmed their slots in the semifinals of the AFF Under-18 Women’s Championship 2022 after picking up the maximum full points from two matches played in Group B.

In the two games that were played at the Jakabaring Athletic Field today, Myanmar beat the Philippines 3-1 while Australia thumped Malaysia 8-0.

With their decisive clash coming up in two days to decide the group, Myanmar and Australia have amassed six points each while the Philippines and Malaysia bringing up the rear with zero points from the same number of games.

It was the Philippines who were the early aggressors in the game with Myanmar just content to just sit back and absorb much of the attacking play from Isabella Alamo and Jonalyn Lucban.

But in a four-minute blitz, it was Myanmar who went ahead twice to make sure that they are comfortable at 2-0 at the half.

The Philippines went into higher gear into the second half with Alamo hitting the post just after the hour mark.

And even when the Philippines lost defender Rae Tolentino to a red card for impeding in the 84th minute, they still pushed forward and just three minutes later, gave themselves a lifeline with a Lucban rifling effort.

However, Myanmar were not about to be denied as Pwint Aye finished from close to put the game beyond the reach of the Philippines.

In the meantime, Australia did not face much of an obstacle to demolish Malaysia 8-0.

It took the Australians just 18 minutes to punish some lackadaisical Malaysian defending for Jonti Fisher to grab the lead as they then finished the first-half 4-0 in front, with a brace from Ella O’Grady (37th and 44th minute) and then another from Isabella Accardo (45th).

While the Malaysians tried to push forward in numbers into the second half, they just could not find their way through the Australian backline.

28 July 2022 – All matches at the Jakabaring Athletic Field