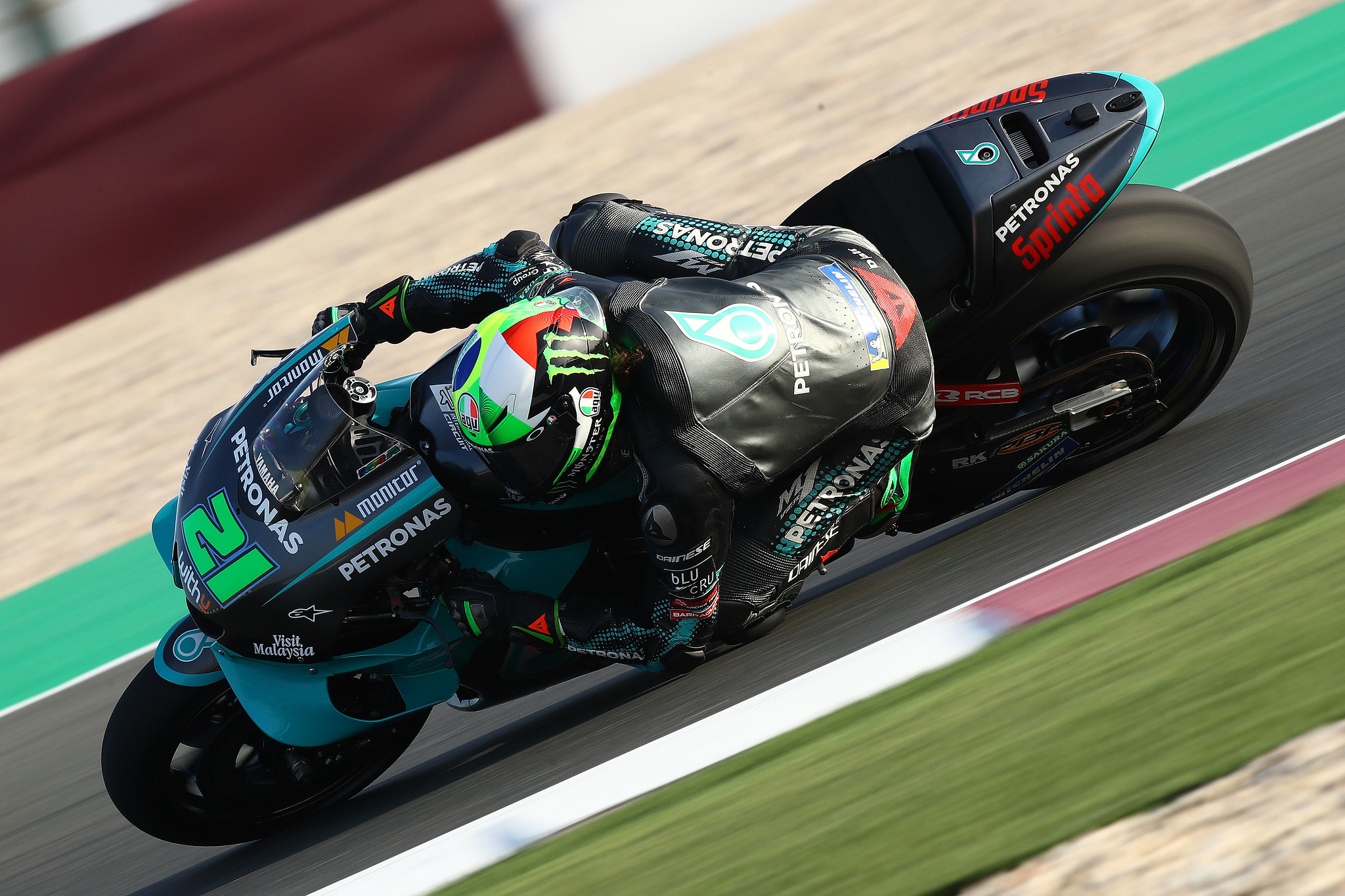 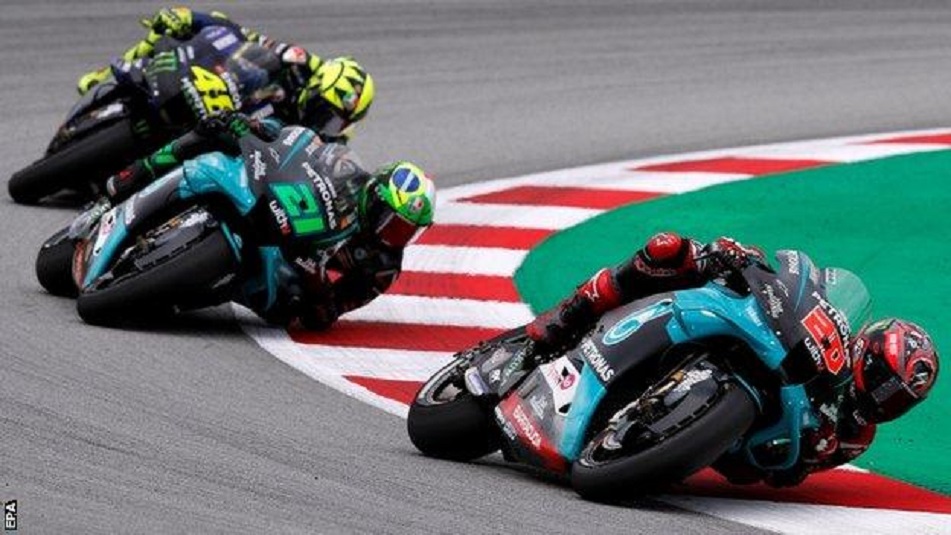 An eighth winner in as many races means that the 2020 MotoGP™ Championship is on the cusp of history, but who will be the one to make it?

It certainly has been a season of thrills and spills in the MotoGP™ Championship, one which we have not seen the likes of for a very long time. Already this season we have seen eight different winners in the ten premier class races to date, with Alex Rins (Team Suzuki Ecstar) the latest to add his name to the list.

Already a series of records have been broken, with 2020 seeing the most names among the podium places ever during the MotoGP™ era with 15 different riders! The last time we saw anything close to that we have to go back to 2004, which saw 13 on the rostrum over 16 races.

While 15 podium finishers in 10 races is impressive, it certainly isn’t record-breaking as that honour belongs to the 1976 season, where they had 18 in 10. The following year also saw 15 in 11 races, and incidentally, is the last time we have seen as many podium finishers in a similar timeframe.

This year only Fabio Quartararo (Petronas Yamaha SRT) has managed to get on to the top step more than once, claiming a maiden premier class victory in the Spanish GP before repeating the trick a week later at the Andalusian GP, both at the season-opening double at the Circuit de Angel Nieto in Jerez.

In the seven other races we have had across Europe, it has been a combination of debut winners and seasoned pros earning their place on the top step of the podium, with Brad Binder (Red Bull KTM Factory Racing) coming up trumps in Brno to become the first rookie to win a race since Marc Marquez (Repsol Honda Team) in 2014. The South African joins an illustrious list of World Champions, with Marquez, Dani Pedrosa and Jorge Lorenzo the only other riders to have won in their inaugural year of MotoGP™ racing. Following that, Andrea Dovizioso (Ducati Team) reminded fans what he is capable of with a masterclass in Austria, before a week later we had another debut victor with Miguel Oliveira (Red Bull KTM Tech 3) stealing it on the final corner in the Styrian GP, to become Portugal’s first-ever MotoGP™ race winner.

Franco Morbidelli (Petronas Yamaha SRT) was the next first-time winner after a dominant performance in the San Marino GP, with Maverick Viñales (Monster Energy Yamaha MotoGP), opening his account at the same track a week later. In Barcelona, it was the turn of Quartararo once more as he took his season’s tally to three before Danilo Petrucci (Ducati Team) shocked everybody in the rain as he led the pack from start to finish in the French GP. And then, in Aragon, Suzuki finally got their first win of the season thanks to Alex Rins.

Rins’ victory means it has been 8 winners in the opening 10 races for the first time ever in premier class history. It is the joint second-highest number of winners seen during a single season, with the record being 9, set in 2016. Dovizioso featured on the winner’s list that year along with a number of current riders on the grid, such as Valentino Rossi (Monster Energy Yamaha MotoGP), Jack Miller (Pramac Racing) and Cal Crutchlow (LCR Honda Castrol), none of whom have yet taken the top step in 2020.

MotoGP™ riders remember their best race on the Alcañiz track, which has been on the calendar since 2010.

With only four races remaining until the close of the season, will the premier class go on to break even more records? And where would that winner come from?

Well, very little comes as a surprise anymore in the most unpredictable Championship in years, but one would have to look at Joan Mir (Team Suzuki Ecstar) as the next potential victor. The Majorcan rider leads the standings thanks to incredible consistency and a number of podium finishes, however, none of those have seen him cross the line first.

The premier class has never had a World Champion who hasn’t won a race and it has only been achieved twice before in other classes, but given his form and consistency, Mir certainly looks capable of being winner number nine.

From the rest of the pack, Jack Miller has come closest to earning his place on the top step, having looked destined for victory in the Styrian GP after fending off the challenge of Pol Espargaro (Red Bull KTM Racing), only to lose out to Oliveira’s late heroics, while also claiming a podium place the week prior.

The Aussie has had a run of rotten luck which ruled him out of contention in recent weeks, but if he can rediscover the promising form that had him in title contention, then he could very well be likely to earn a career second MotoGP™ win.

We’re often used to speaking about the podium and a Marquez, and we still do despite the injury to current World Champion Marc. This is thanks to his younger brother and Repsol Honda teammate Alex, who has shown a remarkable improvement in recent weeks and claimed consecutive poles as he now rivals Binder for the Rookie of the Year award. There is no shortage of names who could challenge for victory, with the likes of Valentino Rossi, Pecco Bagnaia (Pramac Racing) and Pol Espargaro all having excellent seasons and coming close to victories.

Yet, for all the variety and potential we have had in this incredible season, it still won’t go down in the history books as the most heterogeneous as the record stands at 9 and for now, remains untouched.

However, with four rounds still to go, as we all too well know, nothing is off the table as the 2020 MotoGP™ World Championship continues to astonish.- www.motogp.com