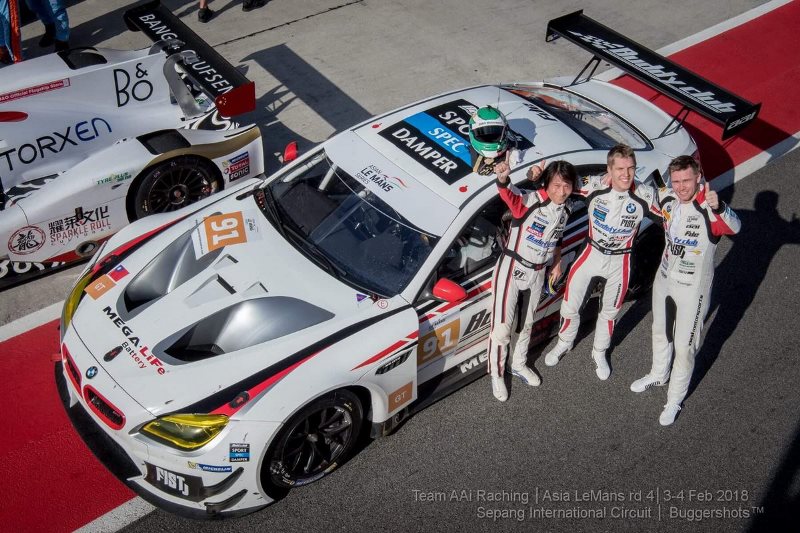 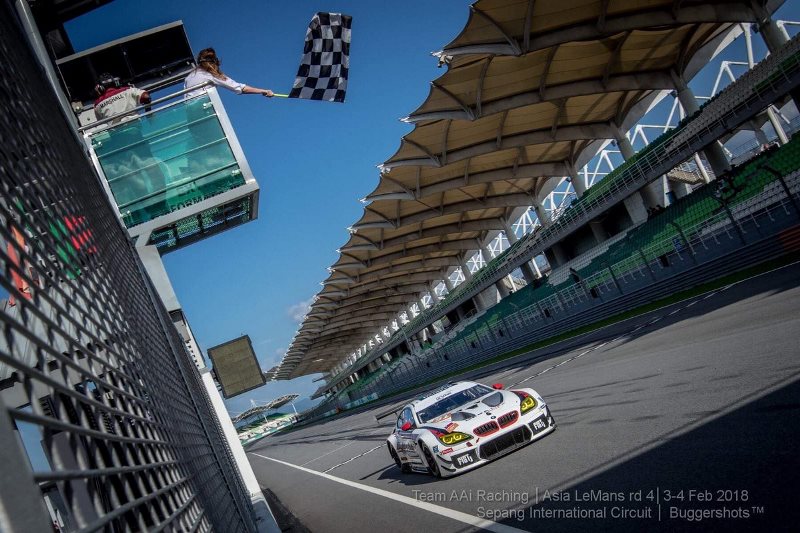 Whether in the DTM, the FIA World Endurance Championship, the IMSA WeatherTech SportsCar Championship, or countless other championships: Week after week BMW teams and drivers around the world do battle for points, victories and titles.

Champions with the BMW M6 GT3: at the season finale of the Asian Le Mans Series at Sepang (MYS), FIST-Team AAI secured the title win in the GT class. Once more, the team dominated the action in Sepang, claimed pole position and took the win in the four-hour race. AAI has won three of the four races held this season.

At the finale, the number 91 BMW M6 GT3 was driven by regular drivers Jesse Krohn (FIN) and Jun San Chen (TPE) as well as Markus Palttala (FIN). Paltalla stood in for Chaz Mostert (AUS), who was in action in the BMW Team Schnitzer BMW M6 GT3 at the Bathurst 12 Hour (AUS) at the weekend. Winning this title FIST-Team AAI earned an invitation to the 24 Hours of Le Mans (FRA).

The new BMW M4 GT4 will contest the British GT Championship in the 2018 season. The Century Motorsport team announced that they will be fielding two cars in the GT4 class. The driver line-up for one of the two BMW M4 GT4s has already been decided: Ben Tuck and Ben Green (both GBR).

The drivers of the second Century Motorsport BMW M4 GT4 will be announced at a later date. “2018 is shaping up to be a very exciting year for us,” said team principal Nathan Freke (GBR). “To bring BMW back to the British GT Championship with two BMW M4 GT4s is a fantastic opportunity for us, and one that we are relishing. We have one extremely strong driver pairing confirmed, and the second pairing looks to be just as exciting.

The BMW M4 GT4 is a well-tested and developed car and we expect to be extremely competitive with it. We have the full support of BMW Motorsport and hope that this is the start of a successful relationship.” The 2018 British GT Championship season consists of seven race weekends. The opener will be held at Oulton Park (GBR) from 31st March to 2nd April, with the finale taking place at Donington Park (GBR) on 22nd/23rd September.

As in the British GT Championship, there is good news for all BMW fans in the GT4 European Series. The Dutch MDM Motorsport team will run two BMW M4 GT4s in the renowned GT4 series in 2018. The drivers will be announced at a later date.

Formula E: Digital launch of the race car for Season 5

This week the ABB FIA Formula E Championship presented the newly developed car for next season online. The official presentation will take place on 6th March 2018 at the Geneva Motor Show. At twice the range, the battery of the new Formula E racing car provides double the excitement, has a much greater performance and is faster than the current model.

The standard mid-race change of vehicle to date will no longer be necessary as of Season 5. “The design of the car for Season 5 is revolutionary and exceptional,” said BMW Motorsport Director Jens Marquardt. “The car looks futuristic, which no doubt will make it a real eye-catcher. The exterior of the racing car for our factory entry in the race series as of next season is a highlight in itself. We are responsible for the inner values – meaning the BMW eDrive powertrain. Development is still in full swing and on schedule.”

Based on their motto “Driving the Sound of the Future”, Harman Kardon has again teamed up with BMW i to support the MS&AD Andretti Formula E Team with outstanding sound for the fourth season of the ABB FIA Formula E Championship. Harman Kardon audio products are known and appreciated around the world for their beautiful sound and sophisticated aesthetics.

They are available in all BMW and BMW i models. The collaboration with BMW i and MS&AD Andretti emphasises common values such as innovation, efficiency, sustainability and high performance, as well as Harman Kardon’s mission to create an ultimate audio experience within the car.