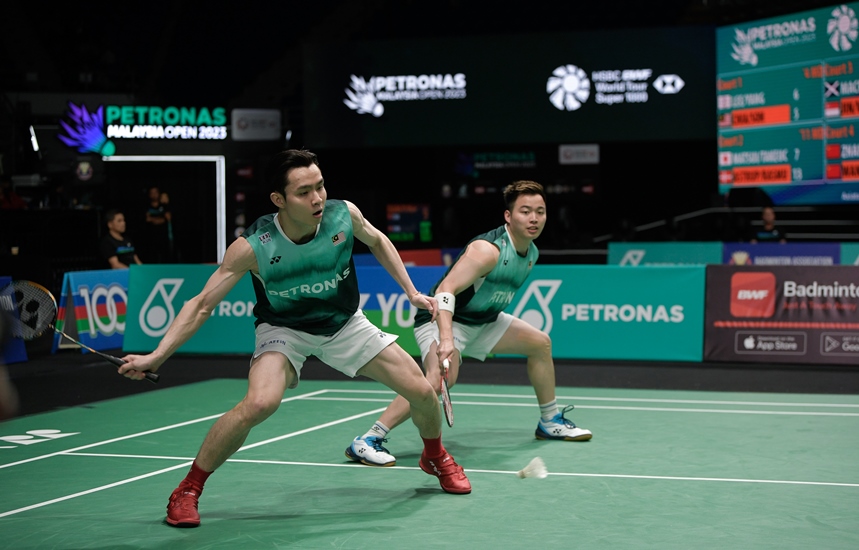 The biggest upset of the day was caused by Japanese rising star Kodai Naraoka who sent Lee Zii Jia packing in the opening rounds in a three-set thriller that lasted more than an hour.

Fourth seed Chia-Soh were earlier given a scare by Taiwanese rival Lee Jhe Huei-Yang Po Hsuan in a 54-minute encounter, dropping a set before bouncing back to prevail 16-21, 21-15, 21-17 to set up a clash against World. No.6 pair Liu Yu Chen-Qu Xuan Yi in the second-round campaign.

“We were struggling a bit in the first set but managed to come back stronger in the second and third. We had problem dealing with the wind but managed to remain composed to take the match,” said Chia, adding that the match against their second-round Chinese pair would be another tough encounter.

“We played against them twice and lost both matches. This time around, we’re more prepared to face them,” added Chia. 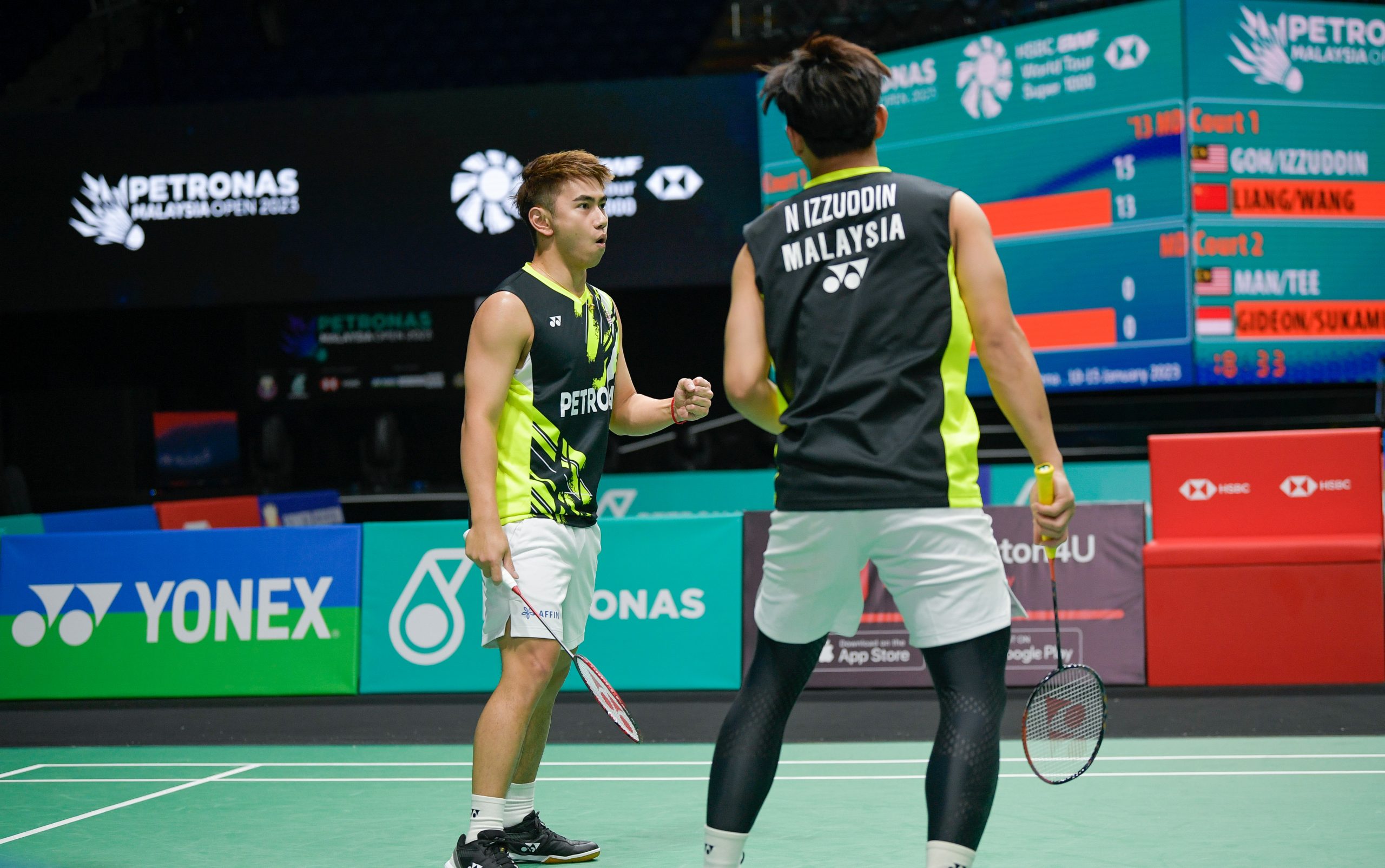 Sze Fei-Nur Izzudin, meanwhile started the year on the wrong note, shown the exit after succumbing to a three-set battle against Chinese pair Liang Wei Kiang-Wang Chang 16-21, 21-11 in a marathon 54-minute match.

The major highlight of the day was when the unseeded Kodai Naraoka inflicted one of the tournament’s biggest upset on second seed Zii Jia, sending the Malaysian packing 13-21, 21-17, 21-19 in 72 minutes.

It was a huge disappointment for the local fans as the 21-year-old Naraoka, currently ranked World No.7 and 5th in last year’s World Tour ranking, came from a game down to finally get the better of the Asian champion.

It is now up to Ng Tze Yong, who had easily breezed through after beating Ireland’s Nhat Nguyen 21-4, 21-10, to carry Malaysia’s men’s singles hopes when he squares off against Naraoka in the second round tomorrow. 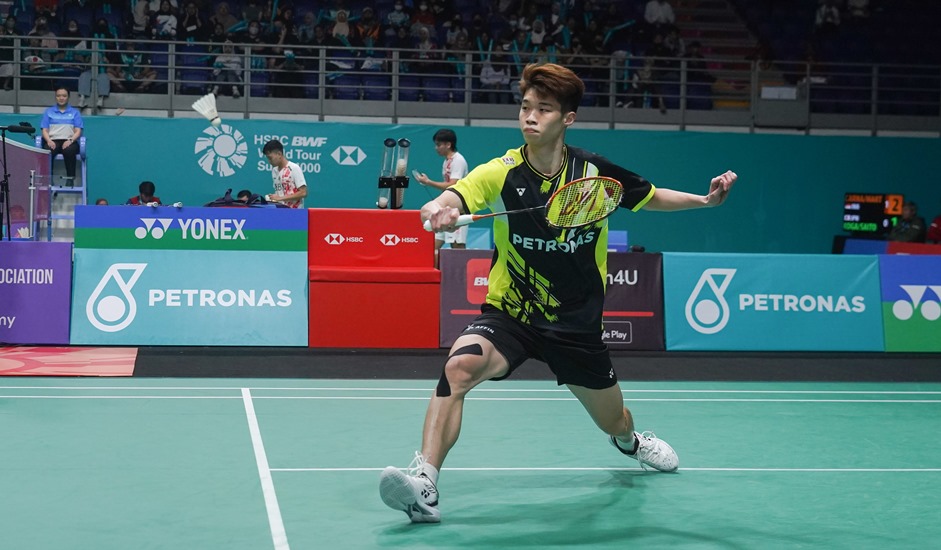 Fans had hoped for a victorious outcome for Liu Ying and Chan Peng  Soon, but it was not meant to be after the pair found themselves stretched and eventually lost 21-18, 15-21, 7-21 at the hands of their younger rivals Rehan Kusharjanto-Lisa Kusumawati of Indonesia.

Malaysia’s other pair, Man Wei Chong-Kai Wun Tee came close to registering a sweet win in front of the home crowd but the experienced Marcus Gideon-Kevin Sanjaya proved too hard to crack and conceded defeat 21-18, 23-21 in 33 minutes.

In the women’s doubles Go Pei Kee-Teoh Mei Xing made it into the next round after defeating Vivian Ho-Lim Chiew Sen in straight sets of 21-13, 21-13. The pair meet China’s 7th seed Zhang Shu Xian-Zheng Yu as contender in tomorrow’s round of 16. 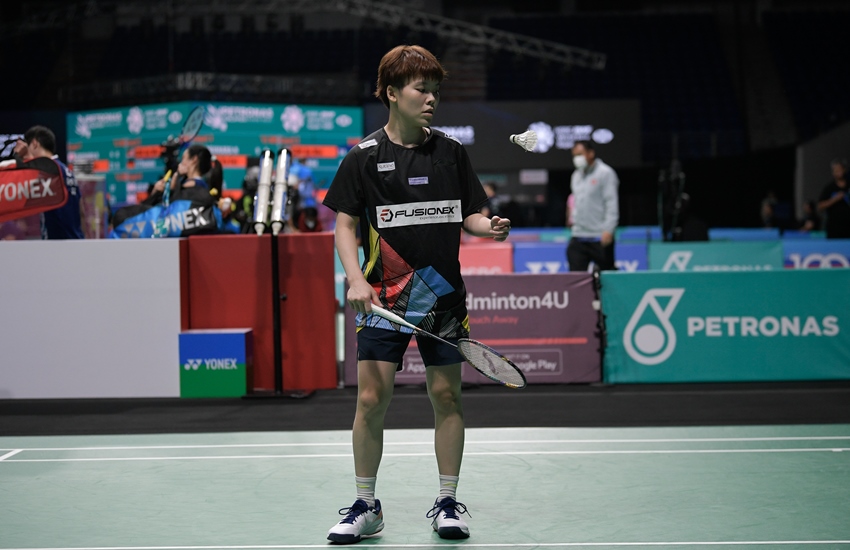 Malaysia’s professional women’s shuttler Goh Jin Wei was also through after a 21-11, 21-18 win over Yvonne Li of Germany but faces a tough route to the last eight with an in-form second seed An Se Young tomorrow in her path.