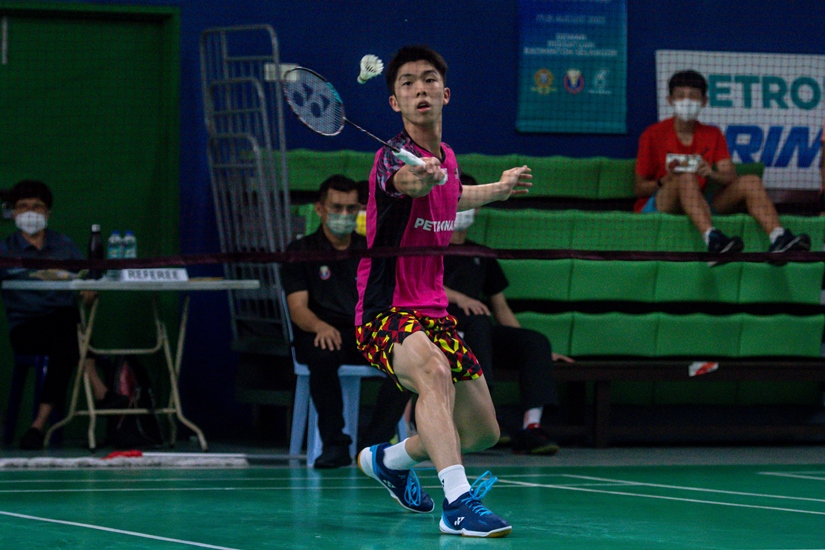 TOP seed Eugene Ewe Eon led a field of BAM players into the third round of the Petronas National Under-18 championships 2022 today.
But the highlight of the boys’ singles event at the BA of Selangor Hall was the match between Aaron Tai Wen Win and Azuan Amirol Imran from.SMK Taman Jasmin in Kajang..
Azuan stunned Aaron with a 21-13 win in the first set but the 16-year-old Aaron was in his element as he showed nerves of steel to win the next two sets 21-19 and 24-22.
It was a close encounter between the two but Aaron kept his cool to win when it mattered most.
I am. very happy and proud of the way I fought back to win. I did make some unforced errors and I will check. my game in the next match,” said Aaron. Eugene led the way with easy wins for BAM..However, for Amzar Hakimi Akbar it was another sad day in the courts.
Amzar, 15, found himself on the losing end once again after going down in the semifinals stage of the Allianz Junior Championships in Kemaman last week.
The Perak lad lost 21-15, 21-12 to Daniel Tan Yin Enn of Johor in the first round
In other matches Ting Wen Xuan, seeded 5-8, won 21-15 and 21-13 against unseeded Andrew Aguwell of Sabah.