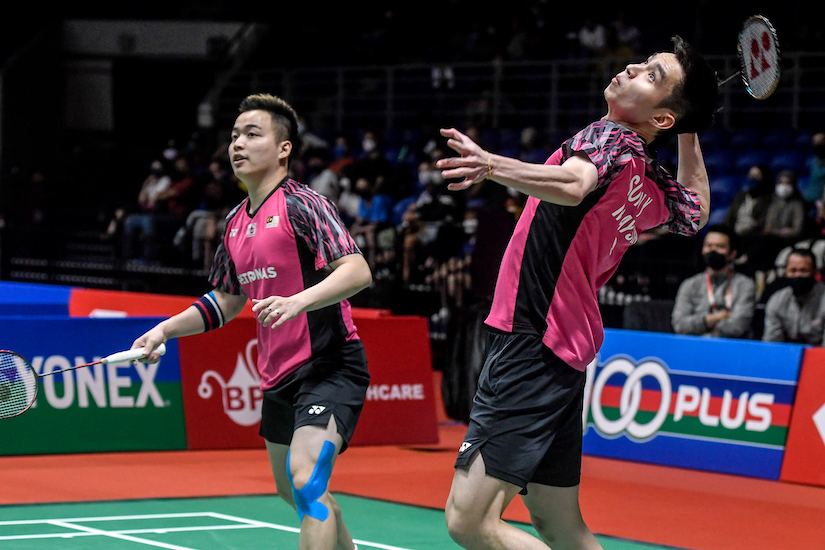 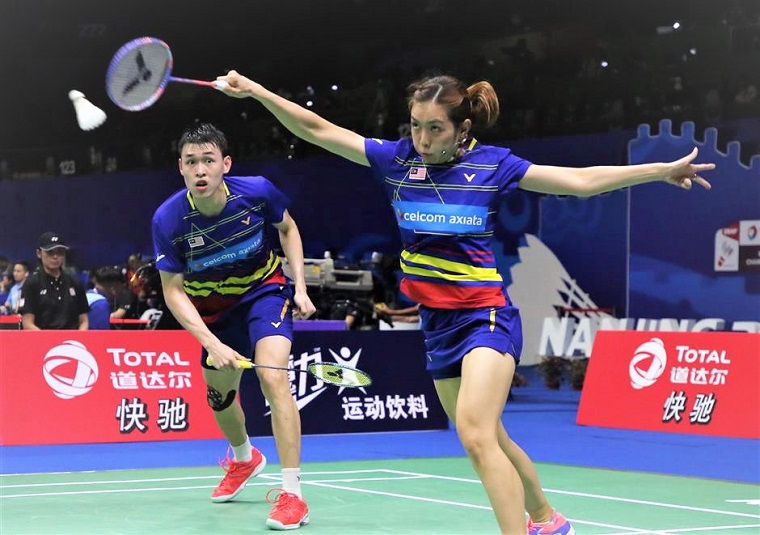 The victory was tough and certainly, there were no over-zealous celebrations soon after as Aaron Chia-Soh Wooi Yik made the cut alongside two other doubles into the quarterfinals of the BWF World Championships 2022 today at the Tokyo Metropolitan Gymnasium in Tokyo, Japan.

Their 21-17, 21-19 win in the third round was not easily earned but the 100PLUS Amabassador’s victory over compatriot and 11th ranked duo of Goh Sze Fei-Nur Izzuddin must have evoked mixed emotions.

But whatever the case may be, Aaron-Wooi Yik led two other doubles into the quarterfinals of the World Championships to continue to keep the Malaysian flag flying.

Eighth seeded mixed doubles pair of Tan Kian Meng-Lai Pei Jing were all business when they beat Kyohei Yamashita-Naru Shinoya of Japan 21-12, 21-14 in a 41-minute encounter.

But their opponent in the next round will be a whole different kettle of fish when they face up to top-ranked Chinese pair of Zheng Si Wei-Huang Ya Qiong. 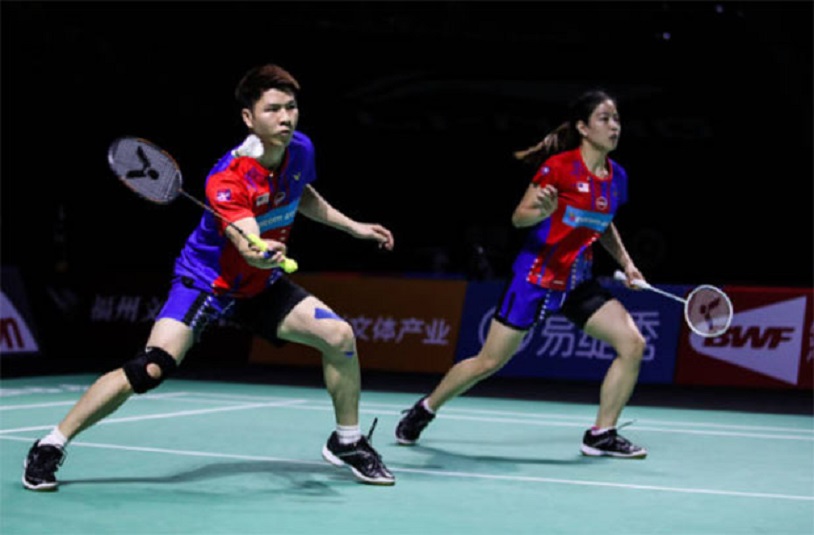 Another mixed doubles pair of Goh Soon Huat- Shevon Lai Jemie were also on the winning track when they disposed of seventh seeded Thom Gicquel-Delphine Delrue of France, 21-16, 21-4.

The 11th seeded Malaysians took 38 minutes to finish the job and they will now take on the third seeded Japanese duo of Yuta Watanabe-Arisa Higashino in the quarterfinals.

In the meantime, Malaysian top men’s singles Lee Zii Jia fell to unheralded Zhao Jun Peng from China 19-21, 21-11, 19-21 to end his campaign in the third round.