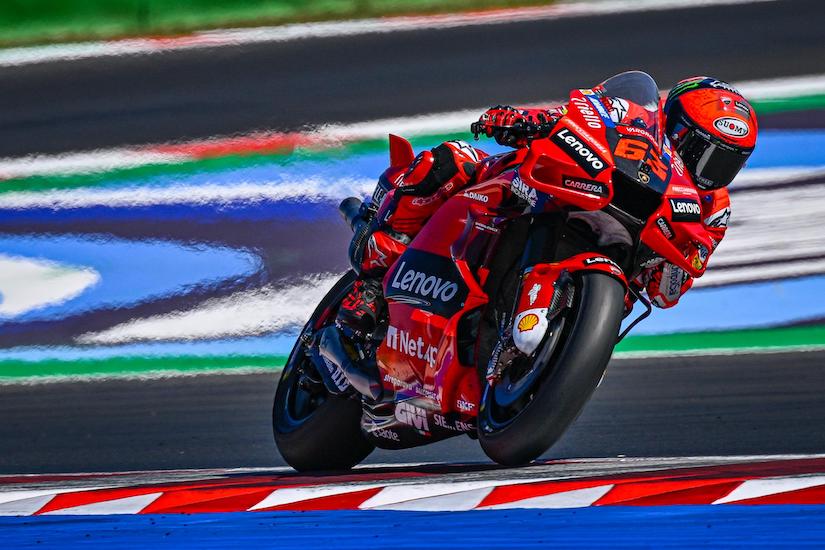 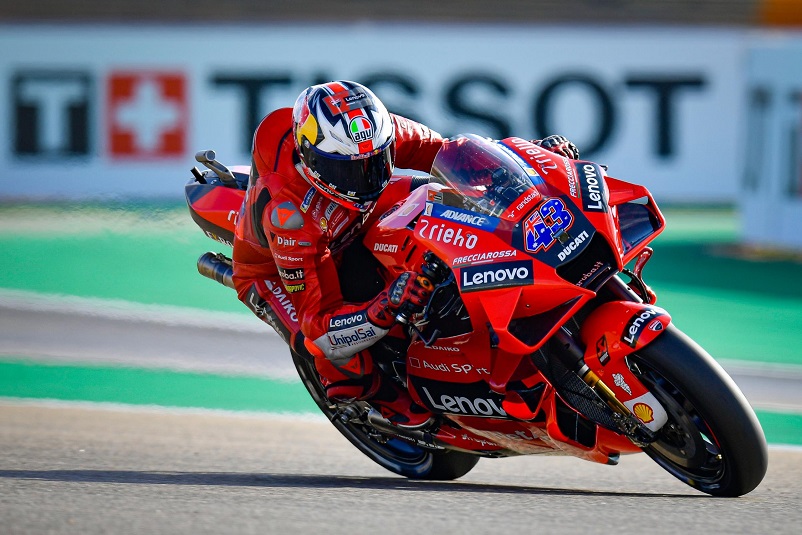 Francesco Bagnaia has given himself the best possible opportunity to take a fifth straight MotoGP™ win by qualifying on pole position in All Time Lap Record pace at the Gran Premio Animoca Brands de Aragon.

Not only did Bagnaia take pole with a 1:46.069, just quicker than Jack Miller in a Ducati Lenovo Team one-two, he is set to start a full row ahead of his key World Championship rivals at MotorLand Aragon. Aleix Espargaro (Aprilia Racing) came from Q1 to take fourth on the grid, pending a possible visit to stewards, while Fabio Quartararo (Monster Energy Yamaha MotoGP™) could only manage sixth.

Enea Bastianini (Gresini Racing MotoGP™) bolted out of the blocks with a 1:46.580 on his initial flying lap in Q2 and that would still be the benchmark when the first runs came to an end. As the Aragon circuit went quiet at the midway point of the session, Bagnaia was second on a 1:46.633 and Miller – one of two with a soft Michelin slick on the front as well as the rear (the other being Alex Rins) – third on a 1:46.784. Quartararo was only seventh on a 1:46.952 and Aleix Espargaro sat 11th with a 1:48.742, but having reused a rear tyre after taking the longer route through qualifying.

Once Espargaro got a new soft Michelin slick onto the back of his RS-GP, he was able to go second-quickest on a 1:46.590. That became third when Bagnaia set the 1:46.069 – 0.253 seconds up on his year-old lap record – before Bastianini clocked a 1:46.313 and then Miller a 1:46.159. Those laps decided the front row – a Ducati lockout – and Espargaro would be classified fourth, although he is under investigation for potentially baulking Fabio Giannantonio (Gresini Racing MotoGP™) back in Q1. 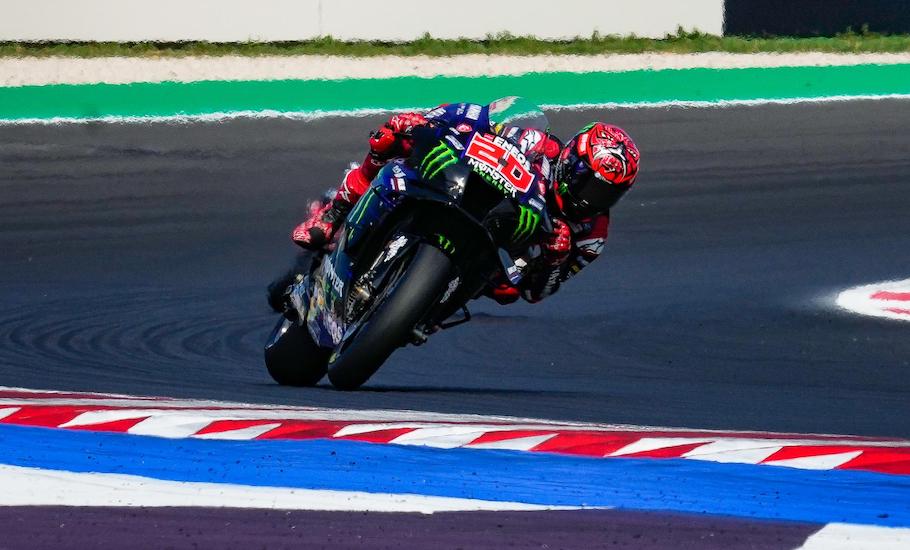 Aragon is not a kind circuit on the Yamahas, so qualifying close to – preferably in front of – the Ducatis was an imperative for Quartararo. It was clear that he was pushing hard to make up the deficit to Bagnaia and company when he was forced into a super save at Turn 2 on his penultimate lap, which ruined that flyer but gave ‘El Diablo’ a fighting chance. Quartararo was only 10th when the chequered flag came out and dug ever so deep with his final attempt, but the 1:46.802 was only able to move him up to sixth. Starting between Espargaro and Yamaha’s Frenchman on Row 2 will be another Frenchman in Johann Zarco (Prima Pramac Racing), who also advanced from Q1 before setting a 1:46.646 in Q2.

With so many big names starting Q1, someone was bound to be disappointed and it turned out that Marc Marquez (Repsol Honda Team) would be one of them. He was quickest after the first runs on a 1:46.909 before Zarco went to the top on a 1:46.843 and then Aleix Espargaro usurped both of them with a 1:46.569. The eight-time World Champion was unable to improve and will therefore start 13th, sharing Row 5 with Luca Marini (Mooney VR46 Racing Team) and Di Giannantonio.

Maverick Viñales (Aprilia Racing) had his first crash of the year, the usual front-end wash-out at Turn 2, and is set to start 16th, alongside Alex Marquez (LCR Honda Castrol) and Pol Espargaro (Repsol Honda Team). The latter also hit the deck, late in the Q1 session at Turn 5, and the yellow flag which his incident caused would have seen a faster lap from team-mate Marc Marquez, among others, scrubbed off anyway.