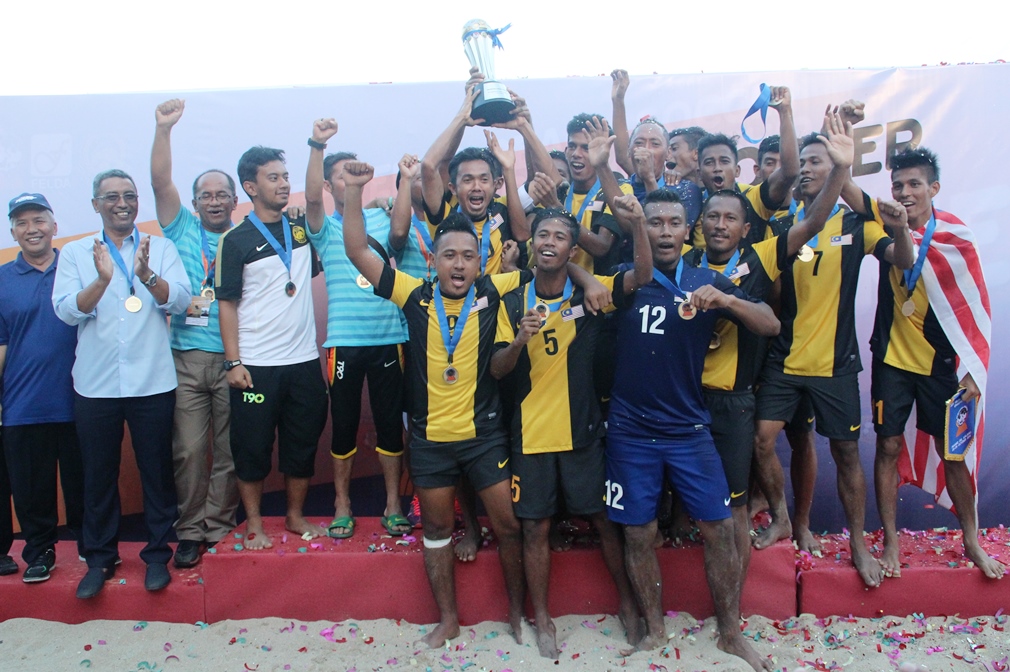 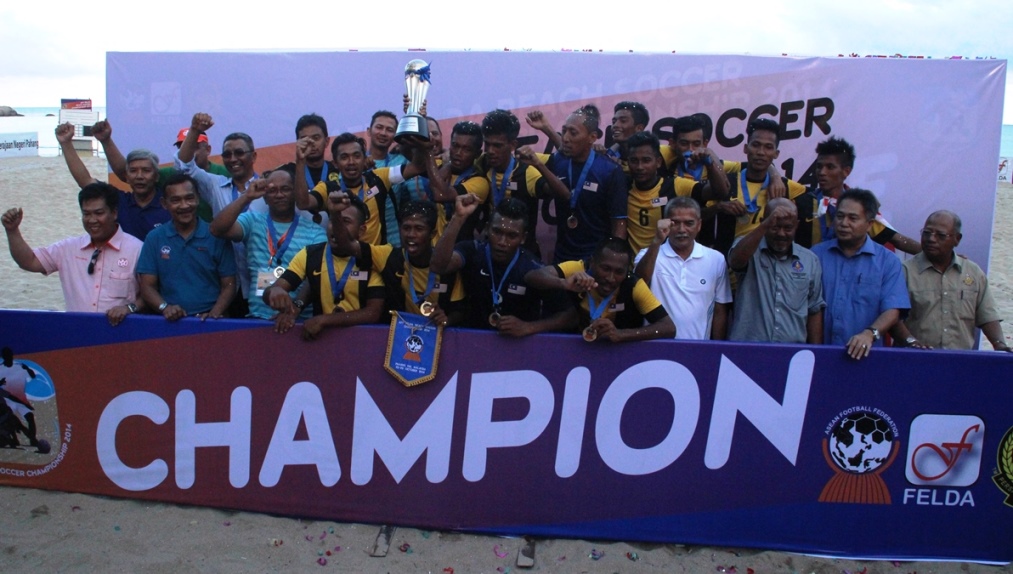 Malaysia won the inaugural crown of the AFF-Felda Beach Soccer Championship when they beat Vietnam 6-4 in the final that was played at the Teluk Chempedak beach in Kuantan.

In front of close to a thousand fans, the Malaysia lads turned on the heat to score consistently throughout the three periods for their first ever regional crown.

“There were some anxious moments for sure as we were playing against one of the best teams in this competition,” said Malaysian coach Wan Adremy Indera.

“But I thought that we defended well and we took our chances well which was very important. It was a great team effort and where now we will look forward to our next championship in Phuket in two weeks.”

Striker Mohd Zaharim Mohd Yusof prised open the Vietnam defence early in the second minute when he swung in past a rooted Tran Cong Thanh.

Cong Thanh’s goal was beaten again in the eighth minute when Mohd Zaharim toe poked the ball in. Just a minute into the second period, Mohammad Fakhrullah Mohamad slammed in the third goal for the hosts as the fans got into celebratory mood.

But some loss in communications allowed Vietnam’s lanky striker Bui Tran Tuan Anh to sneak in their first goal before Mohd Zaharim completed his hat trick on six minutes.

With the score at 5-2 to Malaysia, Vietnam were all business in the third period as they pressed hard for Tuan Anh to score twice in the first and six minute.

And while Malaysia did manage to score their sixth goal in the seventh minute before losing Mohamad Norazman to a red card a minute later, it failed to inspire Vietnam to stage a late fight back.

“We made some mistakes at the start and so we were punished. But we had a good tournament. We definitely learned a lot of things,” added Vietnam coach Dang Quoc Hung.

In the meantime, Thailand emerged third in the competition when they dumped Laos 4-1.

Komkrit Nanan then completed the rout with the fourth goal of the game with a strike in the ninth minute of the third period.