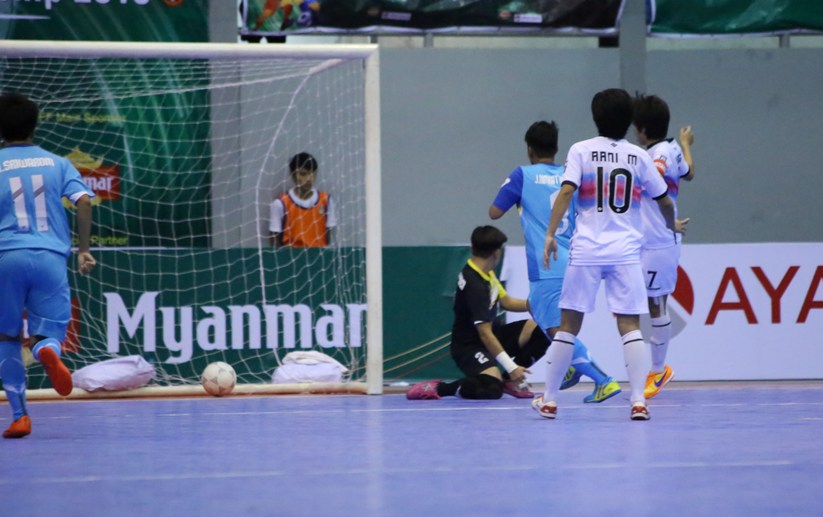 Kencana Angels (in all white) vs Khon Kaen (in all blue) 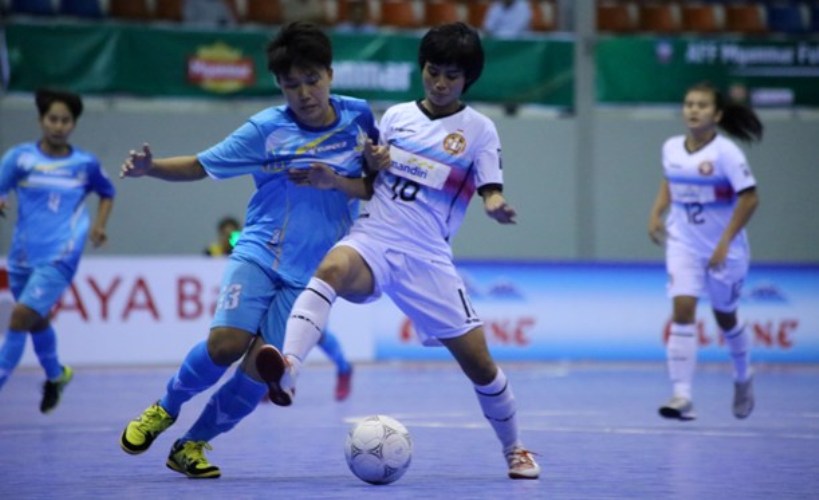 Kencana Angels (in all white) vs Khon Kaen (in all blue)

Indonesia’s Jaya Kencana Angels were on a high this evening after they surprised Khon Kaen FC by a solitary goal in the women’s category of the AFF Futsal Club Championship at the Futsal Indoor Stadium here today.
The victory today hauls them back into contention for a final slot after going down to defending champions Thai Son Nam District 8 FC of Vietnam yesterday. On the first day, Jaya Kencana Angels defeated Women’s FC.
With two wins in the bag and one more match to go against Bangkok FC on Thursday, the Indonesian team are still in with a chance.
This evening, the Angels started with a blast and launched into attack from early in the game. Khon Kaen, which won their opening match against Bangkok FC, also threw in their all in search of full points. After 12 minutes, it was the Angels who broke the duck through Anggi Puspita Sari.

Khon Kaen worked tirelessly but could not get their shots in. The Angels could have sealed the win in the last five minutes but missed several clear chances.

“It was an extraordinary match today, we worked very hard and achieved our goal to win.” said Jaya Kencana Angels player, Rani Mulyasari. “This is the first time we have beaten a Thai team who are among the best in Asean.

“On our last game, we learnt a lot from watching them (Bangkok FC) in action and I believe we can win and go on to the final,” Rani said.

The Vietnam outfit surged to a 4-0 lead at the break. They shot ahead in the third minute through Do Thi Nguyen and doubled the score in the fifth minute through Le Thi My Hanh.

By the ninth minute, Thai Son Nam were three goals up with a solid strike from Tran Thi Thuy Nga. A minute before the break, Thai Thi Thao made it 4-0 to head to the locker rooms with a comfortable lead.

Thai Son Nam only managed one more goal in the second half, so did W FC to take the final score to 5-1.