Home 2019 AFF FUTSAL: No surprises in Group A; Vietnam beat OZ for first... 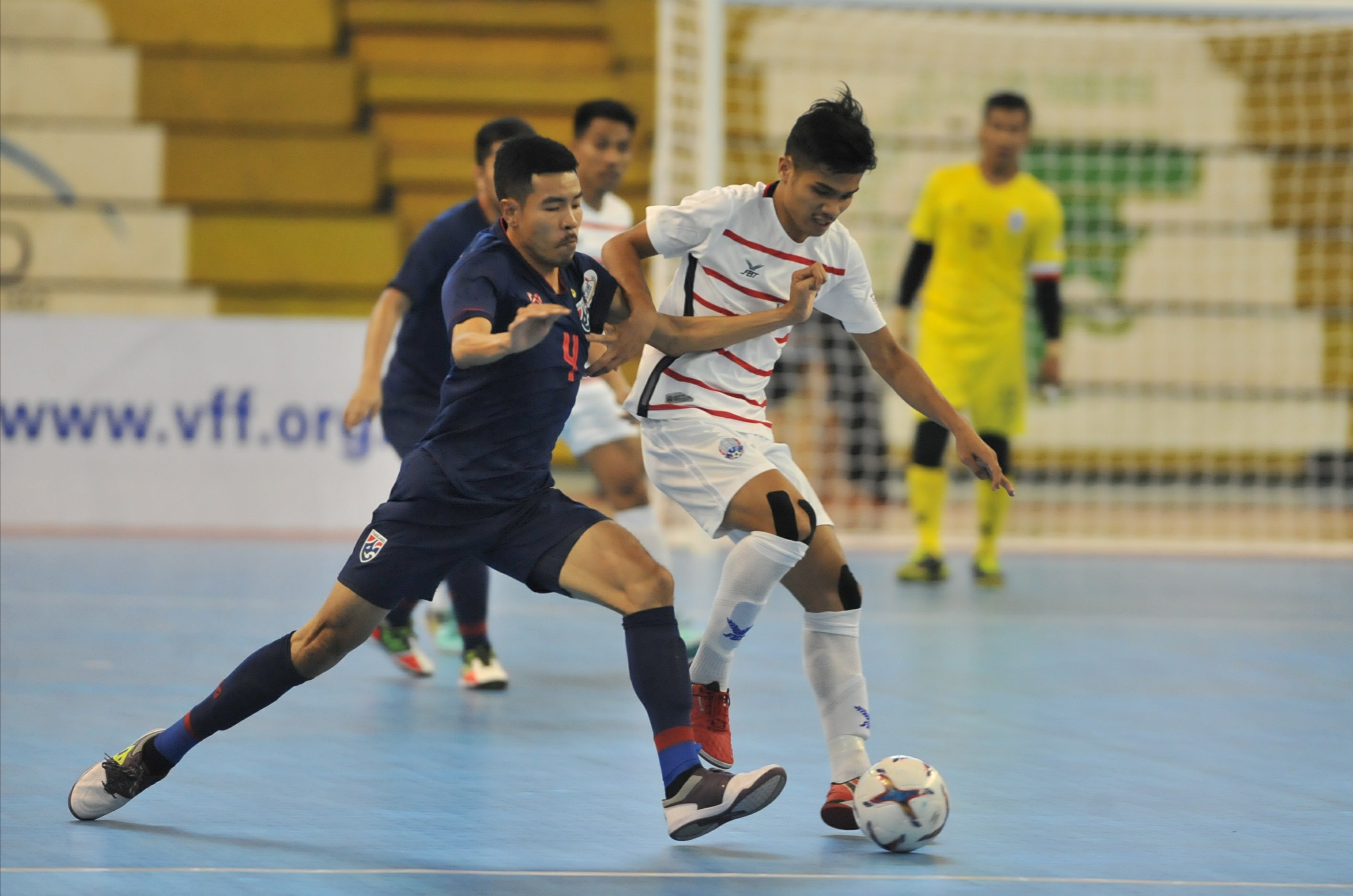 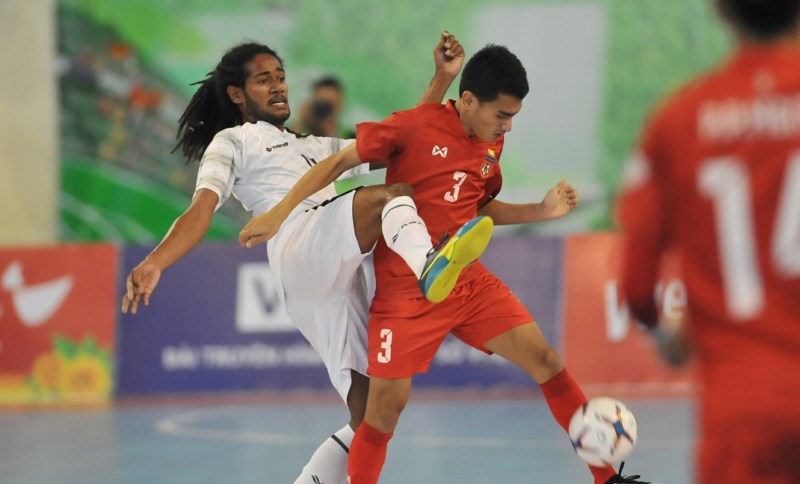 There were no surprises on the first matchday of the AFF HDBank Futsal Championship 2019 with the favourites picking up the full points in Group A while the battle in Group B was as keen as expected.

IN GROUP A, defending champions Thailand recovered from a first-half malaise to blast Cambodia by a dozen goals as Myanmar followed suit with a 6-1 hiding of Timor Leste.

Muhammad Osamanmusa was on fire where after missing a first minute penalty, he went on to fire in a hat trick off goals in the 13th, 21st and 21st minute as did Pornmongkol Srusubseang who found the back of the net in the 33rd, 38th and 40th minute.

“We did not play well in the first half but we recovered in the second to finish the game well,” said Thailand head coach Jose Mendez. “The loss of the goalkeeper (Katawut Hankampa to a red card when he stopped the ball outside the D in the 28th minute) affected the team. But we have other players for the remaining matches.”

It was almost a similar script for Myanmar where it took them some time to settle down before they were able to beat Timor Leste 6-1.

Just a minute in, Khin Zaw Lin capitalised on some hesitant Timor defending to score as the latter then held off their opponents for long periods before finding the equaliser through Remigio Duarte.

But the concession of a second goal just before the break off Hlaing Min Tun gave Myanmar just what they needed as they came in stronger into the second half to pile in four more goals.

Nyein Min Soe’s double in the 33rd and 35th minute put Myanmar well on the way as Pyae Phyo Maung (37th) and Kaung Chit Thu (40th) then rounded things off.

“Timor defended well in the first half and that was why we could only get the two goals,” said Myanmar head coach Htay Myint. “But some changes into the second half allowed us to score more goals. Now we have to look at picking up our next full points.” 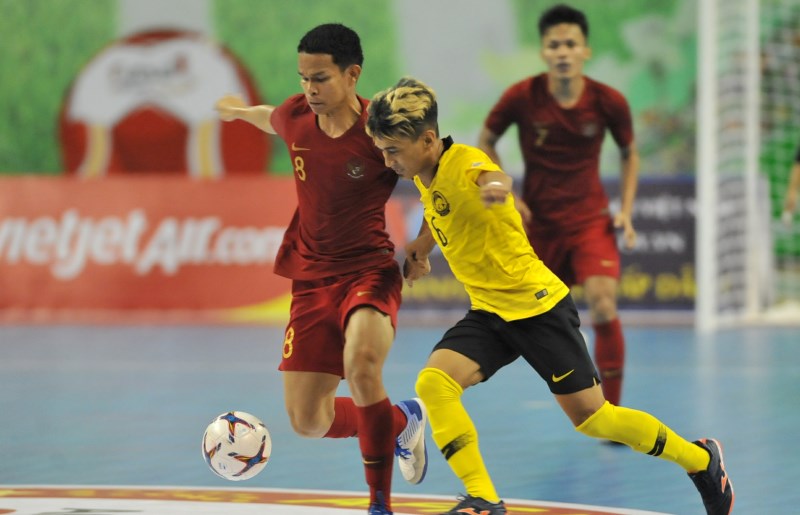 It was battle royale alright in Group B as Indonesia had to pull out all the stops before they were able to beat Malaysia 3-2 as Vietnam also hopped on the winning wagon with a first-ever win over Australia when they overcame the latter 2-0.

In the group where every single goal counts, Indonesia and Malaysia played out their duel at a blistering pace.

A momentary lapse of concentration in the Malaysian backline allowed Andri Kustiawan to slam in a 17th minute freekick as Mochamad Iqbal Rahmatullah then added the second goal moments later.

But the Malaysians refused to give up and in the 27th minute, they nailed a double of their own all in the same minute through Mohd Ridzwan Bakri and Saiful Nizam Ali.

However, it was Indonesia who would have the last say when Syahidansyah Lubis raced down the left to slot in a low shot for the win and the full points.

“The game could have gone either way as expected between these two close rivals,” added Indonesia head coach Kensuke Takahashi. “We scored two good goals and a lapse in concentration saw us conceding as well. But it is three important points today.” 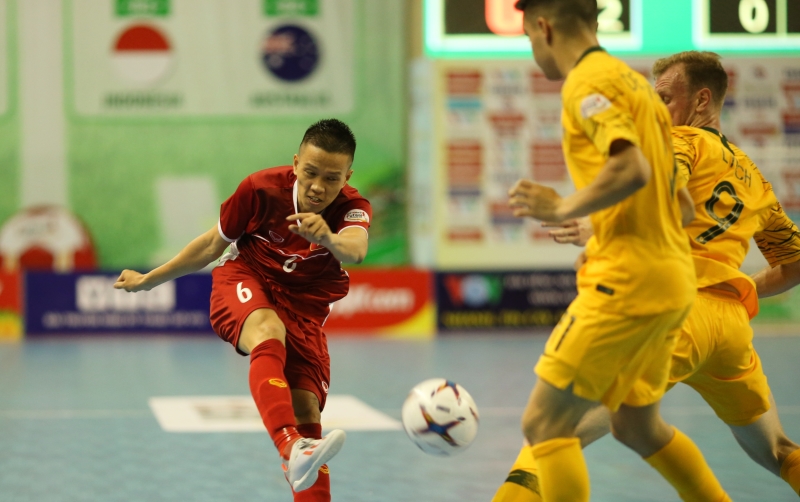 On the other hand, Vietnam put up some tough resistance to beat Australia 2-0 in the final game of the evening.

Following a first-half deadlock, Nguyen Man Dinh latched on to a corner in the 28th minute to score as Nguyen Minh Tri then finished things off with a well taken shot from the second penalty mark.

“This is the first time that Vietnam have ever beaten Australia and so it will be a good motivation for us for the next game,” added Vietnam head coach Miguel Rodrigo. “We had to play smart as we know the abilities of our players and today we were disciplined in our tactical understanding.”